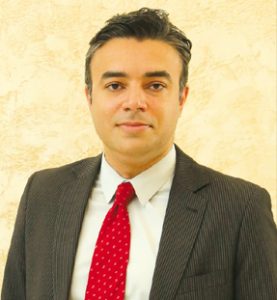 New Delhi. 01 February 2016.  BAE Systems gets a new India Head.  Nik Khanna has joined as the Managing Director of its India operations with effect from 1st February 2017.

Nik joins the Company from Raytheon where as Country President he led business development, marketing and strategy in India for the last four years. Prior to this he was Associate Vice-President at The Cohen Group.  Nik has also served as Aerospace & Defense Director at the U.S-India Business Council.

Nik will steer the Company towards achieving its vision and ambition for India, building on the Company’s track-record of sharing its knowledge, skills and technology in Air, Land, Sea, Cyber and Advanced Electronics with Indian industry.

Nik takes charge shortly after the Company was awarded a contract from the U.S. Department of Defense to provide 145 M777 ultra-lightweight howitzers to the Indian Army through a Foreign Military Sale between the U.S. and Indian Governments. BAE Systems’ flagship air programme in India – the Hawk advanced jet trainer, in association with Hindustan Aeronautics Limited, is also well placed for the future.

Based in New Delhi, Nik will join the BAE Systems India Board, chaired by Deepak Parekh, Chairman of HDFC Ltd, and will lead the Company’s growth strategy anchored in a focus on ‘Make-in-India’. The Company will continue to expand and strengthen its partnerships with domestic industry. It has recently selected Mahindra as business partner for the in-country Assembly, Integration & Test facility for the M777 Ultra Lightweight Howitzer making India a fundamental part of the M777 production line.

Nik commented “BAE Systems holds a pre-eminent position in the industry and I look forward to contributing to the Company’s continued growth and development in India.”