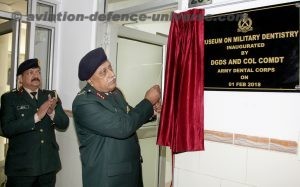 New Delhi . 02 February 2018. Army Dental Corps is celebrating its 77th Raising Day today with zeal and fervour in all Dental Centres spread across the three services; Army, Navy and Air Force at different parts of the country.

The main event was held at Army Dental Corps (Research & Referral), Delhi Cantt. where Director General Dental Services (DGDS) and Col Commandant, Army Dental CorpsLt General TK Bandyopadhyayinaugurating a museum on Military Dentistry depicting the heritage of the Corps in all aspects its service to the nation. 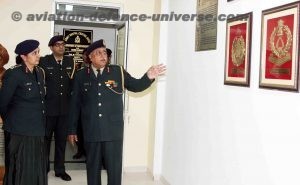 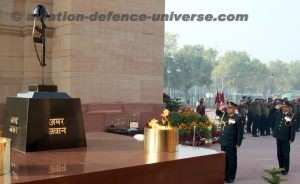 From a humble beginning in 1941 with eight Dental Officers, the Army Dental Corps is now an elite service of the Indian Armed Forces with 725 officers and nearly two thousand other ranksdedicated to looking after the oral health requirements of our soldiers, their dependents and Ex Servicemen. The dental treatment facilities of the Corps are based on a model where prevention of oral and dental disease is given top most priority.

In sync with the structure of the Armed Forces, the Army Dental Corps too is a multi-cultural society with the largest proportion of lady officers adding value to the profession. The Corps has carved a niche in the field of Military Dentistry and has undergone rapid transformation in technology, training and physical infrastructure in consonance with the evolving requirements of the patients as well as the changing operational scenario. 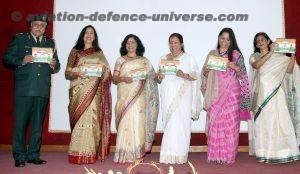 In Delhi NCR too, the occasion was marked by a series of events befitting the same which was attended by a galaxy of veterans, their spouses, senior representatives from all other Arms and Services of the Armed Forces besides the serving personal of the Corps. General TK Bandyopadhyay also conveyed his felicitations to one and all via a special SainikSammelan. A blood donation camp was also held at the venue where many donated blood.

Army Dental Corps is working in unison with the primary mission being to excel in treatment delivery and complementary mission to foster creativity, innovation and leadership qualities. The Corps has always followed the motto of “Service Before Self” thus ensuring best oral health care to the troops, their families and dependents in both peace time as well as the operational scenario.