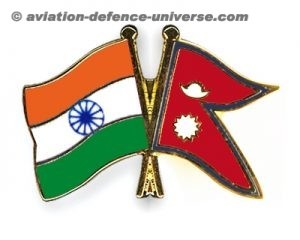 New Delhi. 22 May 2020. Rarely in the recent past has India’s focus on disturbed bilateral ties shifted from China and Pakistan. But in the last fortnight it is our friend in all times Nepal which is in spotlight and has deviated India from it’s centre of attention as Nepal has taken an adversarial stand and released a controversial map showing Indian territories of Lipulekh, Kalapani and Limpiyadhura in Uttaranchal as its own. But the point to ponder is that why has Nepal created this cartographic deviation?

It definitely seems to be a reaction to the eighty kilometres long newly constructed link road which connects Pithoragarh with Lipulekh Pass, which is a strategic road which touches the India-China-Nepal trijunction and was inaugurated by Defence Minister Rajnath Singh on 8 May. The newly constructed road will be beneficial to the Indian security force personnel posted at the Line of Actual Control (LAC) and will also be advantageous for the travellers of Kailash Man Sarovar. Three days after the inauguration of the road, Nepal Foreign Office summoned Indian ambassador on 11 May and protested through a diplomatic note against the construction of this road.

The Foreign Ministry of Nepal issued a strong message against the inauguration of the road and stated that it was a breach of an agreement between both the countries. The statement also mentioned that “This unilateral act runs against the understanding reached between the two countries including at the level of Prime Ministers that a solution to boundary issues would be sought through negotiation”. The statement referred to  the agreement between Prime Minister Narendra Modi and Nepalese Prime Minister Sushil Koirala in 2014 where it was mentioned that all outstanding boundary issues would be sorted out by Foreign Secretaries.

India has responded to the revised map of Nepal strongly the same day and the Ministry of External Affairs official spokesperson Anurag Srivastava said, ” the Government of Nepal has released a revised official map of Nepal today that includes parts of Indian territory. This unilateral act is not based on historical facts and evidence. It is contrary to the bilateral understanding to resolve the outstanding boundary issues through diplomatic dialogue. Such artificial enlargement of territorial claims will not be accepted by India. Nepal is well aware of India’s consistent position on this matter and we urge the Government of Nepal to refrain from such unjustified cartographic assertion and respect India’s sovereignty and territorial integrity. We hope that the Nepalese leadership will create a positive atmosphere for diplomatic dialogue to resolve the outstanding boundary issues.”

The following day Ministry of External Affairs (MEA) also issued a statement mentioning that the current road is within the territory of India. It stated, “The road follows the pre-existing route used by the pilgrims of the Kailash Mansarovar Yatra. Under the present project, the same road has been made pliable for the ease and convenience of pilgrims, locals and traders. India is committed to resolving outstanding boundary issues through diplomatic dialogue and in the spirit of our close and friendly bilateral relations with Nepal”.

It may be recalled that in Nepal Prime Minister K.P.Sharma Oli and Pushpa Kamal Dahal “Prachanda” are both co-chairmen of the ruling Nepal Communist Party (NCP), issued separate statements but mentioned that building the road when the world is fighting from coronavirus is “deplorable” and pleaded that both India and Nepal should solve the issue. Few student unions especially affiliated to ruling Nepal Communist Party including All Nepal National Free Students Union (ANNFSU) protested outside Indian Embassy in Kathmandu regarding the building of the new road.

Nepal proclaims that Kalapani is integral part of their Darchula Jilla in the Sudurpashchim Pradesh , one of the seven provinces established by the new constitution of Nepal which was adopted on 20 September 2015. It borders the Tibet Autonomous Region of China to the north, Karnali Pradesh and Province No. 5 to the east, and the Indian states of Uttarakhand to the west and Uttar Pradesh to the south. Initially known as Province No. 7, the newly elected Provincial Assembly adopted Sudurpashchim Pradesh as the permanent name for the province in September 2018. The province is coterminous with the former Far-Western Development Region, Nepal.

India’s claim to  Kalapani dates back to British Era. The administrative and revenue records dating back to 1830s (available with the UP state government), show that Kalapani area has traditionally been administered as part of Pithoragarh district. Vide Article 5 of the Segauli Treaty (1816), Nepal had renounced all claims to areas ‘lying west of the river Kali’. The Kali (now Mahakali) river thus evolved into a well-identified border demarcation in the west.

Significantly, British India conducted the first regular surveys of the upper reaches of the river Kali, in the 1870s. A map of 1879 vintage shows the whole Kalapani area as part of India .

For the first time on May 13 Nepal deployed 25 soldiers of Armed Police Force (APF) near Kalapani at Chhangru and they are regularly patrolling the area.

Nepal strongly refuted Indian army Chief General Manoj Mukund Naravane’s comment that Nepal might be protesting on behest of someone else. He made it clear that there is no dispute on the land hence the reason of the protest of Nepal is difficult to comprehend. Nepalese Foreign Minister Pradeep Gyawali mentioned that Nepal will never accept the intrusion of any other country in the internal matter of Nepal. The Himalayan Kingdom has friendly relations with both China and India, but it follows a non-aligned foreign policy.

At present Prime Minister Oli is facing trouble from Pushpa Kamal Dahal Prachanda as several important leaders of the Communist Party are supporting Prachanda. Oli has support of China and its intelligence agency Ministry of State Security (MSS) which is very active in Nepal is also clandestinely supporting Oli. The construction and inauguration of road is being exploited by opposition parties as well as by Prachanda. On the other hand, Oli is also using the issue of new road construction to enhance anti-India feelings.

On 18 May China made it clear that “Kalapani is an issue between Nepal and India” but facts indicate that Nepal raised this issue on behest of China. Lipulekh Pass in Kalapani is strategically important as India keeps a watch on Chinese movements from here. The Indo-Tibetan Border Police (ITBP) maintains a post at Kalapani. China is creating tension between India and Nepal as at present the relations between China and Nepal are very cordial. Oli is also trying to benefit from rising anti-India sentiments.

The present road is a result of an agreement between India and China in 2015 as it was decided to develop border post of Lipulekh Pass into a trading post between China and India. Hence China’s instigation to Nepal is with malafide intentions. Before Nepal China also instigated Pakistan against India and on 30 April Pakistan Supreme Court passed a judgement that the government can hold elections in Gilgit & Baltistan. Both are parts of Kashmir and are under illegal occupation of Pakistan.

The relations between China and Nepal are becoming stronger. Chinese President Xi Jinping visited Nepal in October 2019. It was the first visit by a Chinese head of state in 23 years. China wants Nepal to become an important participant in its Belt and Road Initiative (BRI). Chinese Ambassador to Nepal had several meetings with the leaders of different factions of Communist Party of Nepal so that Oli’s government continues. At present Oli’s government is much closer to China than India.

Prime Minister Modi’s policy of ‘Neighbourhood First’ was a welcomed initiative but the progress on the initiative could not produce desired results. China has deep pockets and it extended loan and financial assistance for construction of huge infrastructure projects to several countries. The policy was also not very successful because of inflexible policies of Indian bureaucrats. The present Kalapani dispute clearly indicates that India has to be careful while dealing with Nepal as it is working on behest of China and against the interests of India.

There is a strong anti-India lobby in Nepal which is financed and abetted by MSS of China and Inter Services Intelligence (ISI) of Pakistan. Hence India should also try to inculcate a formal channel of communications where impartial Nepalese can bring all issues together and convince masses about the assistance rendered by India.

At present China is facing anger of several countries because of inconsiderate handling of COVID-19 disease. Numerous companies are trying to windup there business from China while few countries have reduced their purchases. President Trump is also repeatedly issuing statements against China and trade issues between both the countries are not solved.  Several countries are also feeling threatened because of Chinese actions in South China Sea. U.S. is extending defence cooperation to Taiwan, Vietnam and India which is not liked by China.

There were border skirmishes between Indian and Chinese troops along the Line of Actual Control (LAC). Indian and Chinese troops first fought in eastern Ladakh near Pangong Lake on 5 May. Again, on 9 May troops of both the countries clashed at north Sikkim. Several soldiers of both sides were injured in these clashes. The possibility that China may go for few more clashes with India to distract world attention is not ruled out.

And amidst all this Nepal has understood which side of its bread will remain buttered. It has concluded that pleasing big brother China by creating territorial lockhorns with India will be both an international and a domestic card well played.

(Jai Kumar Verma is a Delhi-based strategic analyst and a retired senior intelligence officer. He is also member of United Services Institute of India and Institute for Defence Studies and Analyses. The views in the article are solely the author’s. He can be contacted at [email protected])