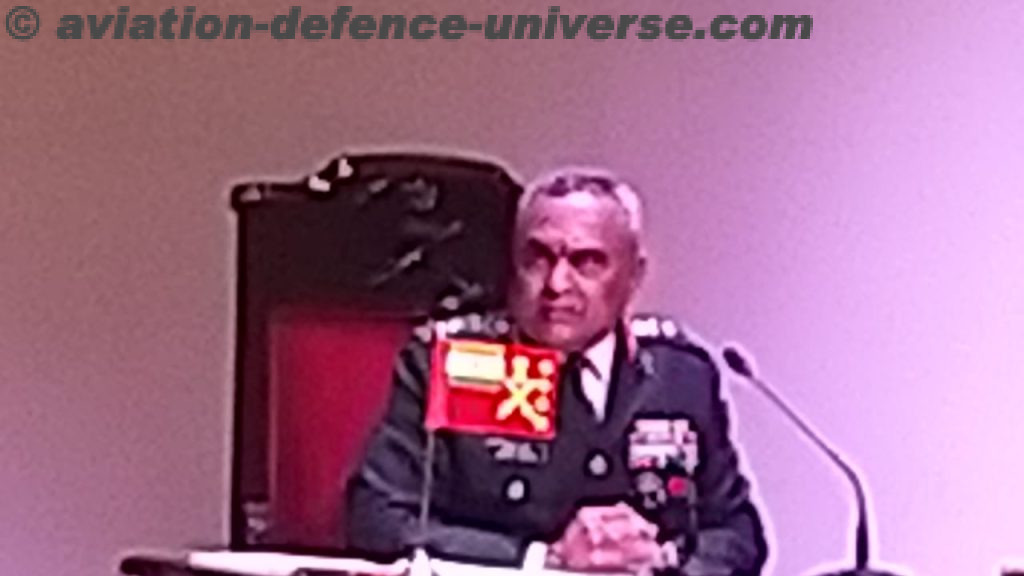 New Delhi. 12 January 2023. It was a moment of pride and glory for the technical arms of the Indian Army when one of them was not only the incumbent on the seat of the Army Chief but  was also the most important strategist in the plan to keep the nation safe.  And in his maiden press conference General Manoj Pande, Chief of Army Staff took the questions thrown by the media with confidence and  reiterated  that India was in safe hands  and Indian Army is prepared to deal with any situation.

“There is a  build up by the adversary in the eastern sector and we are constantly monitoring the developments here. The situation is stable and under control, yet unpredictable. You are aware of the ongoing talks where we have been able to resolve five out of seven issues that were on the table and we are continuing to talk both at the diplomatic as well as the military level,” he said.

The Army Chief also strongly stated that the preparedness level of Indian Army was of very high standard with , adequate forces and adequate reserves in each of  the sectors to be able to effectively deal with any situation or contingency. He informed that the strategic rebalancing of the troops has been completed.

“We have been able to maintain a very robust defensive posture and prevent any attempts from our adversary to unilaterally change the status quo in a firm and resolute manner,” General Pande said.

He strongly stated that the thrust of  the force is on ensuring connectivity development and increasing habitat infrastructure in the northern and eastern sectors. He lauded the role of Border Roads Organisation which had in the last five years constructed close to 6000 km of roads pan-India out of which 2100 km has been along the northern borders. Another important task they have undertaken is the upgradation of bridges and informed that 7450m length of bridges had also been constructed.

Peace has returned in North East but our vigil is strong , was the Chief’s stand on the Eastern Sector from Sikkim to Arunachal Pradesh. He informed that under the Frontier Highway project of 1800 kms, valleys of Arunachal will get connected as the plan has been re-energised and funding assigned and some work is already underway

He added, “In Ladakh, there is the Zojila tunnel as well as the Z-Morh tunnel which will link the valley to Ladakh. That will be operationalised by the end of the year. We will have all-weather connectivity from that side. Connectivity to Leh from the other side, the Atal tunnel is well known but there is also the Shinku la tunnel along Nemu-Padam-Darcha connecting Ladakh and Himachal Pradesh is in the final stages of approval.Once this happens, there will be all-weather connectivity from both sides to Ladakh.” It is connected with Srinagar. In addition, there is also a plan for alternate connectivity to the all-important to DS-DBO road through Saser la.”

The COAS also informed that in Eastern Ladakh habitat for close to 55,000 troops has been completed. There has also been heated accommodation for 400 odd guns and 500 A-vehicles which are tanks and infantry vehicles. Overall, 1300 crore has been spent in the last three years focussing on infrastructure and habitat in Ladakh. Then there are aspects of locally made Solar Heated Insulated Ladakhi shelters (SHILA), and Army is are looking at more green solutions like fuel cells to meet energy requirements. and there has been a marked improvement in terms of infrastructure on Indian side.

For someone who has seen BRO and MES functioning to complete infrastructure development in peace and border areas, the thrust on it by the military leadership is part of an astute startegy to match the adversarys’ plans of developing the border areas on it’s side.