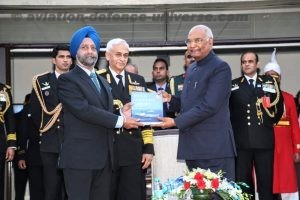 Indian Navy in 2018  surges ahead with  the undersea advantage

The force celebrates its raising day in a we have – we don’t scenario By Ranjit Rai New Delhi. Every year Indian Navy celebrates…

ASW: the resurgent discipline of the 21st-century

New Delhi. 30 November 2018. ASW has come roaring back onto naval agendas in recent years. Three decades ago, only a handful of major powers…