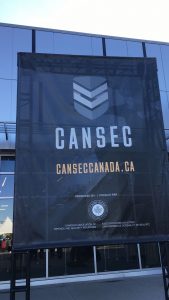 Ottawa. 29 May 2018. It is time again for CANSEC and all defence industry has descended on  the Canadian capital to showcase their capabilities at Canada’s Global Defence and Security Trade Show. With more than  135,000 sq feet indoors, 16,800 sq feet of outdoor  displays, 774 scheduled B2B/B2G meetings and more than 700 exhibitors, CANSEC 2018 promises to be one of the top most defence shows in North America , the biggest in Canada and the cynosure of  world’s eyes to see leading-edge technology, products and services for land-based, naval, aerospace and joint forces military units.

Demonstrations are being held over three days in Ottawa and on May 25 in Montreal to oppose the war show and express the anti-war stand of Canadians. CANSEC  will host U.S., Canadian , UK, Turkey, Saudi Arabia and Israel as well as other countries .

Platform manufacturers, Engine Makers, Avionics and Electronics, Battle Management  Systems, Robotics ,  Drones, leasing & finance- you name the manufacturers or OEMs and their ancillary companies along with official delegations all promise to attract attention at CANSEC this year.

So keep your eyes on ADU’s special section on CANSEC for regular updates.

Published in CANSEC 2018. and Latest News