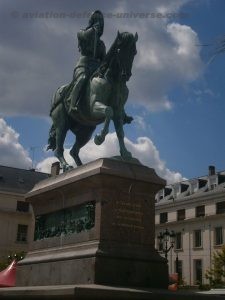 Orleans/New Delhi. 09 May 2020. A visit to the city of Orleans and your French Pilgrimage is complete. For someone who has been battle tracking, the city which was in the eye of the storm nearly 600 years ago, saw the Hundred Years War, a nearly century-long series of royal-family disputes over rights to the French throne, had left  France in disarray and an easy prey for the invading English Army, which won a string of victories against demoralized French forces and was the city of Joan of Arc – Orléans which is located in the northern bend of the Loire, which crosses from east to west.

By 1428, an Anglo-Burgundian alliance controlled most of northern France. The English began a siege against Orleans, the last city north of the Loire River that remained in French hands, in October 1428.Joan of Arc, a peasant girl from the French village of Dormremy in Lorraine province, had heard religious voices since she was 13 years old.  In 1428, the 17-year-old had visions of St. Michael, St. Catherine and St. Margaret telling her to save Orleans. In February of that year, she traveled through enemy Burgundian territory to meet with the uncrowned French King Charles VII.

She convinced Charles to give her a small army to lead to Orleans; she arrived at the city on April 29. Despite indignant protests from existing commanders, she quickly proved to be an inspiration to the beleaguered troops and gained admiration for her strategic prowess and her piety. She led the army to a series of victories, and on May 8, just nine days after her arrival, the English ended the siege.

She remained with the French army as it defeated the English in other parts of northern France. That summer, she stood beside Charles VII as he ascended to the throne at Reims after driving the Burgundians from the city.

Joan continued leading troops into the spring of 1430; on May 23, while defending the city of Compiegne from an Anglo-Burgundian siege, she was captured by a Burgundian soldier and sold to the English.

King Charles VII refused to negotiate for her release and she was put on trial for heresy at an English court in Rouen, France, in January 1431. She was accused of using witchcraft to defeat the English and “claiming divine revelation and in placing more reliance on such supposed revelation than on the authority of the church,” explains History World. She also faced the charge of wearing men’s clothing.

She was given many chances to admit that she had not had divine revelations, but she refused. She was found guilty of being a heretic and sentenced to death. She recanted her beliefs and was given the reduced sentence of life imprisonment.

In her letter of abjuration, she wrote, “I confess that I have most grievously sinned in falsely pretending to have had revelations and apparitions from God, His angels, St. Catherine and St. Margaret; in seducing others; in believing foolishly and lightly; in making superstitious divinations, in blaspheming God and His Saints; … also in bearing arms most presumptuously; in cruelly desiring the shedding of human blood; in declaring that I did all these things by the command of God.” 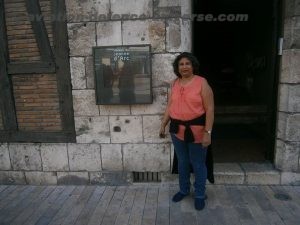 Three days later, however, she claimed that she still held her original beliefs. Joan of Arc was declared a relapsed heretic burned at the stake on May 30, 1431. In 1456, Joan was retried posthumously by the Catholic Church and declared innocent. She was beatified in 1909 and canonized by Pope Benedict XV in 1920.

The city is a bustling modern french city and has very few reminders of its medieval past apart from a statue of its most famous citizen in the city centre Place du Martroi and has a museum of Joan of Arc in the building which was supposedly her home. But the city’s inhabitants have continued to remain faithful and grateful to her to this day, calling her “la pucelle d’Orléans” (the maid of Orléans). They had offered her a middle-class house in the city and contributed to her ransom when she was taken prisoner.