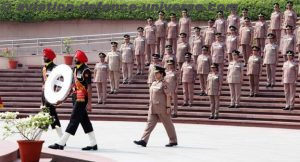 ew Delhi. 01 October 2022. With commemorating the illustrious stories of courage, compassion and care, Military Nursing Service celebrated its 97th Raising Day on 01 Oct 2022.To commemorate the occasion, Major General SmitaDevrani, Additional Director General of Military NursingService  laid wreaths at the National War Memorial and paid tributes to medical personnel who have made the supreme sacrifice in the line of duty.

Marking the beginning of yet another year of commitment and dedication, a solemn Florence Nightingale oath taking, and a cake cutting ceremony by MNS Officers of Delhi Garrison was held at MNS Officers’ Mess, Army Hospital (R&R) in Delhi Cantt.

A social get together was organized at MNS offrs mess AH(R&R) Delhi Cantt to celebrate the occasion. Chief of the Army Staff General Manoj Pande and Chief of the Air Staff Air Chief Marshal V. R. Chaudhary graced the occasion along with DGAFMS, Senior officers of the station from the tri services and veteran MNS officers. 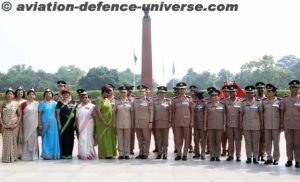 Permanent Nursing service for Indian Army was raised as part of Indian Army on 01 Oct 1926 and designated as Indian Military Nursing Service (IMNS). The IMNS made a humble beginning and their work was universally acclaimed. With the promulgation of the military ordinance on 15 Sep 1943 the Military Nursing Service was permanently established as part of the Armed Forces and the members of the service became commissioned officers. 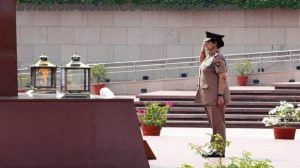