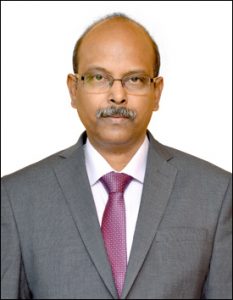 Gowtama was transferred to the Hyderabad Unit in May 1986. At Hyderabad Unit, he worked in the D&E, Testing, System Integration, Installation & Commissioning groups of Ajanta project till 1998. His team developed in-house the high voltage power supplies for Ajanta. He completed MTech in Advanced Electronics from Jawaharlal Nehru Technological University, Hyderabad, while in service.

From 1998 to 2006, he worked on the Sangraha programme of the Indian Navy. With ToT from DLRL, his team developed different ESM systems for submarines, helicopters, medium and long-range aircraft. They also developed in-house a light-weight ESM system for small ships called Sanket.

Traditionally, project teams at Hyderabad used to look after ToT, development, testing and and commissioning activities. However, a new D&E division was established in 2006 to address future businesses in line with the new defence procurement policy and Mr Gowtama had the opportunity to lead this D&E group as AGM. He was able to establish strong R&D teams at Hyderabad Unit for product / sub-system development, engineering for different platforms and development of complex software.

M V Gowtama took over as GM (Technology Planning) at BEL’s Corporate Office in Bangalore on February 1, 2010. Later he served as GM (Milcom) / BEL-Bengaluru and was Executive Director (Missile Systems) / BEL-Bengaluru till his elevation as CMD, BEL.

M V Gowtama was born on June 26, 1961, in Tenali, the small yet famous town of Andhra Pradesh. He completed his B.Tech in Electronics and Communications from Sri Venkateswara University College of Engineering, Tirupati, in 1983.