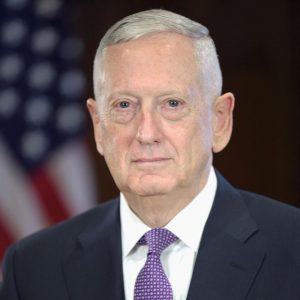 Team ADU with inputs from US DOD

Washington. 20 January 2017. The Change of guard at White House also saw a change of guard at Pentagon. By a 98-1 vote, the US Senate confirmed retired Marine Corps Gen. James Mattis to be the 26th secretary of defence, and Vice President Michael R. Pence administered his oath of office shortly after the new government became functional.

After General George C. Marshall Mattis is the first retired general officer to become the Defence Secretary and the Congress had to  pass a waiver as law requires former service members to have been out of uniform for at least seven years to serve as defense secretary and for  Mattis it has been just three plus years since he hung the uniform.

Mattis is a veteran of the Gulf War and the wars in Iraq and Afghanistan. His military career culminated with service as commander of U.S. Central Command. He served as a rifle and weapons platoon commander, and as a lieutenant colonel, he commanded the 1st Battalion, 7th Marines in Operation Desert Storm. In Afghanistan, he commanded some of the first troops to go into the country. In the Iraq war, he commanded the 1st Marine Division in the drive to Baghdad in 2003.

He was instrumental in publishing the Army and Marine Corps counter insurgency manual when he served at Marine Corps Developmental Command in Quantico, Virginia. He then commanded the 1st Marine Expeditionary Force before being chosen for four-star rank as the commander of U.S. Joint Forces Command and NATO’s Allied Command Transformation in 2007. He was named Centcom commander 2010.

Mattis is a student of the study of war. Former Defense Secretary William S. Cohen called Mattis “a man of thought as well as action,” when he introduced him at the Senate Armed Services Committee confirmation hearing last week.

The world is awash in change, Mattis told the committee. “Our country is still at war in Afghanistan, and our troops are fighting against [the Islamic State of Iraq and the Levant] and other terrorist groups in the Middle East and elsewhere,” he said. “Russia is raising grave concerns on several fronts, and China is shredding trust along its periphery.”

The “islands of stability” in the world are under attack by non state actors and rogue nations, Mattis said. “Our armed forces in this world must remain the best-led, the best-equipped and the most lethal in the world,” he added.

He told the committee that he will be “the strongest possible advocate for military and civilian personnel and their families” and that he will “foster an atmosphere of harmony and trust at the department with our interagency partners and the congressional committees.”

The secretary told the committee that alliances and collaborations with other countries are a necessity in this changing world. “History is clear,” he said. “Nations with strong allies thrive, and those without them wither.”

Mattis said his priority as defense secretary will be to strengthen military readiness, strengthen U.S. alliances and bring business reforms to the Defense Department.

“Our military is the envy of the world, representing America’s awesome determination to defend herself,” he said. “Working with you, I will endeavour to keep our unique all volunteer force second to none.”