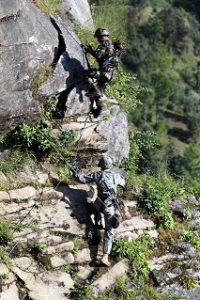 The exercise was the twelfth in the YudhAbhyas series, which started in the year 2004 under US Army Pacific Partnership Program. It strengthens and broadens interoperability and cooperation between the Indian and US armies. It is the third Indo-US Army exercise at Chaubattia, Uttarakhand and complements number of other exchanges and exercise between the forces.

Over the years the two countries have decided to progressively increase the scope and content of the combined exercise and Exercise YudhAbhyas 2016 has witnessed a Brigade Headquarter based Command Post Exercise, an Infantry company carrying out Field Training Exercise and discussions on issues of mutual interest by experts of both countries. The exercise provided an ideal platform for the personnel of the two countries to share their experiences on counter insurgency and counter terrorist operations, especially in the mountainous terrain. 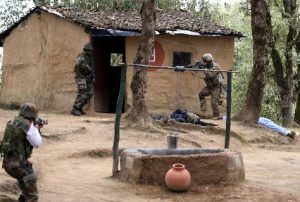 The exercise curriculum was planned progressively where the participants were initially made to get familiar with each other’s organizational structure, weapons, equipment, and tactical drills. Subsequently, the training advanced to joint tactical exercises wherein the battle drills of both the armies are being coherently practiced. The Joint Drills included Room Intervention, Cordon and Search in Counter Terrorist Operations, Jungle Lane Shooting, Reflex Shooting, Long Range Firing and Cliff Assault Techniques. 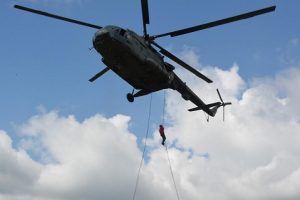 The commanders and staff officers of both sides were also exercised to work in close coordination to receive and collate intelligence and to issue suitable operational orders to the combined field training components, who executed these orders on ground in simulated realistic situation, in the Command Post Exercise covering all the planning aspects.

The bilateral training was brought to a meaningful culmination by conduct of a final validation exercise in which all the learning mutually imparted by both armies will be put to test on ground. Troops would be inducted by helicopters into a notional hostile area to neutralize terrorists, as part of the exercise. The exercise is being conducted within the scope of Counter Insurgency and Counter Terrorism Operations under the charter of the United Nations. 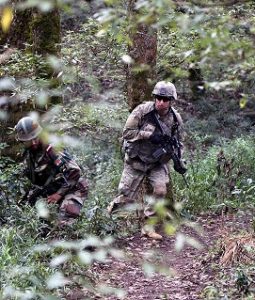 The exercise began with a march of approx 6 kilometers with complete battle loads of almost 30 kilograms on each soldier; where in the physical fitness of the soldiers of both nations is put to acid test. The tactical picture painted required both the contingents to carry out various tactical operations to include Raid and Cordon & Search operations.

Emphasis is also laid on use of state of the art equipment for surveillance, tracking and identification of terrorists, use of specialist weapons for close quarter battles, sensing & neutralizing IEDs and establishing effective communication.

The validation exercise was reviewed by Major General RK Raina, General Officer Commanding of a Division of the Indian Army and Major General Thomas James, Commanding General, 7 Infantry Division of the US Army. A host of dignitaries and number of Senior Officers of both the armies observedthe validation exercise.
The exercise was concluded with de-briefing by the contingent commanders and valuable suggestions by the senior reviewing officers of both sides, which would be recorded for implementation in the training by both armies.