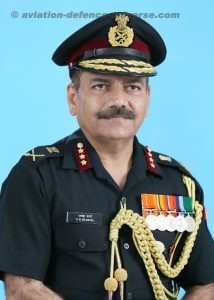 New Delhi. 17 November 2018. “There isn’t another hospital, in the Indian armed forces which has nearly all sub-specialties under one roof. We are the last court of appeal. It is the only hospital commanded by a Lt. General. But our greatest achievement lies in the fact that the patient goes back satisfied and treated,” said Lt. General UK Sharma, Commandant, Army Hospital R & R, the lifeline of medical hope of the Indian Armed Forces in an exclusive interview to Aviation & Defence Universe (ADU).

Army Hospital Research and Referral (R&R) in New Delhi is the flagship of Armed Forces Medical Services, providing cutting-edge services to its clientele. It is the ‘jewel in the crown’ of the corps. Twenty-seven super-specialty departments at this hospital are geared to make it second to none in the country.

“Advanced medical technology is the forte of our hospital. It aims at giving satisfying solutions to the health requirements of serving and retired personnel of the Armed Forces. We don’t say no to emergencies and on a humanity call treat civilians whenever required, but the hospital is for entitled people only. First Aid to anyone can be given,” he added. 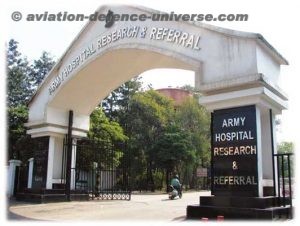 Lt Gen. Sharma was one of the commissioning crew of R&R as a young nephrologist during its Inception in July 1997. His second tenure to the hospital was from 2009-2012 and the third one from 1st April this year as the Commandant. In his first tenure he did the first Cadaver Kidney transplant on 6th August 1998, which is an achievement in itself.

Having begun with kidney, liver, heart and corneal transplants, we hope to have a skin bank and a bone bank.

We take pride in all our expertise and am happy to tell you that eight to nine open heart surgeries are performed every week here. The department is well-equipped to perform all kinds of cardiac and thoracic surgeries. It has pioneered the concept of “warm heart surgery”. Unlike conventional cardiac surgery where the patient is cooled while undergoing cardio-pulmonary bypass, here he is warmed to a body temperature of 37o Celsius.

He also enthusiastically elaborated on the gastroenterology department’s achievement of maintaining a complete data on hepatitis and has a 100 per cent follow-up of all hepatitis cases. The medical fraternity of India gets the most authentic data on this common disease from this department.

“We treat SAARC nation’s armed forces’ patients here too. There is a quota for each country. MEA gives a sanction and payment comes from MEA. Exchange programme with CIS nations for doctors and para medics. There are two missions going to Uzbekistan and one to Egypt. Return visits are MEA-MOD joint decision,” he apprised.

Being a nephrologist by profession Gen Sharma feels that the Nephrology and kidney transplant departments provide comprehensive care for diseases such as acute and chronic renal failure. The department has a historical chart of achievements and success stories of cadaver transplants are many,” he added.

Diverting a little from the departmental details Gen Sharma excitedly said that the R&R is a Teaching Hospital teaching Graduate and Post Graduate doctors. It also has a full fledged nursing college which trains nurses as per the most updated syllabus. “In 2014 we were adjudged the best teaching hospital by National Board of Examinations. National Capital Foundation gave us the best hospital administration award,” he said.

Coming back to the capability of the hospital he reiterated that the neurosurgery department is one of the best neuro-surgery departments in the country in terms of facilities. “The department created a record by carrying out the first cervical disc replacement and bi-level cervical disc replacement in Asia in 2002 and 2003 respectively. It has been equipped with facilities for image guided surgery, stereotactic surgery and X-knife surgery,” he told.

“We have the best and world class doctors and treatment for the dreaded disease cancer. Oncology and onco-surgery maintain international standards in terms of extending services to the clientele. Radiology department provides a comprehensive radiological services under one roof. All types of radiological investigations such as conventional radiography, mammography, ultrasound, colour Doppler examinations, CT scan, MRI scans and all types of interventional radiological examinations are being routinely performed at this department,” he briefed.

Gen Sharma enlightened that the first human patient simulator in India, was acquired by R&R Hospital to impact training in resuscitation. The simulator can mimic medical emergencies and can appropriately respond to the intervention made or drugs administered.

The list of departmental achievements is long and success stories unlimited. Gen Sharma was very happy with another growth in the campus which is the administrative growth.” We wanted the service road beyond the gate on the Dhaula Kuan side only for the hospital patients and the Delhi Police was very helpful about it. Patient should be facilitated fron the entry point itself and to avoid unwanted elements to enter we have the system of keeping the licenses of the drivers and bar coded passes being made. The hospital looks forward to having a multi layered parking in order to decongest the campus,” he said. 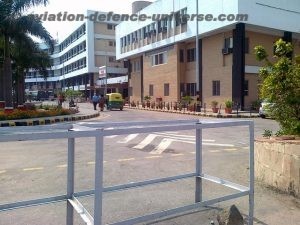 He is also very optimistic about the patients’ getting the medicines without any hitches and feels that the effort should always be there to ensure that both serving and ECHS counters have self sufficiency.

“It is also a great effort to ensure that families of admitted patients get the facility to stay in the campus at Ashiana, the transit camp for officers and other ranks too, so as to be able to be with their patients. We try our best to accommodate every one and ensure that the families have facilities of board & lodging. Our Administration wing under the Brig. IC Adm looks after their interests. Complaints are always welcome as we are confident they will help us to improve,” ended Gen Sharma on a positive note.

Published in Indian Army and Interviews