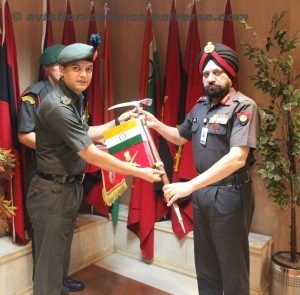 New Delhi. 13 August 2018. In pursuit of achieving greater heights in the field of mountaineering, Indian Army is planning to attempt Mt Makalu (8485M), the fifth highest mountain peak in the world in 2019.  As a precursor to it, an expedition to Mount Kamet (7756M), Joshimath District Chamoli, Uttarakhand is being conducted under the aegis of Army Adventure Wing in August-September 2018.

The expedition was flagged off from Delhi by Director General of Military Training on 13 August 2018. Mt Kamet is the 3rd highest peak of India after Kanchanjanga & Nandadevi and is the only highest peak available to climb within the country. 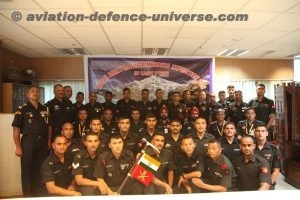 47 member team led by Maj Manoj Joshi will leave for Joshimath from Delhi on 16 Aug 2018.  The team will establish the Base Camp at Vasudhara lake and Advance Base Camp at Purvi Kamet Glacier. Team after establishing four camps will attempt summiting the peak in last week of September 2018.