Courtesy : Lockheed Martin
New Delhi. 01 December 2017.On the occasion of Navy Day 2017, Lockheed Martin is more committed than ever to support the Indian Navy in achieving its regional and global aspirations.With a coastline of almost 8,000 km, India requires and has a strong Navy that needs to be well equipped for the threats of not just today, but tomorrow also.

Lockheed Martin in India
Lockheed Martin is the world’s largest defense contractor, and has been present in India for more than 25 years. The Indian Air Force operates two squadrons of the C 130J Super Hercules tactical airlifter. We have also supplied the emergency communication system for the Scorpene program of the Indian Navy. The India Innovation and Growth Program which was founded by the GoI’sDepartment of Science & Technology and Lockheed Martin, is now in its eleventh year of existence and has contributed almost $1 billion towards India’s GDP so far.Last year we embarked upon a cyber education program in partnership with the Data Security Council of India. Finally, we have two very successful Joint Ventures in Hyderabad, manufacturing aero structures of the C 130J aircraft and cabins of the S-92 helicopter. Both these JVs are now a part of our global supply chain.These are examples of our commitment to work with local partners in whichever country we decide to do business. We believe that this approach is good for us, good for our local partner and good for the end customer.

Capabilities for the Indian Navy 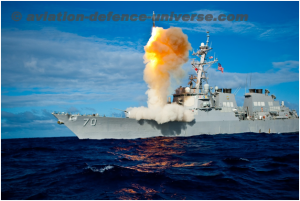 Lockheed Martin is committed to supporting the Indian Navy’s‘Indian Maritime Security Strategy – 2015’, by working with local industry and through an effective training & performance based logistic plan.

Integrated Air and Missile Defense
Lockheed Martin’s Aegis is the maritime solution for IAMD (Integrated Air and Missile Defense), being the only proven solution in the world that can counter such threats at sea. Aegis has been adopted by six Navies and is now operational on-board more than 100 warships worldwide. Aegis has evolved over the decades in accordance with a very robust tech insertion and capability upgradation plan, so that it is always capable of neutralizing future threats. The initial configuration of the system was based on Military grade computers, which is being replaced by Commercial off-the-shelf (COTS) hardware.Today’s computers are completely COTS. The combat capabilities have also evolved – from an initial Anti Air Warfare to area defense in a high clutter environment. Today’s Aegisis capable of handling Integrated Air and Missile Defense (IAMD) alongwith Ballistic Missile Defense (BMD). The evolution of Aegis will continue as newer threats continue to evolve.Since the system is based on an open architecture solution, it can be successfully interfaced with buyer nominated equipment.
Lockheed Martin’s role in every Aegis program is not limited to the design and manufacture of the weapon system, radar and launchers. Lockheed Martin does the complete system engineering and integration. Lockheed Martin also designs the combat system spaces and deckhouses onboard ship during ship design by working very closely with the shipyard during installation, integration and trials. Finally, Lockheed Martin providesfor training and maintenance support. Therefore, there is a lot that Lockheed Martin can do in collaboration with the local industry. 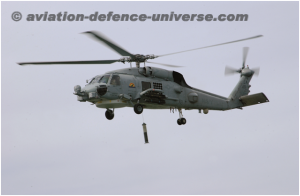 Sikorsky, a Lockheed Martin Company has rotary wing solutions for every conceivable Naval requirement or threat – be it Search and Rescue (SAR), Surface Warfare (SuW) and Anti Surface Warfare (ASuW). While the S-76 utility helicopter is very effective in SAR, the CH-53K is the only one of its kind in the world for heavy lift operations. The Sea hawk™ is by far the most complex and capable ASW helicopter in the world today.The Sea hawk has two variants – the US Navy MH-60R and a commercial variant of the S -70B. The MH-60R is currently operated by the US Navy, Royal Danish Navy, Royal Australian Navy and soon, the Royal Saudi Navy. There are more than three hundred MH-60R helicopters in service today globally. These employ the latest generation of processors to make the platform extremely capable, shifting the advantage from the submarine to the aircraft. The MH-60R has evolved over three decades, and it employs weapons and sensors chosen and certified for today’s threats. Powerful mission processors build complete situational awareness, presenting actionable knowledge to the aircrew. Data links share information across platforms for fast decision-making and fighting efficiency. The MH-60R is fully capable of undertaking several secondary missions, and the aircraft continues to evolve to take care of obsolescence as well as to cater for future threats. 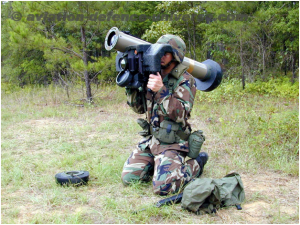 The world’s premier shoulder-fired anti-armor system, Javelin takes the fight to the enemy. The combat proven Javelin automatically guides itself to the target after launch, allowing the gunner to take cover and avoid counterfire. Soldiers or Marines can reposition immediately after firing, or reload to engage another threat. Using an arched top-attack profile, Javelin climbs above its target for improved visibility and then strikes where the armor is weakest. Javelin was developed and produced for the U.S. Army and Marine Corps by the Javelin Joint Venture (JJV) between Raytheon and Lockheed Martin. The JJV is committed to supporting the special operations requirements of the Indian Navy.