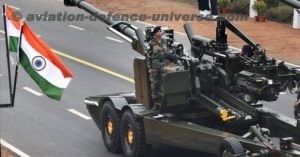 The ordnance including barrel and breech mechanism, on both variants of ATAGS, is developed at Kalyani Group Advanced Artillery Manufacturing Facility. The achievement of this historical feat reaffirms Kalyani Group’s expertise in metallurgical knowledge and state-of-the-art manufacturing technology. 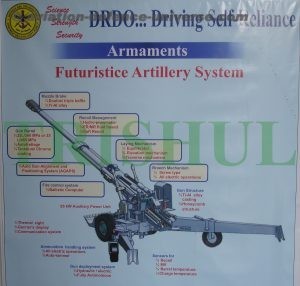 The Advanced Towed Artillery Gun System (ATAGS) project was started in 2013 by DRDO to replace older guns in service in the Indian Army with a modern 155mm artillery gun. Armament Research and Development Establishment (ARDE) partnered with Kalyani Group, Tata Power and OFB for this purpose.

The development of the gun took about 4 years and is expected to be complete by March 2017. The delay in completion of the project was attributed to realization of ordnance and recoil system and supply issue with manufacturing of sub-systems. The gun’s start user trials have started and production is expected to start in 2019. It was first publicly showcased at 68th Republic Day parade on 26 January 2017.

The gun consists of a barrel, breech mechanism, muzzle brake and recoil mechanism to fire 155 mm calibre ammunitions with a firing range of 40 km. It has an all electric drive to ensure reliability and minimum maintenance over a long period of time. It has advanced features like high mobility, quick deployability, auxiliary power mode, advanced communication system, automatic command and control system with night capability in direct fire mode. The gun is two ton lighter than guns in the same category and is designed to provide better accuracy and range and is capable of firing five successive rounds in short duration. It is also compatible with ACCCS-Shakti command and control network of the Indian Army. 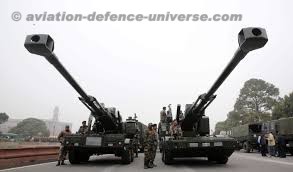 DRDO conducted the proof firing of armament for the 155/52 calibre Advanced Towed Artillery Gun System on 14 July 2016. The test was successful. Fully integrated, 155-millimeter artillery gun fired its first rounds of live ammunition at the Proof and Experimental Establishment (PXE) in Balasore, Odisha on 14 December 2016. During trials in 2017, ATAGS broke the world record for 155 mm gun by firing the round to a distance of 47.2 kilometers.

The Kalyani group also  manufactures specialty steels of ESR grade required for barrel manufacturing and has also in place heavy forging capability to forge the barrels. The group now has become a one stop solution for artillery gun systems and has the full capability of undertaking manufacture of artillery systems (105, 130, 155/52 including Naval Guns), upgrade of Armored systems including change of barrel and ordnance and manufacture of all kinds of ammunition shells.