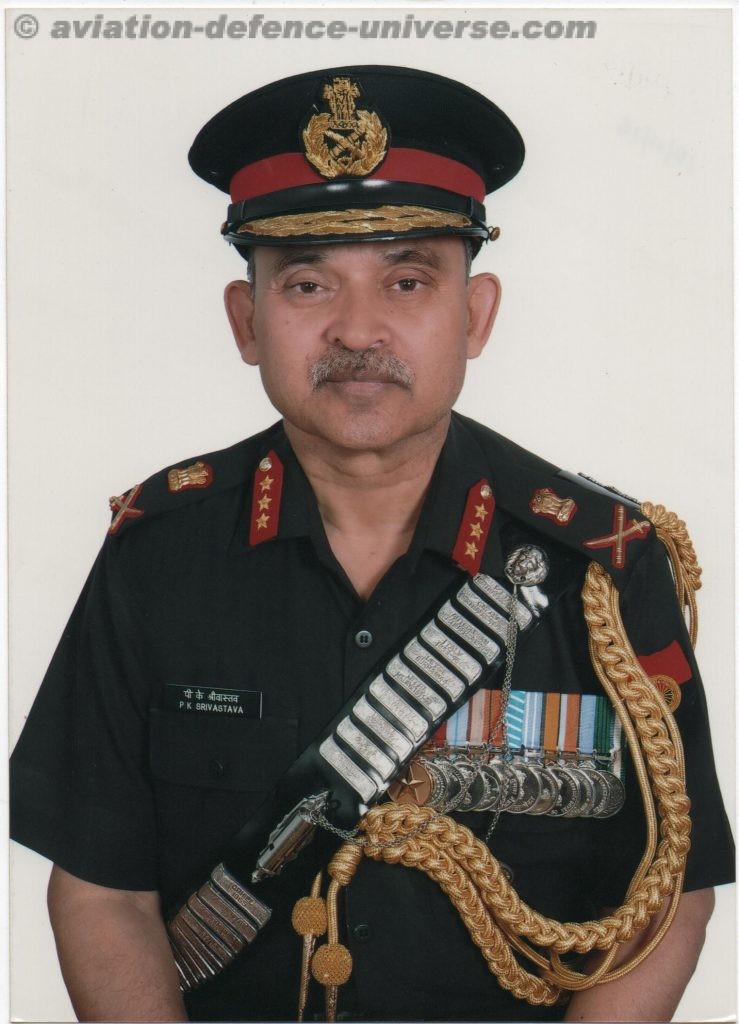 New Delhi. 28 September 2017. A 22,000 crore rupee modernisation plan, M777 already entering the inventory, K9 Vajra in the manufacturing lines, Dhanush under trial and lots more to look into. Today Artillery is the second largest arm of the Indian Army, and with its guns, mortars, rocket launchers, unmanned aerial vehicles, surveillance systems, missiles and artillery firepower it constitutes almost one-sixth of its total strength. Celebrating the 190th Gunners’ Day today, the Corps is on its march ahead. Director General Artillery of the Indian Army Lt. General PK Srivastava, VSM in an exclusive with Aviation & Defence Universe(ADU) spoke of this march and the current status of the modernization programme.

ADU. What are the major issues of preparedness, that concern you as the DG Arty of the Indian Army and how do you plan to encounter them?

DG Arty. The Army is in the process of a major upgrade in firepower and surveillance capabilities in terms of lethality and technology.  Most of our procurement cases have reached advanced stages.  Our major concerns are the issues related to induction of the new equipment that include change in mindset and capabilities of the man behind the equipment, as also provisioning of associated equipment, vehicles and ammunition in a timely manner.

ADU. Has the wheeled SP guns project been done away with or is it still under consideration, 180 such guns were to be acquired?

DG Arty. Regarding the wheeled SP guns, all I would like to say is that the case is being reconsidered.  I would not like to comment upon likely outcomes.

ADU. Now that the strategic partnership chapter is approved, what is the future course for the mounted gun systems? Is the requirement of 814 gun systems going to be fulfilled through this channel?

DG Arty. The case for revalidating of AoN for mounted Gun systems is being projected by us to the Government shortly. Once again, it would be appropriate to wait for the decision of the Government.

ADU. The most critical part is the ammunition. How is artillery preparedness impacted with the CAG report?

DG Arty. The Government of India has taken a holistic view of ammunition requirements for all arms.   All aspects of ammunition deficiencies have been suitably addressed. We are looking at a future, where there is no shortage of ammunition.

ADU. Has the Artillery Directorate formulated an ammunition policy specially in relation to smart ammunition?

DG Arty. We have worked out our requirements for smart ammunition. We are exploring indigenous development of affordable smart and precision/ near precision munitions.

ADU.  Recent report of muzzle premature during firing of Dhanush (in May and July) reflects poor quality of barrels. What remedial measures are being taken, as this is a very serious issue and can result in fatalities during firing? Does the Army still want to get Dhanush into service?

DG Arty. It is premature to comment on the reasons for the Dhanush incidents.  Such incidents could be due to a large number of factors or a combination of these.  We are in the process of identifying the faults and we will ensure that these are rectified before induction of the Dhanush Gun system in the Indian Army.

ADU. How true is the recent report of use of fake Chinese made parts in Dhanush Guns? What is the impact?

DG Arty. The Dhanush Guns are being manufactured by OFB. None of the guns has been taken over by us as yet. The media reports regarding Chinese parts did appear and OFB is investigating the same.

ADU. What is the strategy for skills development and training to keep the man behind the machine just perfect?

DG Arty. Modernisation of Artillery systems that include guns, rockets and a wide range of ground based and aerial surveillance systems is in progress.  The man behind the weapon is a major contributor to its efficacy.  We have identified thrust areas right from recruitment standards to progressive training and testing standards, to keep pace with the challenges of modernisation. Our schools of instructions are geared up and are being upgraded further with the latest technology.  In addition, we ensure continuity to develop and maintain high levels of professional standards.

Published in Gunners' Day 2017 and Interviews