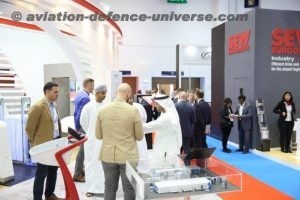 Dubai, May 9, 2018: The 18th edition of Airport Show concluded on Wednesday with participants reporting signing of substantial deals worth millions and collaborations.

The largest annual event of its kind hosted over 350 exhibitors from 60 countries, with the largest number of dedicated pavilions ever, representing Europe, US and Asia, along with over 7,500 visitors. This year’s event also saw its largest number of buyers ever, with 190 buyers attending from 34 countries, representing 75 airports, ground handling, police, immigration, customs, air traffic control and aviation authorities.

Since the inauguration of the show by His Highness Sheikh Ahmed bin Saeed Al Maktoum, President of Dubai Civil Aviation Authority, Chairman of Dubai Airports and Chairman and Chief Executive of Emirates Airline and Group, the world’s largest annual B2B airport industry event saw the highest number of exhibitors, hosted buyers and participants. 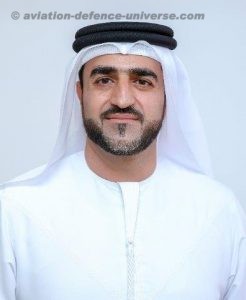 His Excellency Mohammed Ahli, Director General of Dubai Civil Aviation Authority (DCAA) and CEO of Dubai Air Navigation Services (dans), remarked: “The quality of global participation and the increased number of exhibitors are testimony to Dubai’s growing importance as a global hub for civil aviation industry.”

MrFarid Al Bastaki, Director, ENOC Aviation, said: “Initiatives like the ‘Women in Aviation General Assembly’ are great platforms to highlight the achievement of women in society. Investing in women is one of ENOC’s top priorities which fall in line with supporting the UAE’s vision to empower them in the workplace. Aviation is a key driver of a nation’s socio-economic growth and we encourage all stakeholders in this sector to support women and engage with them. Aviation is a dynamic sector that requires qualified professionals and women need to be encouraged to take up jobs within this industry that underpins economic growth.”

The mandate was given to Dubai at the 15th Directors’ Meeting in Hong Kong last week, which was attended by Eng Marwan Mohammad Singel.
“In fact three countries were in the fray to host this prestigious meeting, but when Dubai showed its interest, they withdrew in our favour. The meeting will facilitate showcasing of the latest in airport and aviation security,” he said.

Mr Sameh Gaafar, Director, Airport Security, Europe, Middle East & Africa, Rockwell Collins, said the company is in discussion with Jazeerah Airways for their new requirement for a dedicated terminal.
“Our participation at the show was very rewarding as we could get good enquiries from key players in the market,” he said.

Mr Todd Donovan, Vice President Strategy, Air Traffic Management, Land & Air System, Thales Group, said: “The show has been great, it’s a great forum being able to join together as key stakeholders in the region in order to very efficiently have many meetings with our current customers and prospective customers and be able to discuss what is materializing and happening in the industry today.”

Mr Tom Squier, Managing Director of Smiths Detection ME, said: “This has been an excellent exhibition. I have been in this industry for 11 years but this is my first Airport Show here in Dubai. It is an impressive show. Lots of companies invested heavily in it. Representation from the region is good.”

For the first time this year, the event saw the launch of the Innovation Awards, with winners selected from a global pool of submissions and industry jury. Mr Dieter Heinz, President, German Airport Technology & Equipment, won the ‘Aviation Personality’ award for his contribution towards the development of the industry globally; the ‘Revolutionary’ award went to Beumer, for a ground-breaking product and service that transformed the industry; Hungaro Control got the Sustainability award, Materna received the award in ‘Smart’ category and Avventura was presented the ‘Customer service’ award. 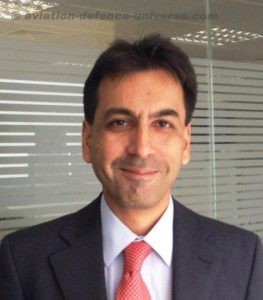