By Team ADU
Le Bourget. 23 June 2017. The series of events provided by Lockheed Martin was spearheaded by the F-35 Pilot Demo, a briefing provided by Lt. Col. Scott ‘Cap’ Gunn, USAF, 33rd Fighter Wing, and Alan Norman, F-35 Chief Test Pilot, who both elaborated on every step of the air show demonstration and explained the innovation that the F-35 is as a multirole fighter by displaying its capabilities in maneuverability, stealth and control, whether for operations or combat. 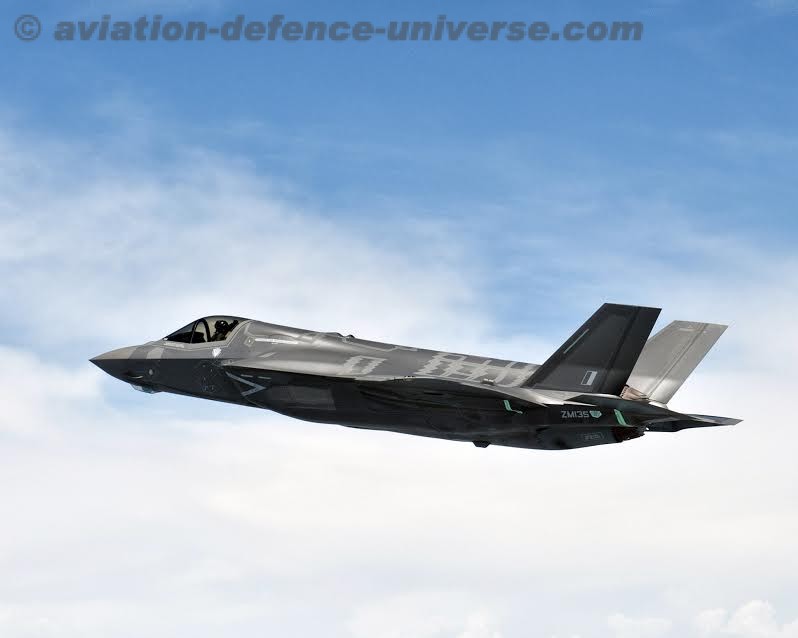 Crafted for tactical advantage, the F-35 Lightning II marked it’s initiation into the industry at the 2017 Paris Air Show, demonstrating it’s speed and agility; it is “literally a rocket ship,” says Alan Norman, and “you can feel and hear [its] power”. It is currently held as the most advanced 5th Generation multirole fighter internationally, and includes fully-fused sensor information as well as network-enabled operations. In order to “demonstrate what kind of power this plane has,” the demo was split into 5 maneuvers, each carefully detailed and presented.
The first maneuver, revealed the intense energy of the airplane with its maximum power takeoff, starting a climb with 40,000 pounds of thrust provided by the Pratt & Whitney F135 engine. “What you’re seeing Billy do here is a take off, pull afterburner [and] using that […] power to start a climb, stated Alan, proceeding to explain that this may seem typical to fighters, but in this case is accomplished at a reduced speed, with more power, and at greater verticality than ever before. “In terms of combat relevance,” Lt. Col. ‘Cap’ Gunn stated, “it helps out with a lot of missions, can conserve fuel over time, and can get higher altitude faster.” 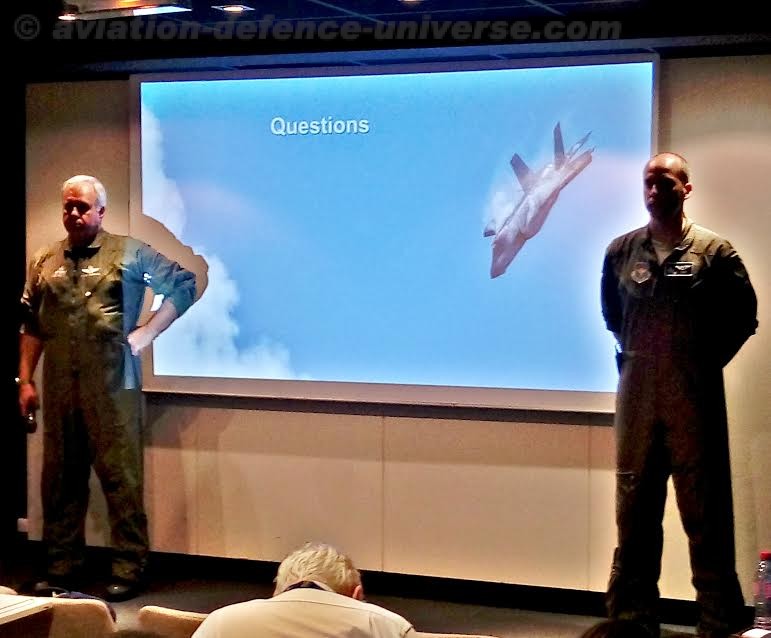 The following manoeuvre, known as the square loop, is one that has been enhanced by the performability of the F-35, and it “really highlights [the] ability to manoeuvre our nose, to quickly and instantaneously reposition” in order to appropriately direct the AoA (angle of attack). With an instantaneuous pitch rate, the pilot has the ability to pull half-stick and cut corners aggressively, whether at high or low speeds. Lt. Col. ‘Cap’ Gunn confirmed that this capacity to “go over the top especially starting at slower speeds, […] provides […] combat advantage.” After all, the “more you can point, the more effective you can be,” no matter the weapon, whether gun or missile, available on the aircraft, an innovation that rivals or surpasses any 4th Generation fighter’s strengths. 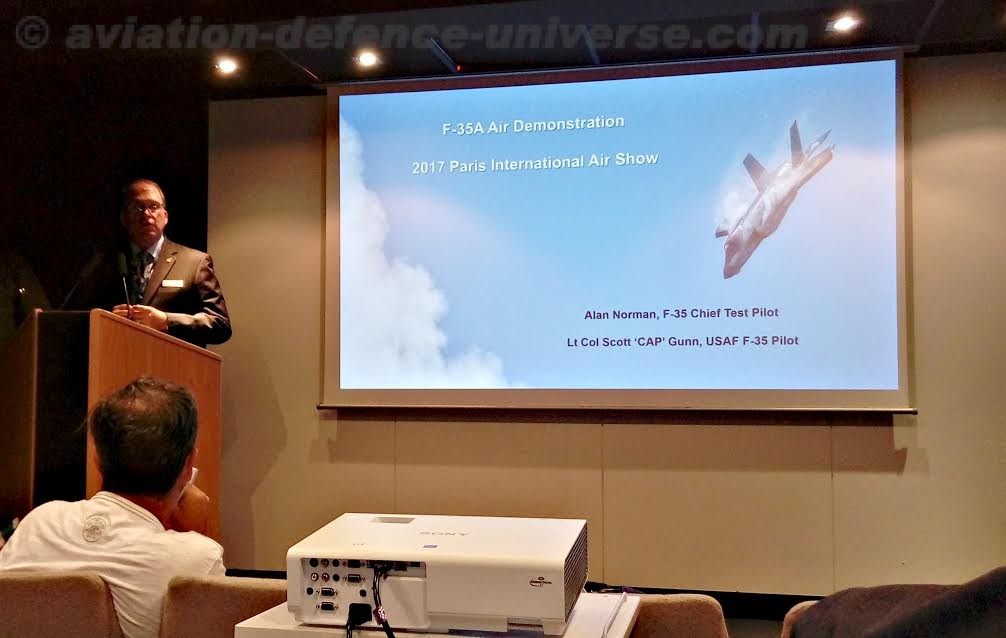 The capacity to power out of manoeuvers and pull up towards a vertical climb is an ablity that most other planes do not have, especially at slower speeds, a testament to the true force of the Pratt & Whitney F135 engine. The third manoeuvre, a 25 degree slow speed pass to vertical climb, is therefore a development that reinforces the new features of the aircraft. Through the capacity to maintain the AoA (Angle of Attack), a strategic edge is absolute seeing as any other aircraft would have to descend or fly right by, losing its advantageous position to the F-35, granting it the opportunity to point and go on the offensive. Lt. Col. ‘Cap’ Gunn explained with detail that with “the F-15, […] at slower speeds what comes up must come down and they start falling off, [whereas] the F-35 has the ability to stay up high.” 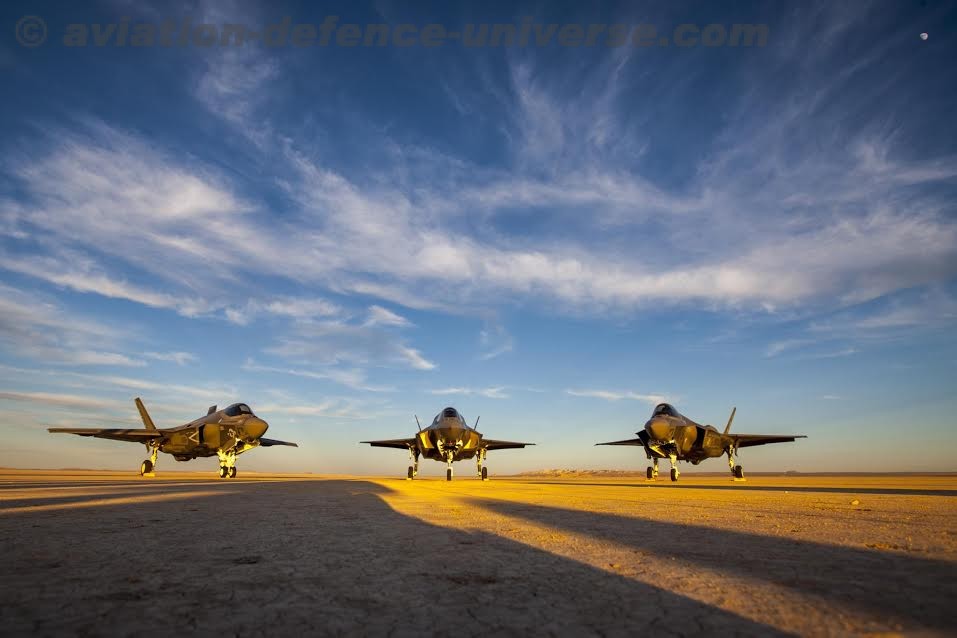 The fourth manouevre was nominated the “signature move of the show,” by Alan, a high alpha loop to pedal turn, a feat which has only been possible to execute by the F-22 Rapt111or. The pedal turn is an move that can only be achieved by 5th Generation aircraft and demonstrates capability to point machine at will in direction required. The extreme agility of the F-35, through its implemented flight control system, allows to direct the fighter at a 50 degrees angle by pulling the half-stick at the peak and initiating the manoeuvre. According to  Lt. Col. ‘Cap’ Gunn, this is the “most relevant in terms of plane control” seeing as a pilot would not be able to maintain control of the airplane at such an AoA (Angle of Attack), thus providing an advantage through direct control of speed, whether fast or slow.
Last but not least, of course, is the superiority of the F-35’s minimum radius turn, a sense of maneuverability and power that permits to stand up to nine times the force of gravity and carve a  360-degree turn through the air. Even though Lt. Col. ‘Cap’ Gunn allowed that the turn is currently limited and so the pilot will have to “power modulate and so pull the throttle back a little bit”, the combination of engine strength and innovative fight control systems nevertheless presents a high-end craft of technology with “a beastly thrust,” as Alan put it, that allows for full control of excess power.
Share this on WhatsApp