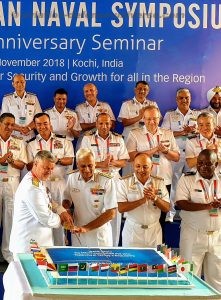 Kochi. 14 November 2018. A ‘Tall Ship Sail-Together’ was conducted by the Southern Naval Command as the grand finale of the 10th Anniversary Celebrations of the Indian Ocean Naval Symposium (IONS). The event was flagged off by Admiral Sunil Lanba, Chief of Naval Staff, Indian Navy as the Chief Guest and was also attended by Chiefs of Navies and senior delegates from IONS member nations, V Adm Anil Chawla, Flag Officer Commanding-in-Chief, Southern Naval Command as well as other Flag Officers and distinguished guests.

The Tall Ship Sail-Together event  is not only an attempt to re-trace the age old maritime trade routes that linked littoral nations of the Indian Ocean, but also to celebrate the common maritime heritage of sea trade by sailing ships, which has existed since time immemorial. The event connects the two great cities of Kochi and Muscat that formed part of the famed spice trade route.

Three tall ships, namely Royal Yacht of Oman Zinat- Al- Bihaar, INS Tarangini and INS Sudarshini from Indian Navy, along with two Indian Naval Sailing Vessels, namely Tarini and Mhadei, were flagged off by Admiral  Lanba. Ships also embarked young officers (‘Sea Riders’) from member IONS nations, making this a truly multinational event. The tall ships were given a rousing send off by the spectators, who also were treated to a spectacular display of watermanship activities and a fly past by Indian Naval aircraft. 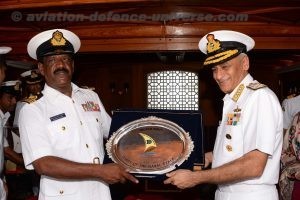 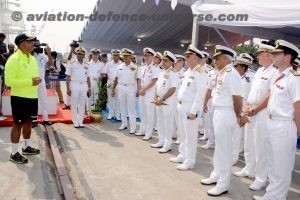 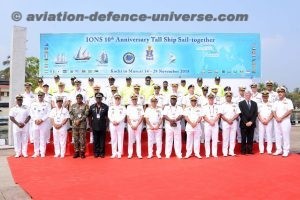 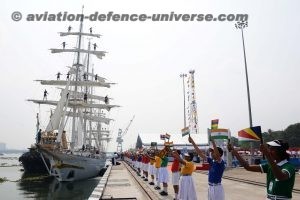 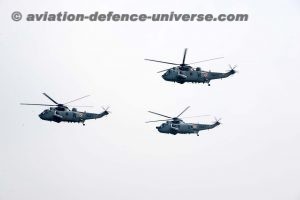 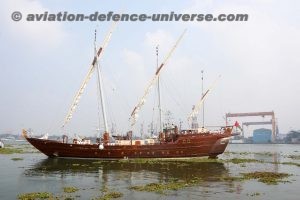 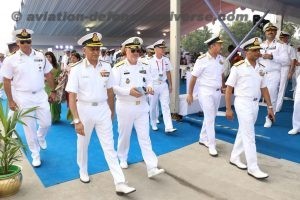 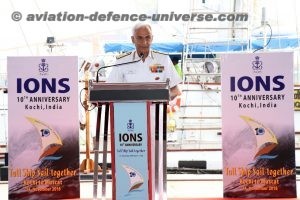