The Grenadier Guards’ relationship with Her Majesty The Queen during her remarkable reign was a very special one, for while the troops of the Household Division were charged with guarding Her Majesty and her palaces through her reign.

It is the Queen’s Company who oversee the transition from one monarch to the next and undertake the exceptional role of guarding Her Majesty’s body in death too,  for they have the honour of watching over her prior to the public lying-in-state. Their 12 very best soldiers will have been selected to provide the bearer party at Her Majesty’s funeral.

It is then subsequently placed over the coffin during a break in the period of lying-in-state when Westminster Hall is closed to the public. The colour was made in 1953 at the time of Her Majesty’s coronation and presented to the Queen’s Company by Queen Elizabeth at Windsor Castle soon after.

The Company’s Camp Colour, a smaller version which normally adorns the Captain’s bunk designating his place of work, is handed to the new incoming sovereign by the Regimental Lieutenant Colonel.

Due to the remarkably long reign Her Majesty served the nation, the intricately hand embroidered silk Queen’s Company Colour remains the oldest colour still in current use by the Armed Forces.

The Grenadier Guards, as the most senior regiment of Foot Guards, have a rich history. They were formed as a Royalist Regiment in 1656 while King-in-Waiting Charles II was in exile in Bruges after the English Civil War. The Coldstream Guards may predate them in length of service to the nation but did not swear allegiance to the Crown until the Restoration of the Monarchy in 1660, which is the reason the Grenadier Guards are also referred to as the most senior regiment in the British Army’s infantry.

Previously, it had only been the Grenadier Company of the First Regiment of Foot Guards that wore the bearskin caps. This was a move that was subsequently embraced by all the British Foot Guards Regiments. 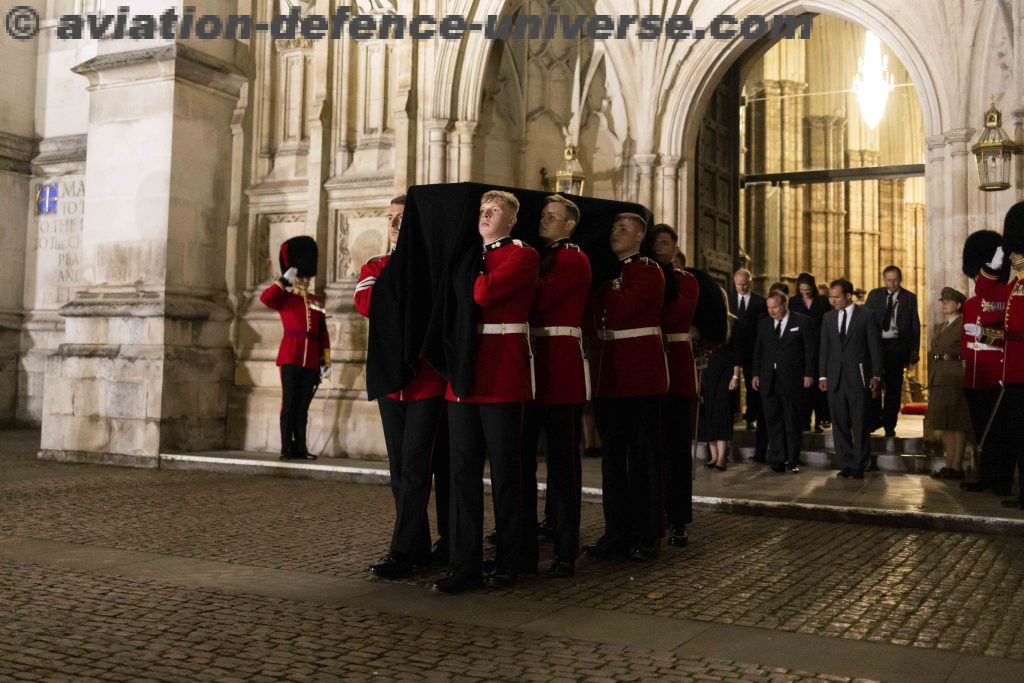