New Delhi. 21 February 2018.  India’s North-East – the geopolitical cynosure of world eyes , strategically  India’s  eye on the northern neighbour , vital part of the nation’s defence architecture and the most important launch pad for India’s look and act east policies – needs more focus than is being given. Armed forces alone cannot be the main stay, the state governments with the centre need a strong policy to develop the region, keep it self sustained, generate employability, make it the perfect link to the ASEAN region and  also keep it combat ready in case of any contingency, as all is not quite on this front . 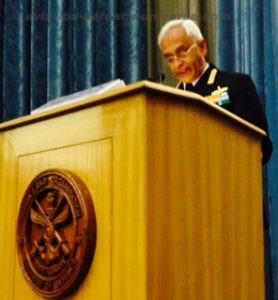 Chairman Chiefs of Staff Committee & Navy Chief Admiral Sunil Lanba in a seminar organised jointly by MOD’s Integrated Defence Staff (IDS) and Centre for Joint Warfare Studies(CENJOWS) on North East Region of India : Bridging Gaps & Securing Borders said, ” frequent instance of transgression by the PLA (Peoples Liberation Army) across the LAC and the recent standoff at Doklam are indication of increasing assertiveness of China, as it makes rapid progress both economically and militarily. The recent developments have also underscored the vulnerability of Siliguri corridor. The Northeast has a large portion of international borders and that the region should be integrated into the national economy. “

The Siliguri Corridor, also known as the Chicken’s Neck, is a narrow stretch of land that links the north eastern states with the rest of India. It is a 200 km long stretch has varying widths. With an average width of 60 km, the area slims down to only four km at Tetulia, Bangladesh. It serves as a connecting link to the rest of India with rail and road via the NH 31, NH 31A and the New Jalpaiguri (NJP) railway station. Not only is it vital for North East’s economic growth, its importance in terms of national security is relatively high. 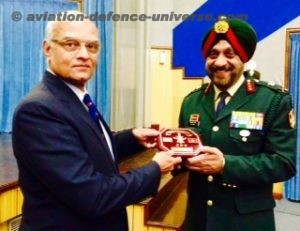 Former National Security Adviser Shiv Shankar Menon at the seminar  stated that  China’s political goal was to try and fulfil Mao’s  vision of a split  India and create a tiff between India and  Bhutan over the Doklam standoff.

“One reason why we saw that activity in Doklam last year was not because they (China) had a clear military option or superiority but they had the political goal of splitting us from the Bhutanese. China wanted to show the Bhutanese that India could not defend their security and also to arouse Bhutanese opinion (on it). I am glad we chose to react the way we did,” he said.

It may be recalled that  Indian and Chinese troops were locked in a 73-day-long standoff in Doklam from June 16 last year after the Indian side stopped the building of a road in the disputed tri-junction by the Chinese Army. The face-off ended on August 28. Bhutan and China have a dispute over Doklam. 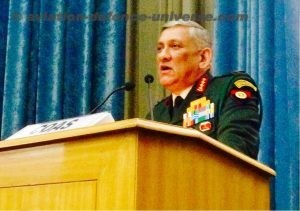 Army Chief General Bipin Rawat  optimistically stated at the seminar  that the situation in Doklam  is absolutely fine and there is no reason to worry, despite  reports of China developing defence infrastructure  in the  areas near the disputed location.

Northeast India has an extraordinarily important international strategic dimension and is a vital part of the nation’s defence architecture. It is not only India’s land bridge to Myanmar but also a gateway to Southeast Asia and beyond. The ‘Look East Policy’ has also to rely on the domestic players of the constituent states of the Northeast region. They have an equal, if not more important, stake and role in this kind of a comprehensive endeavor. The political leadership of this region must be integrated with efforts to define, promote and participate in security and strategic planning by the Government in New Delhi. 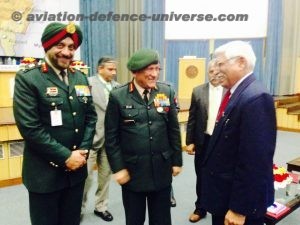 Lt.Gen PJS Pannu, Deputy Chief IDS (DOT) stated that the Siliguri Corridor is narrow and vulnerable to the insurgents. Lack of good infrastructure facilities, connectivity both within and across the borders , transport  to mainland India and problems of topography all cumulatively make the North-East India vulnerable. Poor intelligence and bad handling of local sensitivities also act as fuel to fire, he feels.

Indian Army and Indo-Tibetan Border Police(ITBP)  jointly guard the Sino-Indian borders, BSF is stands tall over the  Indo-Bangladesh borders,  the Sashastra Seema Bal (SSB) is responsible for borders shared with Nepal and Bhutan while the Assam Rifles are engaged in counter-insurgency operations in the North East. So the borders  of  North East are heavily guarded but the inefficiency of police forces in maintaining law and order and the curtailing insurgents groups is a major reason for the vulnerability of the area to China’s growing claws. While India is deliberating China is acting. Not only has to New Delhi keep its eyes and ears open but also keep a very strong vigil on the not so friendly neighbour in the border areas the two share, infact even on the areas across the  borders. 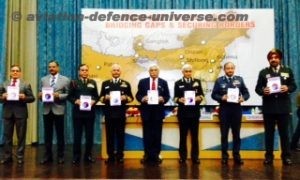 Lt.Gen Vinod Bhatia, Director CENJOWS  feels that tribal linkages of the local populace and their dependence on the individual culture for any activity should be kept into mind while getting them into the fold of the mainland India during the growth and development process. “ The North East Region has a critical geostrategic dimension and  India’s land bridge and gateway to South East Asia. The prosperity of this region is very important for a successful Act East Policy. Surrounded by China, Bhutan, Myanmar and Bangladesh, the North Eastern states, 2.6 lakh sq km in area, remain connected to rest of India via a narrow strip of land. India has a rather strange shape, thanks to the British and the North East hence remains isolated from the rest of the country. It has to be the nation’s priority to get the region into its fold and make it a pillar of strength for India’s strategic needs,” he said.