Will LOC & LAC become easier to manage if our intelligence becomes state-of-the-art?

By JK Verma
New Delhi. 11 June 2017. In today’s scenario of no-war and no-peace with the LOC having become more volatile than it ever was and LAC seeming like a volcano which could erupt any time, military intelligence seems to be the answer to a lot of strategic and tactical planning. 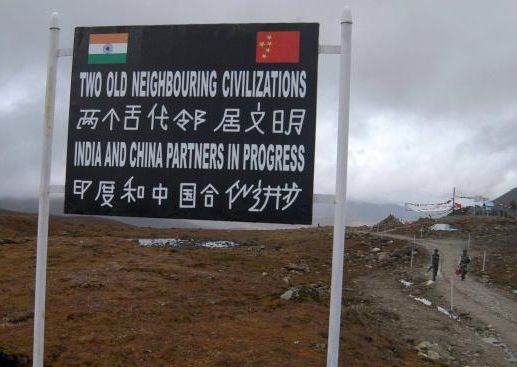 Timely, actionable and futuristic intelligence has considerably enhanced in the modern dimensions of administration and the nature and operations of intelligence has undergone vast changes in the present era. Detailed information about enemy location, strength, defensive positions and weapons available to them helps security agencies in planning offensive and defensive operations.

Tactical intelligence is used for operational units and includes, among other things, human intelligence, open source intelligence, imagery intelligence, and direct observation. These particular sources require trained and dedicated street cops who can think on their feet and identify the simplest of cultural patterns and behavioral modifications of those who regularly work, play and live within their assigned patrol areas. 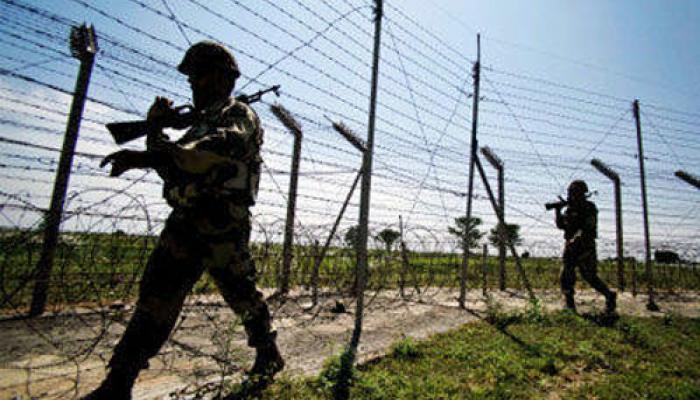 Tactical intelligence is crucial in counterinsurgency and asymmetric warfare. Initiative and surprise can be achieved only if the tactical intelligence mission is effective. All possible vetted sources must be utilized to their optimal potential, including those frequently ignored. Therefore, a central clearinghouse should be established that collects and exploits all of the accumulated information then disseminates the assembled intelligence to the shift commanders so they can be passed on either at shift change or during the shift as deemed necessary.

The officers in the street, in turn, need to pass on information gathered from their neighborhood sources to their designated information collector in a timely fashion. This is the only way the intelligence mission can have a chance of functioning at a level necessary to identify and possibly stop the next terrorist attack.

In most Central Police Organisations (CPOs) which are mainly responsible for guarding Indian borders have no separate intelligence wing or it is in infancy stage. In few CPOs there is provision of cash awards to the sources/casual contacts, in case they provide actionable intelligence, nonetheless it is not enough.

India’s border Management is linked with its internal security as Pakistan has created few terrorist organisations and assists them in carrying out terrorist activities in whole of country especially in Jammu & Kashmir. Although Indian security agencies very effectively dealt Khalistan issue but sinister ISI and its underlings always attempt to rejuvenate Khalistan problem. In first week of June pro-Khalistan slogans were raised at Golden temple, Amritsar on the 33rd anniversary of Operation Blue Star. Dal Khalsa an extremist Sikh organisation also gave call of bandh on June 6.

There are several reports that China assists Left Wing Extremists (LWE) directly or through Nepal and Myanmar. Needless to say that the Maoists are creating trouble in the country from several years and at present about 180 districts in 10 states are under their influence. Hence internal security and border management are interdependent.

Union Home Minister Rajnath Singh while inaugurating ‘Modi fest’ in Jaipur on June 9 stated that “ India’s borders are now safer than before” and efforts are made to make the borders highly protected so that no intruder can penetrate in the country. It indicates the firm resolve of the government to restrict the infiltration as India’s Western neighbour has waged a low intensity war against India. Pakistan which claims that it is the biggest victim of terrorism has emerged as the principal source of spreading terrorism all over the world. The statistics reveal that in majority cases of terrorism world over Pakistan was involved, either the terrorists were Pakistanis or of Pakistani origin or were trained in Pakistan. India and Afghanistan are the foremost targets of diverse terrorist outfits sponsored by military controlled Inter Services Intelligence (ISI).
In view of paramount importance of borders, a new Department of Border Management was constituted in Ministry of Home Affairs in 2004 to look after international land as well as coastal borders. The department looked after creation of infrastructure including fencing and flood lighting at the borders, construction of roads, bridges and culverts as well as execution of Border Area Development Programmes. Observation Posts equipped with latest electronic and surveillance gadgets are immensely useful in guarding the borders and sometimes collection of intelligence.
The borders of India touches several countries and has varied terrain hence the policy planners have created different organizations to safeguard the borders which includes the defence forces, paramilitary and central police organisations. All these forces have different work culture and ethos and they lack requisite co-ordination. Unfortunately the security forces give less emphasis on collection of intelligence. Secondly even if some intelligence is collected either it is not shared with other organisation or the other organisation hesitates to take action on it.

India Pakistan border is most volatile and India needs to collect information pertaining to infiltration and ex-filtration of terrorists; intelligence about drug trafficking and arms smuggling. In view of enhancing threat from Islamic State, India must curb the growing number of madrassas which is an impending threat to Indian security.
Line of Actual Control (LAC) on India China border is guarded by Indo-Tibetan Border Police (ITBP), Special Frontier Force (SFF) and Assam Rifles while there is unrestricted flow of persons on India-Nepal border. Bhutan border which is relatively peaceful is guarded by BSF and SSB.

There is cross-border movement of Naga and Mizo rebels on Myanmar border for purchase of arms & ammunition, training and shelter. LWE also procure arms & ammunition from Myanmar. In past sinister ISI used Bangladesh border for infiltration of terrorists as well as smuggling of Fake Indian Currency Notes (FICN) but after Sheikh Hasina became Prime Minister she curbed ISI activities. 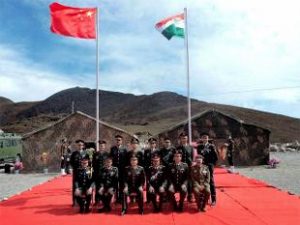 India should install surveillance radars including Israeli radars which would be effective to improve surveillance and reconnaissance in hostile terrain. The Foliage-Penetrating Radars (FPR) of Israel would be very useful in dense forests and can prevent infiltration of terrorists. In rivers and ravines the security forces can use laser walls which will help defend areas where barbed wire fencing could not be erected. The laser balls are equipped with fog operability tools and monitored through satellite.

India should also supply Raytheon made Boomerang Warrior-X which weighs only 12 ounces but provides awareness to soldiers at the border about hostile fire location of the enemy and has a range of more than 900 meters. Defence forces can also use explosive detection kits as well as smart tracking rifles.

India should also use drones for surveillance and collection of intelligence. Indigenously developed unmanned aerial vehicles can be used for defensive as well as offensive purposes. Lot of information can be collected through OSINT as well as through latest electronic gadgets but the importance of Human intelligence cannot be mitigated. Hence Indian intelligence agencies should launch trans-border operations as well as try to station long term sources inside the enemy territory.

The sources can be low level as well as high level agents. These sources can inform the security forces about the location of terrorist camps; launching pads, training methodology; various gadgets used in the training and about the trainees. They can also forewarn about infiltration of these terrorists. The sources can also report about defence preparedness of Pakistani troops, arms & ammunition procured by them and deployed on the borders, visits of leaders of terrorist outfits and if feasible their anti-India plans. 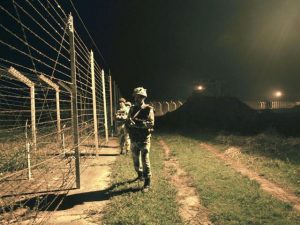 Intelligence agencies have to plan different operations in Bangladesh, Myanmar and Nepal borders as the terrain, conditions and requirements are different in these borders.
Once the terrorist enter India local intelligence becomes significant. Hence Indian security agencies must take full support from local police including their Local Intelligence Unit (LIU). The LIU which directly works under Superintendent of Police is able to collect actionable intelligence as the officers and staff of LIU remains posted in the same area for long years. However the terrorists targeted LIU staff and their families which compelled them to abandon their intelligence network. The security forces must inspire confidence in LIU personnel that they and their family members are safe.
The security forces should also try to inculcate cordial relations through social programmes with the residents of border villages as they will be helpful to inform about infiltration of terrorists and spies as well as they can also work as guides for ex-filtration of agents.

Defense experts mention that Indian security agencies should relinquish defensive mindset and actively patrol border areas, exterminate the intruders, their support agents and launch trans-border operations so that actionable intelligence can be collected.
(Jai Kumar Verma is a Delhi-based strategic analyst and a retired R&AW officer. The views in the article are solely the author’s. He can be contacted at [email protected])