Indian Army needs to modernise at hare’s not turtles pace 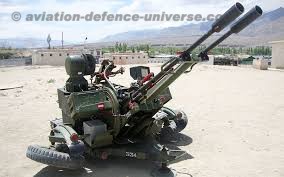 The Army Day is celebrated traditionally on 15 January to mark the taking over of the first Indian Commander-in-Chief by General (later Field Marshal) K M Cariappa, from General Francis Robert Bucher. This occurred on 15 January 1949. The Army Day in 2018 would be the 70th parade to commemorate the historic event. The parade would display the equipment and soldiers of the Indian Army. The celebrations are held across the Indian Army and are an occasion for awarding personnel and units for their bravery and distinguished service. On this occasion it would be appropriate for us to know that the Army is currently modernising its equipment to be prepared to meet its operational challenges.

Challenges for the Indian Army 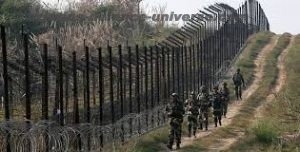 India faces a two front collusive hybrid threat from China and Pakistan as also encounters a half front created by insurgency. Currently equipment held by the combat arms is dated and has been gainfully optimised to its ultimate durability. Apart from this both China and Pakistan are undertaking a Revolution in Military Affairs with regard to their Armed Forces. China has a focussed plan on modernisation of its Armed Forces which has resulted in the Peoples Liberation Army transforming itself to a well equipped force with state of the art weapons. The current President and Commander-in- Chief has introduced reforms to make the PLA a professional organisation. Pakistan on its part has left no stone unturned to modernise its forces with assistance from China. The current strategic situation has witnessed complex situations along the Line of Actual Control (LAC) with China and on the Line of Control (LoC) with Pakistan. War is an irrational act which occurs without any warning. Accordingly there is a dire need to modernise our forces to enhance their capabilities to meet challenges. The Long Term Integrated Perspective Plan has been approved for the Armed Forces up to 2027.  However the areas which need attention are many and all would not be practicable in this period of 13 years. Accordingly a few areas which are significant are elucidated:-

F- Insas is an important area for modernising the infantry soldier. The   items which merit attention are the helmet, clothing, weapon and finally accessories. All these aspects need clarity of thought and can be easily procured. The procurement process needs to be followed methodically with careful trials to ensure combat worthiness. Currently the F Insas is focussing on the weapon and Battlefield Management System (BMS). The Army has finalised the General Staff Qualitative Requirement for the Rifle and work is on to finalise the same for the Carbine and the Light Machine Gun.  The Request for Proposal for 7.7 lakhs Assault Rifles, 54000 Light Machine Guns and 44618 Carbines are to be issued shortly costing about 45000 crores. The issue needs to be looked at expeditiously. The BMS is covered under Net work Centric Warfare. There is an operational need for the equipment mentioned above to fight effectively. The procurement process has received a shot in the arm by formulation of a new Defence Procurement Procedure 2016 along with the focus on Strategic Partnership and the importance given to Micro Small and Medium Enterprises. The new process lays great emphasis on indigenisation and Make in India. For quicker response and effective results a level playing field must be created between the private and the public sector. This would require the Ministry of Defence and the Indian Army to play a fair game to enable the best person is selected. Further timelines are adhered and decisions taken on cases which land up in a single vendor situation.

The next aspect pertains to the field of technology. It would be extremely difficult to start from scratch. It would be prudent to form Joint Ventures or co development as has been done by DRDO in the case of BrahMos missile, Long Range Surface to Air Missile (LRSAM) and Medium Range Surface to Air Missile (MRSAM). It is interesting to note that currently Russia, Israel and to some extent France and the United States are keen to provide technology which is needed for critical areas. Viewing the requirements of the Indian Army practically all the items can be easily procured provided the Ministry of Defence and the Indian Army work as a unified team which can take decisions speedily by frequent interactions. F Insas, NCW and weaponry can be methodically tackled if timelines are followed. All these cases are in the pipeline and vigorous pursuit of these cases would lead to positive results. As regards ammunition deficiencies, this is a critical area and inescapable amount must be acquired by direct purchase from the Original Equipment Manufacturer while the technology absorption process is on for the indigenous manufacture by the Ordnance Factory Board (OFB). In case the OFB is finding it difficult, the Army must make up the requirement for the short term by imports. Substantial quantities of ammunition have recently been imported to enhance existing stock holdings. The difficult areas are the new technologies pertaining to robotics, nano technology for miniaturisation and direct energy weapons to including multifarious uses of laser and Microwave. These are areas where the DRDO must focus to make a dent by research with assistance from countries willing to share expertise. More often technology is available but the absorption and conversion to a workable model takes time. DRDO must actively involve with the user and the industry to find avenues through critical technologies. Synergising all these agencies will enable us to find innovative answers to these problems.

The Indian Army needs to modernise speedily to meet the operational challenges. Bulk of the issues deal with hastening of processes which can be managed by effectively synergising the Ministry of Defence and the procurement staff at Army Headquarters. Further DRDO as well as the industry have to play their part effectively. This joint effort would enable us to expedite the modernisation process.  15 January 2018 which would be the 70th Army Day must see us focus deeply into modernisation of the Indian Army to fight a two front War effectively.