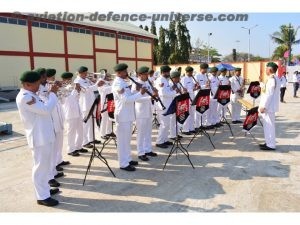 PORT BLAIR 06 MAR 18. The arrival of 11 foreign warships in Port Blair marks the beginning of the 10th edition of MILAN, a biennial congregation of friendly navies. These ships from countries in Asia Pacific and Indian Ocean Regions will be berthed at the Naval and Haddo jetties. In addition to the warships from the Andaman & Nicobar Command, Indian Naval Ships from the Eastern Naval Command will also be participating in the multilateral exercise, starting from 11th March and being conducted for the first time in the history of MILAN. On their arrival at Haddo jetty, all foreign warships were received by the joint Army, Navy and Police Bands, playing fanfare and martial tunes.   School children waving flag also formed part of the welcome ceremony.Besides these warships, MILAN will also see participation of 38 delegates from various countries, making it the largest gathering since its inception in 1995. The growing participation over the years bears the testimony to the success of this multilateral initiative.  MILAN 2018 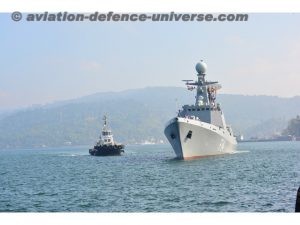 will witness a diverse mix of professional interactions, social events and sporting fixtures.  These would surely leave a lasting impression on the foreign delegates and the residents of Port Blair.  The famed International City Parade would be open to the general public on 09 Mar 18 in which the Hon’ble Raksha Mantri will be the Chief Guest.  Marching contingents from participating countries, flypast by aircrafts, sky diving by Marine Commandos, dare devil display of motorcyclists from Army will form the highlights of the International City Parade.