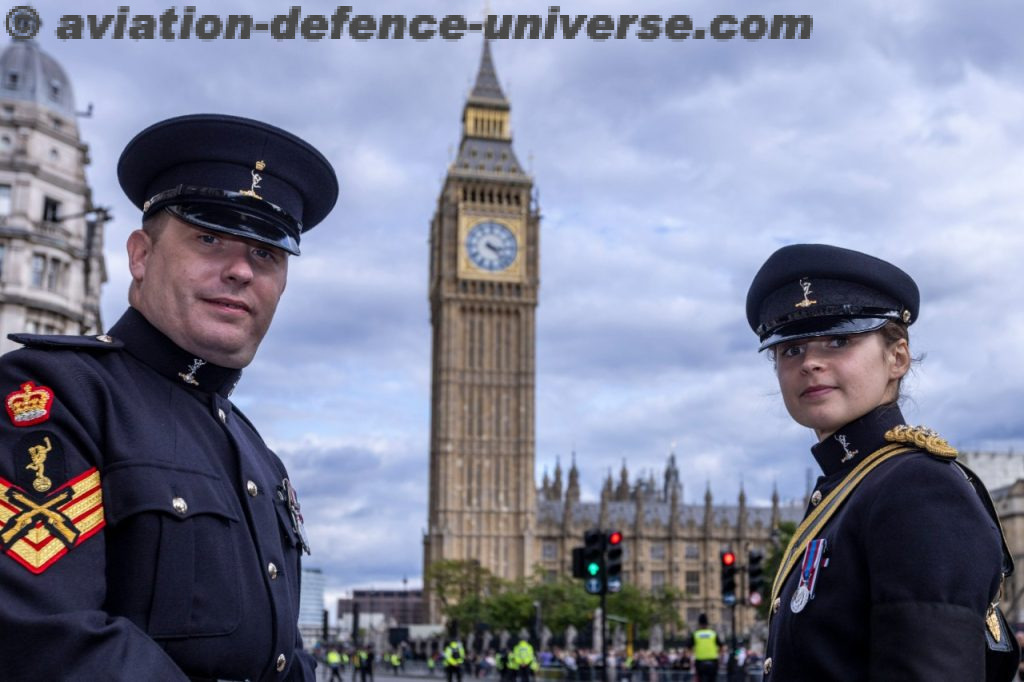 London. 19 September 2022. As four billion worldwide viewers watch Her Majesty The Queen’s State Funeral, it is the job of Army Signallers to make sure proceedings run like clockwork down to the very last second.

Because at the stroke of 12.15pm as silence falls across London, it is precisely at that moment when Army precision kicks in with flawless accuracy – practised to perfection – so the procession can begin against the chimes of the world’s most famous clock.

For one team of soldiers however, silence will not be an option – it is their job to ensure the guns of The King’s Troop Royal Horse Artillery (KTRHA) fire at precisely the same time that Big Ben chimes, because it is the guns that mark the start and the finish of the funeral procession, not the bell.

While the Westminster crowds stand still, soldiers from 10 Signal Regiment will be at the top of the iconic Elizabeth Tower to communicate the exact timings with Army personnel on the ground.

For Operation London Bridge they provide the timings to synchronise both the chimes of Big Ben, with the Minute Gun salutes of KTRHA via secure telecommunications and flag signals, during the movement of the coffin from Westminster Abbey to Wellington Arch.

Westminster Abbey Observer, Major (Maj) Harrison, and Operator Lance Corporal (LCpl) Butler wait for the coffin of Her Majesty Queen Elizabeth II to appear in the doorway of Westminster Abbey. This starts the flag waving signals seen at the KTRHA gun line in Hyde Park. 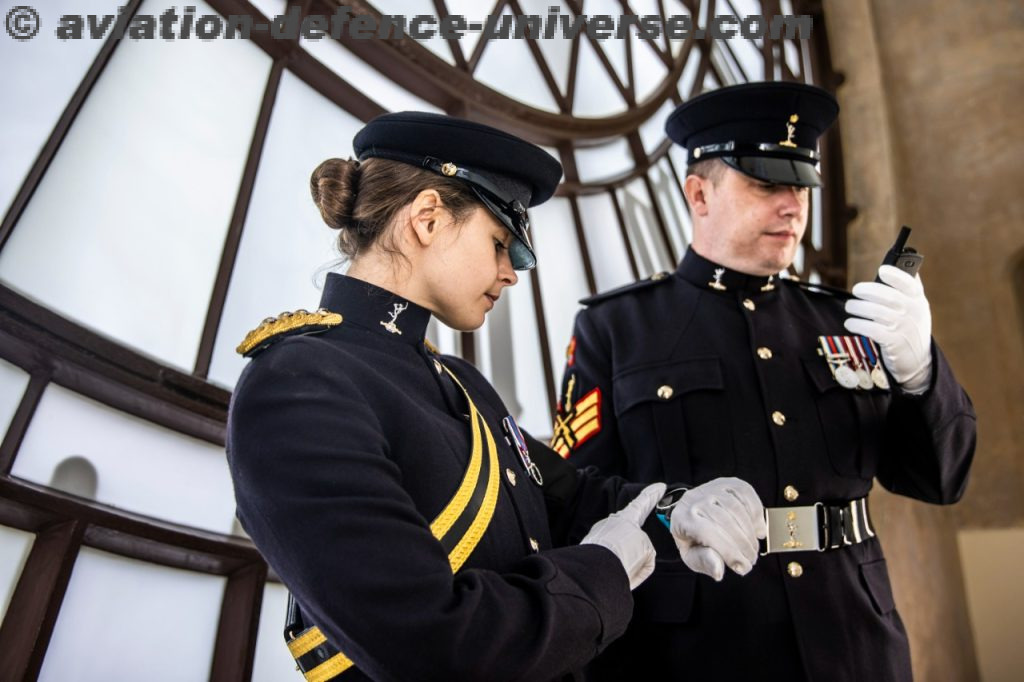 Perfection is the only option. Reacting to Big Ben’s famous toll would mean being a stroke too late. At the top of the 334 steps inside the tower, the soldiers of 251 Signal Squadron thrive on providing military precision. Captain (Capt) Cooper, the Timing Control Officer supported by Lieutenant Richards and Staff Sergeant Yeoman of Signals (YofS) Fowler sit behind the hands of the Elizabeth Clock Tower face with the horologists wearing full ceremonial uniform and hard hats.

Capt Cooper explained: “It’s my job to ensure everything goes like clockwork. Every minute during the procession, commands are issued to both the gun line and the horologists, to ensure the guns fire and Big Ben tolls every 60 seconds.”

Meanwhile, Wellington Arch Observer, Maj Addison and LCpl Gurung are waiting patiently for the gun carriage to pass under Wellington Arch and come to a halt. As the carriage comes to a halt, the final order is issued, and the final toll of Big Ben is heard. Maj Addison who was also on parade for Operation Fourth Bridge, The Duke of Edinburgh’s funeral in 2021, explained: ‘Having been involved in the planning of the communications for this event, and hoping it would never happen, the opportunity to play a small but critical role is an immense privilege.” 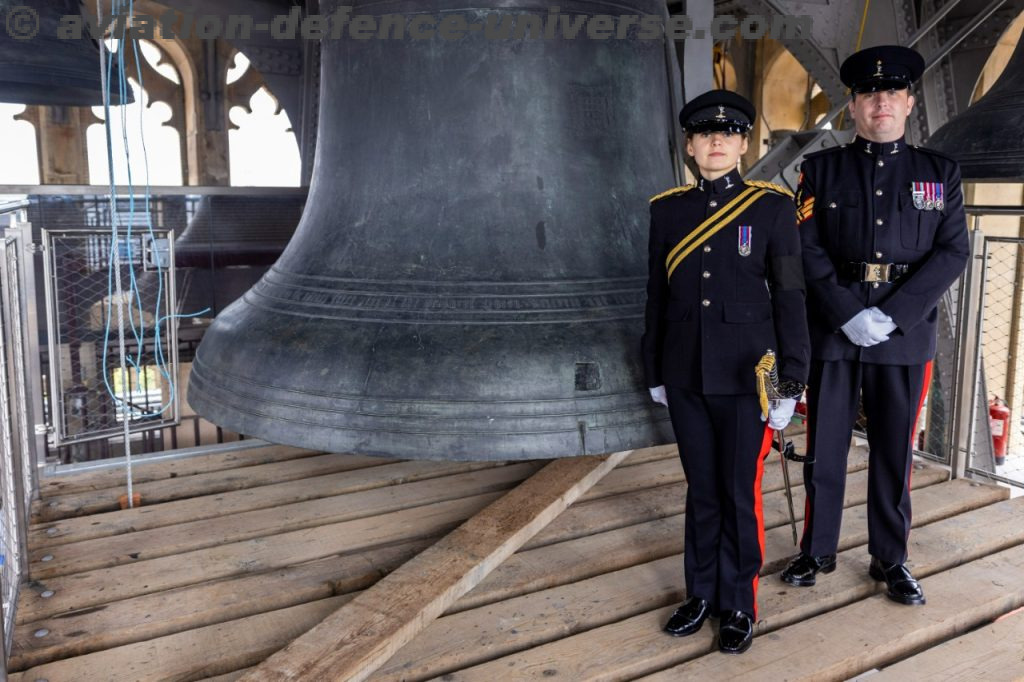 At Windsor however, both the Sebastopol Bell and the Curfew Tower Bell will continue to toll until Her Majesty The Queen’s coffin enters St George’s Chapel at the west door and orders are issued to ‘Cease Tolling’.

Concurrently, in Windsor, a separate team coordinates the firing of the minute guns and the chiming of both the Sebastopol Bell in the Round Tower and the Curfew Tower in Horseshoe cloisters. The Sebastopol Bell in Windsor Castle is unique as it is only rung for the deaths of most senior royals and was last heard when the Queen Mother died in 2002.

All activities are coordinated by the Operations Room signallers in Wellington Barracks, who no one ever gets to see. Ensuring all timings are met and synchronised with military precision is Warrant Officer Class Two YofS Guttadauro.

Commanding Officer of 10th Signal Regiment, Lieutenant Colonel Senneck concluded: “We are the only unit in the Royal Signals to undertake ceremonial duties and while much of what we do is behind the scenes, we still have a crucial role to play. I am immensely proud of the professionalism and pride with which my signallers perform their duties, and their role epitomises true teamwork and dedication to duty.”

The signallers are on two hours’ notice to move anywhere in the UK to provide communications to the military effort in the event of emergency operations, such as supporting natural disasters.

While the responsibility for ensuring the signal is communicated at the right time falls to the Army experts, the job of keeping the world-famous timepiece in working order falls to the Palace of Westminster’s clock mechanics.

Army veteran Ian Westworth has the job of keeping the 2,000 clocks on the parliamentary estates ticking accurately, including The Great Clock built by Frederick Dent in 1854. The Clock Tower was renamed the Elizabeth Tower to honour HM Queen Elizabeth II’s Diamond Jubilee in 2012.