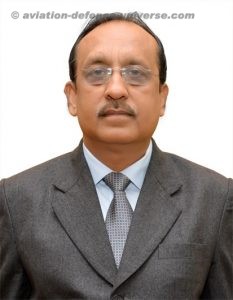 Bengaluru. 28 November 2018.  Vinay Kumar Katyal has assumed charge as Director of the Bangalore Complex of Bharat Electronics Ltd (BEL) with effect from November 27, 2018. He was GM (Military Communication)/BEL-Bangalore before his elevation.

He joined BEL at its Panchkula Unit in June 1985 as Deputy Engineer after completing his B.Tech (Electronics & Communication) from IIT-BHU, Varanasi. He was involved in the project execution of the new Unit of BEL being raised at Panchkula, Haryana.

During his stint at Panchkula Unit, he established automated production facilities for STARS-V Tx/Rx for Army. He worked as Project Manager for the development of CNR-AFV, the first-of-its-kind Frequency Hopping Tank Radio made in India. He also facilitated the development of the radio set Bharati, MSK Demodulator, encryption products SMILE & SEED and Cell Phone Jammers.

He who has worked in BEL in various capacities in the areas of Production, Development & Engineering, Marketing and Quality, took over as General Manager of the Product Development & Innovation Center (PD&IC) in December 2014, with the responsibility of establishing this new institution envisaged to serve as a Central Product R&D Centre of BEL in Bengaluru.

He later steered the Military Communication SBU of BEL as GM (Milcom) before being appointed as Director (Bangalore Complex).

Vinay Kumar Katyal is a recipient of BEL’s ‘Key Contribution to R&D’ Award and many other project-related R&D awards.

24th February in history
View All
Did You Know This?

24th February in history
View All
Battle Ground COVID 19
Did You Know This?