Jitendra Bhargava, Former Executive Director Air India in conversation with ADU on the sale of Air India to Tatas

Jitendra Bhargava, Former Executive Director Air India in conversation with ADU on the sale of Air India to Tatas

The Tangail Airdrop: A landmark operation in 1971 Indo-Pak war 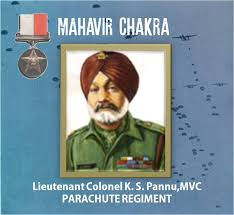 New Delhi. December . The Tangail Airdrop was an airborne operation mounted on 11 December 1971 by the 2nd battalion of the Indian Army’s Parachute Regiment during the Indo-Pakistani War of 1971.

The main objective of the operation was the capture of Poongli Bridge on the Jamuna River which would cut off the Pakistani 93rd Brigade which was retreating from the north to defend Dhaka and its approaches. The paratroop unit was also tasked to link up with the advancing Maratha Light Infantry on the ground to advance towards the East Pakistani capital.

The paratroopers, numbering 700 and led by Lt Col Kulwant Singh Pannu was reinforced by an artillery battery, an engineering detachment, an ADS, a surgical team and other administrative troops from 50th (Independent) Parachute Brigade. Tasked to cut off the retreat of the Pakistani troops from the north towards Dacca, the unit touched ground at 4:30pm and were greeted by a jubilant crowd of local people, with some even helping the troops carry their packs and ammunition.

The drop was dispersed over a wide area, but the Paras regrouped quickly and commenced their attack. By 7.00pm they had captured their main objective, cutting off the Pakistani 93 Brigade retreating from the north. Link-up with 1 Maratha LI was established after the Marathas broke through at Tangail Road and reached the bridgehead that very evening. The Pakistanis, attempting to retake the bridge rushed the Indian positions that evening, however, were repulsed.

The Tangail Airdrop operation involved An-12, C-119s, 2 Caribous and Dakotas from 11 sqn and 48 Sqn. The IAF also carried out feint drops using dummies dropped from Caribou aircraft to hide the true location and extent of the operation. The only hitch was a Hangup from the lead Dakota. One Paratrooper had a static line hangup, who, after carrying out emergency procedures, was dropped safely about 50 miles away.

The Tangail Airdrop and the subsequent capture of the Poongli bridge gave the advancing Indian Army the maneuverability to side-step the strongly held Tongi-Dacca Road to take the undefended Manikganj-Dacca Road right up to Mirpur Bridge at the gates of Dacca.

Indian commander Lt Col Kulwant Singh was awarded the MVC for his leadership in battle. The 2Paras were subsequently the first Indian forces to enter Dacca. For this and their role in Capture of the strategic bridge, the Paras received battle honour for Poongli Bridge and theatre honours for Dacca.

More from Battle TrackMore posts in Battle Track »
ADU wishes the nation a very happy 75th Infantry Day. The soldier on foot lives in our hearts.