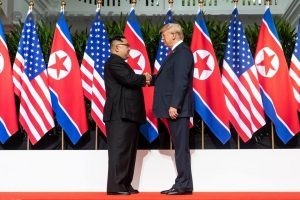 Not only that, by holding the first face-to-face peace talks with the US president, Kim symbolically ended seven decades of hostility with the world’s most powerful nation.

On hindsight, the major upshot of this development is that North Korea is now a nuclear state, with its arsenal comprising 20 or more nuclear devices and the means of carrying them to targets as far as the continental United States, despite ongoing US attempts to deny such status.

But the pragmatism of the summit must be analysed practically. In Seoul and Washington, it’s becoming accepted wisdom that immediate denuclearisation is wishful thinking. Accomplishing this objective, even with Kim’s unlikely agreement, would take more than a decade, according to US nuclear experts. 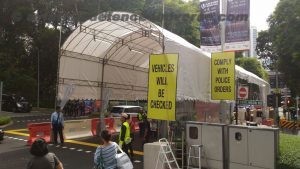 That makes the Singapore summit much more relevant as a ballast for Kim’s dynastic rule. He has accomplished what neither his father nor his grandfather, the state founder, could achieve.

For all that, some veteran political observers say Trump’s amateurish talks in Singapore may well have brought diplomatic fiasco.

A four-point joint statement issued at the end of the summit was vacuous, containing no detailed roadmaps leading to complete, verifiable and irreversible denuclearisation, the so-called CVID formula pushed by Trump and Secretary of State Mike Pompeo hours before the summit’s opening.

The joint statement, while talking about building a lasting peace regime and establishing new relations, merely repeated Kim’s commitment to “work toward complete denuclearisation of the Korean Peninsula,” a largely empty phrase devoid of details or binding clause.

The bland expression was described as “reaffirmation” of Kim’s earlier declaration signed at Panmunjom at separate talks in April with South Korean President Moon Jae-in. No mention was made of the North’s aggressive missile programme.

Trump’s big hurrah was purely showmanship: “We had a really fantastic meeting. A lot of progress, really very positive. I think better than anybody could have expected, top of the line. Really good.”

He also praised Mr Kim a “great personality” and was an “honour” to meet him, gushing, “We will have a terrific relationship. I have no doubt”. Quite evidently, being a nuclear power got Kim in this position – making him “summit-worthy” and a sure winner putting him on par with Trump, said observers.

In fact, looking just at distances, he has just got the US President to fly halfway around the world to meet him. The June 12 meeting has not only produced the history-making moment when Kim and Trump shook hands, but a written statement agreeing to “build a lasting and stable peace regime on the Korean Peninsula” and “to work toward the complete denuclearization of the Korean Peninsula.”

From another strategic viewpoint, the US troops’ withdrawal is a major setback for South Korea. US-South Korea military exercises is an important tool for reassurance to the latter that the US is committed to its defence. Even Japan sees joint military exercises as “vital” to for Asian security. Any withdrawal as such is chagrin to Japan and South Korea.
However, for the longest time, China has actively sought to reduce the US military presence that is so close to the 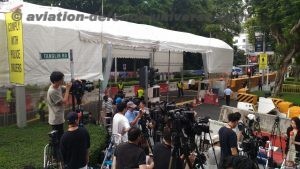 border but had little success in convincing the US.

But now, nuclear-powered Kim has just made it happen by getting the Americans to make two major concessions (a propaganda win and the cancellation of US-South Korea military exercises). So now, China too becomes a chief beneficiary.

Kim, in turn, has reached new heights in his reign being treated as an equal by the US, and negotiating from that position of new international status; quite remarkable of a young leader. And so it seems a new chapter of North Korea beckons.

And perhaps, the world may well applaud that there’s a sensible chance for global peace in one of the most nuclear-sensitive corners of the globe.