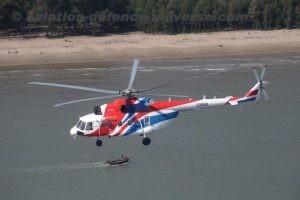 The delegation of the Russian Helicopters Holding Company demonstrated key competitive advantages of Mi-171A2 and Ansat rotorcraft and provided information to the guests of the event about the after-sales service system. In their turn, partners of Russian Helicopters presented financial instruments for purchasing Russian helicopters. Cambodia has become the second stop for Mi-171A2 and Ansat during the South Asian Heli Tour. Earlier, these Russian-made helicopters were showcased in Vietnam.

“Cambodia has a positive experience of operating Mi-8/17 family helicopters. Moreover, we see a growing demand for light rotorcraft in that country, as well as in Southeast Asia in general. Therefore, Phnom Penh was selected as one of the demo sites during the South Asian Heli Tour of Mi-171A2 and Ansat civil helicopters. Demonstrating our machines to the public has already proved to be efficient: after the Vietnamese stage of the Heli Tour we have noticed a high interest among potential customers and have managed to reach a number of important agreements,” said Andrey Boginskiy, Director General of the Russian Helicopters Holding Company.

«Rostec pays special attention to the development of cooperation with partners from Southeast Asia. At the same time, one of the most promising areas for expanding and deepening our cooperation in Southeast Asian countries is helicopter manufacturing», said Anatoly Serdyukov, Director of Rostec’s Aviation Cluster. «The demo-tour should strengthen our relations with key regional partners, as well as open new horizons for the development of projects in the aircraft industry».

Ansat is a twin-engine utility helicopter. The full-scale production of the rotorcraft is underway at Kazan Helicopters. According to its certificate, the helicopter design enables to promptly transform it either into a cargo or into a passenger configuration enabling transportation of up to 7 persons. Ansat was certified for operation within temperature range from -45°С to +50°С.

Mi-171A2 is the most advanced model of the Mi-8/17 helicopter type. The aircraft is powered by VK-2500PS-03 engines with a digital control system and features a more efficient X-shaped tail rotor and a new main rotor with composite blades and improved airfoil. Mi-171A2 cruise and maximum speed is 10% higher and load capacity is 25% higher as compared with commercially produced Mi-8/17 type helicopters. Mi-171A2 has a modern digital KBO-17 avionics suite built according to the “glass cockpit” principle, which enabled to reduce the crew team to two persons. The helicopter provides passenger transportation and is available in transport, passenger and VIP configurations. 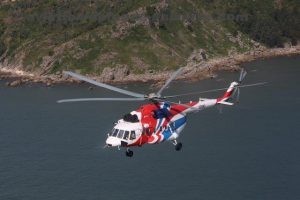 JSC “Russian Helicopters”, part of Rostec State Corporation, is a leading player in the global helicopter industry, the sole Russian designer and manufacturer of helicopters. The Holding Company was established in 2007 and is headquartered in Moscow. We operate five helicopter assembly plants, two design bureaus, component production and maintenance enterprises, aircraft repair plants and one helicopter service company providing after-sales support in Russia and abroad. The customers of the Holding Company are the Ministry of Defense, the Ministry of Home Affairs, EMERCOM of Russia, and other state customers, Gazpromavia, UTair Aviation company, large Russian and foreign companies.

Rostec State Corporation is a Russian corporation that was established in 2007 to facilitate the development, production and export of high-tech industrial products designed for civilian and military applications. The Corporation comprises over 700 organizations that are currently part of eleven holding companies operating in the military-industrial complex and four holding companies working in civilian industry, as well as over 80 directly managed organizations. Rostec’s portfolio includes well-known brands such as AVTOVAZ, KAMAZ, Concern Kalashnikov, Russian Helicopters, UralVagonZavod, etc. Rostec companies are located in 60 constituent entities of the Russian Federation and supply products to the markets of more than 100 countries. In 2017 the consolidated revenue of Rostec reached 1 trillion 589 billion rubles, while the consolidated net income and EBITDA amounted to 121 and 305 billion rubles respectively. In 2017, the average salary in the Corporation was 46 thousand rubles. According to Rostec’s strategy, the main objective of the Corporation is to ensure that Russia has a technological advantage in highly competitive global markets. Rostec’s key objectives include the introduction of a new techno-economic paradigm and digitalization of Russian economy.