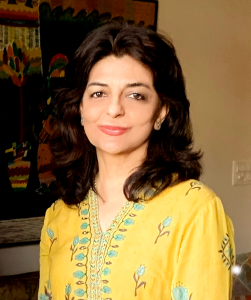 New Delhi. 07 October 2022. The Indian Air Force is expanding its capabilities by modernizing its aircraft. Because of India’s strategic position within the Indian subcontinent, the need for tactical airlift capabilities remains critical. Several environmental conditions characterize the Indian subcontinent. To meet the Indian Air Force’s (IAF) dynamic operational requirements, an aircraft capable of handling mission profiles across climates is required.

Powerful and Dependable: The F117 for C-17 Globemasters

The dependable F117 engines power the IAF’s 11 Boeing C-17 Globemaster IIIs as they carry out military, humanitarian, and peacekeeping missions. The powerful F117 engines generate 40,400 pounds of thrust and are equipped with a directed-flow thrust reverser capable of being deployed in flight. On the ground, the thrust reverser can back a fully-loaded aircraft up a two-degree slope.

With the kind of engine power provided by the F117s, the Globemasters have been extensively deployed on the frontlines by the nation, during the 2020 Ladakh operations, Covid-19 repatriation flights, carrying oxygen and supplies during India’s Covid-19 Second Wave – and even in Afghanistan

PW127G: Power you can rely upon

The Indian Air Force (IAF) has selected the C295 from Airbus Defence and Security (ADS). Pratt & Whitney’s PW127G engines power the C295, which is globally recognized as the next generation of Fixed-Wing Search and Rescue (FWSAR) and light and medium transport aircraft.

The C295’s twin PW127G engines feature low-fuel burn during cruise and enable exceptional range and endurance for time-critical missions. As it does in many jurisdictions around the world, the 56 C295, when in service for Indian Air Force, will fly vital missions for the Indian Air Force.

Pratt & Whitney has been providing these engines to Airbus Defence and Space (ADS) since the C295 took its first flight in 1998 – and more than 400 PW127G engines have been delivered since then. The PW127G is part of the PW100/PW150 engine family, of which more than 10,000 units have been manufactured with 6,500 still flying today.

The engine powers a variety of aircraft platforms and is known for its ability to excel at diverse missions such as regional commercial airline service, firefighting, aerial surveillance, cargo transport, humanitarian services and civil defense. Originally designed for regional aviation, the PW100/PW150 engine family powers 90% of regional turboprop aircraft in the 30-90 passenger configuration flying today – Including the ATRs and Dash-8s in India.

In 2000s, the V2500 on the A320ceo was instrumental in ushering in a new age of private aviation in India. The V2500 is an incredibly versatile engine, and it continues to power major commercial, cargo, and military platforms – including Embraer’s C-390. The dependable and efficient V2500s help advance the platform’s capabilities to operate in diverse terrains and altitudes, like the ones in India.

A long-standing partnership with the Indian armed forces
Pratt & Whitney has over 7,000 military engines in use with 34 armed forces worldwide, powering tactical, strategic, mobility, and rotary aircraft. The Indian Air Force’s mission readiness is supported by Pratt & Whitney’s large fleet and expanding suite of engine sustainment solutions. Apart from the F117s on the C-17 Globemasters, and the PW127G on the C295, our iconic PT6A engine powers IAF’s fleet of 75 PC-7 trainers. With the PT6A, Pratt & Whitney was also the integral propulsion partner for the NAL-SARAS MKI. Pratt & Whitney and the National Aeronautical Laboratory (NAL) have been collaborating on the development of NAL’s multirole light transport aircraft, SARAS, for over a decade. The PT6A has a strong support network in place and brings the benefits of cost-effectiveness and reliability to the aircraft it powers, with over 600 engines in operation in India supporting more than 50 operators.