Normandy Landings : The most enigmatic chapter of World War II 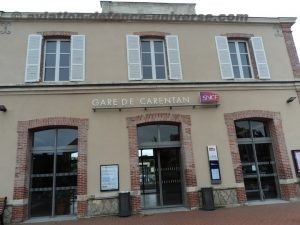 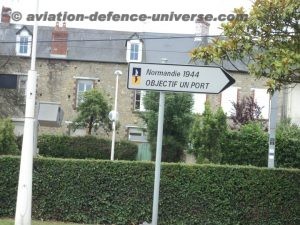 Today in 1944 the U.S. First Army opened a general offensive to break out of the hedgerow area of Normandy, France.  A city which is synonymous with war and world history , a city which will always be said to have played an important role in creating the new world order and a battle which  is considered to be  the most decisive battle of the European Theater in World War II,  Normandy invasion is remembered for 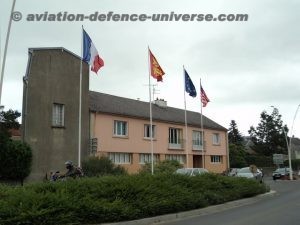 success of  the use of strategic deception.

But very few know the flow of events that led to the decisive but historic Battle of Normandy. After the German Army invaded the Soviet Union in June 1941, the Soviet leader Joseph Stalin began pressing his new allies for the creation of a second front in western Europe. In late May 1942 the Soviet Union and the United States made a joint announcement that a “… full understanding was reached with regard to the urgent tasks of creating a second front in Europe in 1942.” However, British Prime Minister Winston Churchill persuaded American President Franklin D. Roosevelt to postpone the promised invasion as, even with American help, the Allies did not have adequate forces for such an activity. 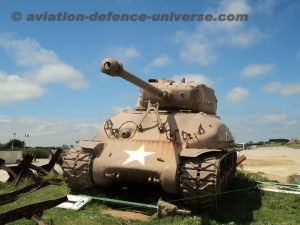 Instead of an immediate return to France, the western Allies staged offensives in the Mediterranean Theatre of Operations, where British troops were already stationed. By mid-1943 the campaign in North Africa had been won. The Allies then launched the invasion of Sicily in July 1943, and subsequently invaded the Italian mainland in September the same year. By then, Soviet forces were on the offensive and had won a major victory at the Battle of Stalingrad. 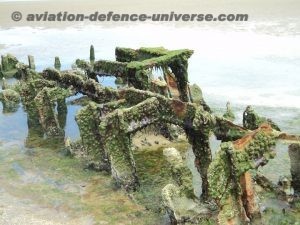 The decision to undertake a cross-channel invasion within the next year was taken at the Trident Conference in Washington in May 1943. Initial planning was constrained by the number of available landing craft, most of which were already committed in the Mediterranean and Pacific. At the Tehran Conference in November 1943, Roosevelt and Churchill promised Stalin that they would open the long-delayed second front in May 1944. 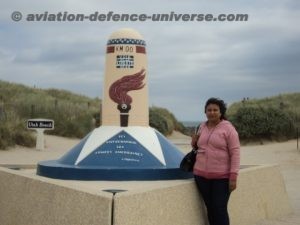 Four sites were considered for the landings: Brittany, the Cotentin Peninsula, Normandy, and the Pas de Calais. As Brittany and Cotentin are peninsulas, it would have been possible for the Germans to cut off the Allied advance at a relatively narrow isthmus, so these sites were rejected. With the Pas de Calais being the closest point in continental Europe to Britain, the Germans considered it to be the most likely initial landing zone, so it was the most heavily fortified region. But it offered few opportunities for expansion, as the area is bounded by numerous rivers and canals, whereas landings on a broad front in Normandy would permit simultaneous threats against the port of Cherbourg, coastal ports further west in Brittany, and an overland attack towards Paris and eventually into Germany. Normandy was hence chosen as the landing site. The most serious drawback of the Normandy coast—the lack of port facilities—would be overcome through the development of artificial Mulberry harbours.  A series of specialised tanks, nicknamed Hobart’s Funnies, were created to deal with conditions expected during the Normandy Campaign, such as scaling sea walls and providing close support on the beach.

The Allies planned to launch the invasion on 1 May 1944. The initial draft of the plan was accepted at the Quebec Conference in August 1943. General Dwight D. Eisenhower was appointed commander of Supreme Headquarters Allied Expeditionary Force (SHAEF). General Bernard Montgomery was named as commander of the 21st Army Group, which comprised all of the land forces involved in the invasion. 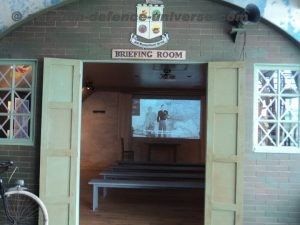 On 31 December 1943 Eisenhower and Montgomery first saw the plan, which proposed amphibious landings by three divisions with two more divisions in support. The two generals immediately insisted that the scale of the initial invasion be expanded to five divisions, with airborne descents by three additional divisions, to allow operations on a wider front and speed up the capture of Cherbourg.  The need to acquire or produce extra landing craft for the expanded operation meant that the invasion had to be delayed to June. Eventually, thirty-nine Allied divisions would be committed to the Battle of Normandy: twenty-two American, twelve British, three Canadian, one Polish, and one French, totaling over a million troops all under overall British command. 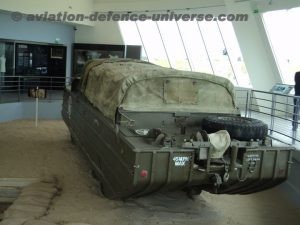 The Normandy landings were the landing operations on Tuesday, 6 June 1944 of the Allied invasion of Normandy in Operation Overlord during World War II. Codenamed Operation Neptune and often referred to as D-Day, it was the largest seaborne invasion in history. The operation began the liberation of German-occupied northwestern Europe from Nazi control, and laid the foundations of the Allied victory on the Western Front. 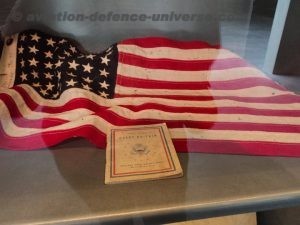 In the months leading up to the invasion, the Allies conducted a substantial military deception, codenamed Operation Bodyguard, to mislead the Germans as to the date and location of the main Allied landings. The weather on D-Day was far from ideal and the operation had to be delayed 24 hours; a further postponement would have meant a delay of at least two weeks as the invasion planners had requirements for the phase of the moon, the tides, and the time of day that meant only a few days each month were deemed suitable. Adolf Hitler placed German Field Marshal Erwin Rommel in command of German forces and of developing fortifications along the Atlantic Wall in anticipation of an Allied invasion. The amphibious landings were preceded by extensive aerial and naval bombardment and an airborne assault—the landing of 24,000 American, British, and Canadian airborne troops shortly after midnight. Allied infantry and armoured divisions began landing on the coast of France at 06:30. The target 50-mile (80 km) stretch of the Normandy coast was divided into five sectors: Utah, Omaha, Gold, Juno, and Sword. Strong winds blew the landing craft east of their intended positions, particularly at Utah and Omaha. The men landed under heavy fire from gun emplacements overlooking the beaches, and the shore was mined and covered with obstacles such as wooden stakes, metal tripods, and barbed wire, making the work of the beach-clearing teams difficult and dangerous. Casualties were heaviest at Omaha, with its high cliffs. At Gold, Juno, and Sword, several fortified towns were cleared in house-to-house fighting, and two major gun emplacements at Gold were disabled, using specialised tanks. Contrary to the conviction the Allies failed to achieve any of their goals on the first day. Carentan, St. Lô, and Bayeux remained in German hands, and Caen, a major objective, was not captured until 21 July. Only two of the beaches (Juno and Gold) were linked on the first day, and all five beachheads were not connected until 12 June; however, the operation gained a foothold which the Allies gradually expanded over the coming months. German casualties on D-Day have been estimated at 4,000 to 9,000 men. Allied casualties were at least 10,000, with 4,414 confirmed dead. Enter the region after getting off the train at Carentan, even today the city to the beaches of Normandy have remnants of the historic battle the world fought. The Battle of Carentan was an engagement in World War II between airborne forces of the United States Army and the German Wehrmacht during the Battle of Normandy. The battle took place between 10 and 15 June 1944, on the approaches to and within the city of Carentan, France. The objective of the attacking American forces was consolidation of the U.S. beachheads (Utah Beach and Omaha Beach) and establishment of a continuous defensive line against expected German counterattacks. The defending German force attempted to hold the city long enough to allow reinforcements en route from the south to arrive, prevent or delay the merging of the lodgments, and keep the U.S. First Army from launching an attack towards Lessay-Périers that would cut off the Cotentin Peninsula. Carentan was defended by two battalions of Fallschirmjäger-Regiment 6 (6th Parachute Regiment) of the 2nd Fallschirmjäger-Division and two Ost battalions. The 17th SS Panzergrenadier Division, ordered to reinforce Carentan, was delayed by transport shortages and attacks by Allied aircraft. The attacking 101st Airborne Division, landed by parachute on 6 June as part of the American airborne landings in Normandy, was ordered to seize Carentan. In the ensuing battle, the 101st forced passage across the causeway into Carentan on 10 and 11 June. A lack of ammunition forced the German forces to withdraw on 12 June. The 17th SS PzG Division counter-attacked the 101st Airborne on 13 June. Initially successful, its attack was thrown back by Combat Command A (CCA) of the U.S. 2nd Armored Division. It was at Carentan where so much was at stake after 6th June 1944 for the success of the Landings. It was imperative to link the Landing Beaches of Utah and Omaha. For ten days the American parachutists launched a concerted attack on the German paratroopers who had been ordered to defend the town to the last. And 75 years later the spirit of the D-Day lives on . The silent waters of the Atlantic Ocean at Utah Beach have a great story written on the sands of time. As a journalist Battle Tracking the world’s great battles, it was a pilgrimage of my lifetime I made to the most remembered battle field in 2013 and every year on 6th June I still have a story to be written .