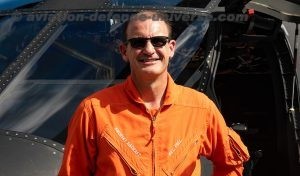 X2 aircraft have achieved speeds greater than 250 knots, low-speed and high-speed maneuverability at 60-plus degrees of bank, and the ability to hover in high altitudes and hot conditions, among other advanced capabilities. “These fundamentals make a helicopter fly more like a tactical jet aircraft than a classic rotorcraft,” says Fell, an X2 experimental test pilot with Sikorsky, a Lockheed Martin company, which developed X2 Technology™.

Combine X2 with the Sikorsky’s co-axial design, and military aviation has met the future of vertical lift, Fell says. At AUSA in October 2019, Sikorsky unveiled RAIDER X™ – its answer to the U.S. Army’s call for a Future Attack and Reconnaissance Aircraft (FARA).

Conventional helicopter design and technology have relied on hover and low-speed maneuverability for several decades. These capabilities have been essential, but helicopter technology has not kept pace with the evolving demands. X2 is proven technology that accomplishes exactly what the name implies: two times the speed, two times the maneuverability of conventional rotorcraft along with a host of other advantages, including significant improvements in noise signature and overall survivability. X2 is leading the way for the future of vertical lift – at high-speed. 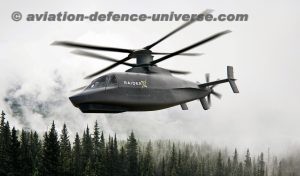 But that must require a giant fuel tank, right? “Not true,” answers Fell. “The X2 aircraft performance and efficiency, proven in test flight, is closer to a turboprop airplane than a helicopter.” As emerging technologies such as artificial intelligence, hypersonics, machine learning, nanotechnology, and robotics are revolutionizing the battlefields of the future, the complexity of modern warfare and evolving threats are pushing the U.S. military to develop and field advanced capabilities to do things previously unimaginable.

Commanders say the next generation of rotorcraft will need to be faster, more maneuverable, more lethal, and technologically advanced, including the ability to team with autonomous aircraft.

The Army wants game-changing technologies that “can operate in a highly contested operational environment, cannot be easily isolated from the rest of the Joint Force or from partners, and are able to conduct independent maneuver,” according to The U.S. Army in Multi-Domain Operations, 2028.

Fell says X2, with its high speed and maneuverability, provides the futuristic capabilities the Army wants. It can be integrated in various kinds of helicopters supporting a variety of military missions, including air assault, air movement and MEDEVAC. It has also been demonstrated on small helicopters typically used for reconnaissance, security and attack needs.

“In the past decade, we’ve designed, developed and flown four demonstrator aircraft with X2 Technology,” he adds. “We developed the X2 demonstrator, two light tactical S-97 Raider aircraft, and the medium-lift SB>1 Defiant, which was created through a Sikorsky-Boeing partnership. And now we have RAIDER X in development, which meets the current and future needs – growth, affordability, lethality, survivability.” 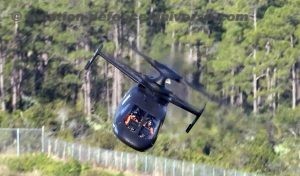 Sikorsky showed what X2 Technology could do in a flight demonstration for Army leadership in February, when it successfully showcased the S-97 RAIDER and SB>1 Defiant performing a series of maneuvers representative of their respective missions. In addition to speed, the technology includes fly-by-wire controls, improved hover performance, rapid maneuverability, and crisp control response due to the rigid rotor – all while maintaining helicopter-like performance at low speeds.

Fell reports that over the course of testing in the simulator, a number of pilots were brought in to fly a terrain course. “Consistently, the pilots in an X2 Technology aircraft fly faster and closer to the terrain. That is a tremendous advantage to the warfighter,” especially in high-threat environments made more complex by physical obstacles.

Christiaan Corry, a test pilot on the S-97 Raider program, noted that the fly-by-wire controls take on some of the decision-making, reducing pilot workload.

“With X2, the machine does a lot of the stability,” Corry says, “and to the extent possible, allows the pilot to be fully focused on what the battle scene is and not worrying, ‘Am I flying the right attitude and air speed?” As for maneuverability, Sikorsky says the technology allows for high agility at low speed, acceleration without changing altitude, a tighter turning radius, and the ability to execute a nose-down hover.

As the Army progresses to define the future of vertical lift, X2 Technology is already showing what’s possible. In March 2020, the U.S. Army selected both X2-equipped aircraft, the SB>1 Defiant and RAIDER X aircraft to advance to the next phase of their respective programs.