Le Bourget, France, June 15, 2017.  Mitsubishi Heavy Industries (MHI) and Mitsubishi Aircraft Corporation announced that the third Flight Test Aircraft (FTA-3) of the Mitsubishi Regional Jet (MRJ) landed at the Le Bourget Airport near Paris at 5:05 pm on June 15 local time (0:05 am on June 16 in JST). FTA-3 will be on static display at the 52nd International Paris Air Show, which begins on Monday, June 19. 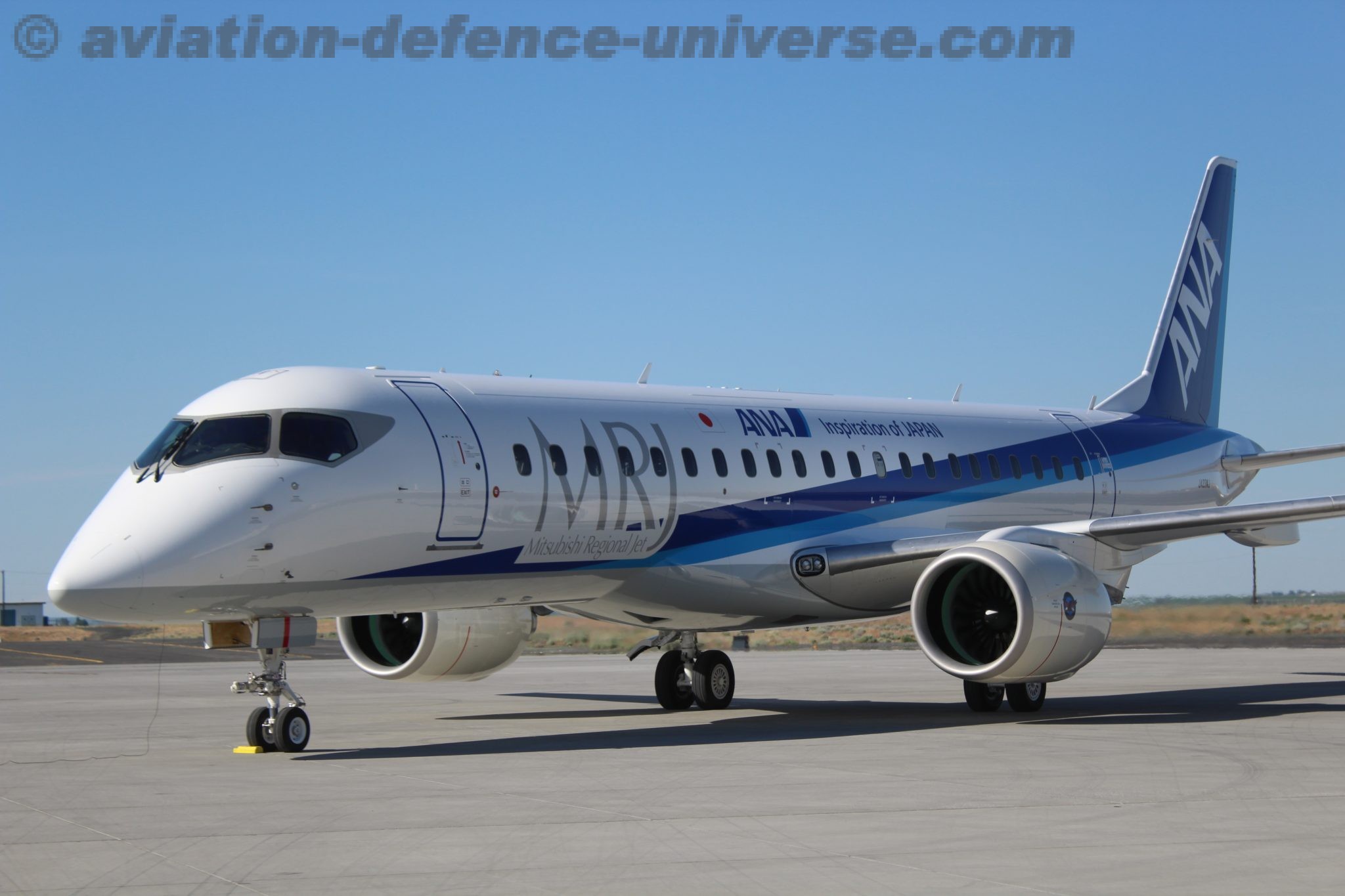 “It is an honor to showcase the MRJ at the Paris Air Show,” said Shunichi Miyanaga, President and CEO, Mitsubishi Heavy Industries. “I can’t think of a finer stage on which to present this highly anticipated next-generation aircraft. The European debut of the aircraft is another sign of the progress of this program.”