New Delhi. 31 August 2017. It was a mid week unexpected surprise from the corridors of South Block. A MOD press release said, “ in a first ever exercise after Independence, the Ministry of Defence in consultation with the Indian Army has decided to reform the Indian Army in a planned manner. These decisions were approved by the Defence Minister Arun Jaitley after an extensive consultation with all stakeholders.” And this sent all the minds which mattered working overtime.

At the face of it this announcement seemed very mundane and there was no point which seemed exciting as there was no mention of any change to the Infantry, Artillery, Armoured, Engineers and Mechanised Infantry. But as one goes down and reaches the seven points mentioned which will see changes, it dawns—the Ministry of Defence is trying to remove all redundancies existing in the Indian  Army which will eventually make it lean and left with resources to put into the actual needy areas.

Optimisation of Signals Establishments to include Radio Monitoring Companies, Corps Air Support Signal Regiments, Air Formation Signal Regiments, Composite Signal Regiments and merger of Corps Operating and Engineering Signal Regiments, was the first point. Corps of Signals continued to acquire equipment and structures as the Army’s need for communication kept presenting itself starting from basic telephony to HF/VHF radios; from point to point to point to multi point and broadcast communications. Similar was the case with ISR and later cyber related requirements, secrecy equipment and so on. Many a times the organisations and equipment were requirement specific which built considerable redundancy in the system. 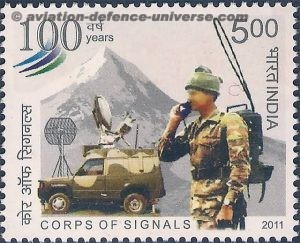 Somewhere around the turn of the millennium the telecom industry was taken over by digital and cellular revolution which made many of the earlier generation equipment and organisations really redundant. Today the equipment is small, digital and modular and in particular, less manpower intensive. Optimisation is therefore in order as it addresses the old and redundant equipment and organisations where the flab can be cut.

Coupled with the above, is the fact that the current generation of equipment is becoming more and more modular which does not require that intensity  of sub-assembly level repairs as was required in the earlier generations of  equipment. Both by way of reducing the layers of redundancies, as also keeping in mind the current generation equipment, optimisation is in order and will not affect the equipment maintenance adversely in any manner. 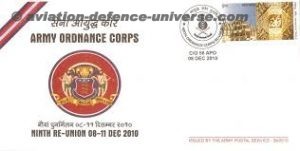 Keeping in view work shop repairs can be at four levels. Minor repairs at unit level, second should be an Operational Workshop at Division level which will do replacements and modifications and the third should be the Station Workshop or the Command Workshop which be responsible for major repairs, overhauls and disposals directly with the concerned manufacturers.

Point 3 is Redeployment of Ordnance echelons to include Vehicle Depots, Ordnance Depots and Central Ordnance Depots apart from streamlining inventory control mechanisms. A herculean task indeed! The reason being the storage of items like ammunition explosives, vehicles, equipment, clothing etc have very specific and varied needs from safety and storage point of view.  The ammunition and explosive depot cannot be next to a vehicle depot because of inherent safety and security requirements. So with this point of view it will be difficult to redeploy them either Command wise or Area wise or Threat Zone wise. It will need very innovative and out-of-the-box thinking.

Better utilization of Supply and Transport echelons and Animal Transport units is Point 4. There is certainly a scope for better utilisation of Supply and Transport echelons but care must be taken that in the exuberance of optimisation efficiency and comfort of troops must not be sacrificed. In other words, the tail must not be cut so short that it looses its purpose. 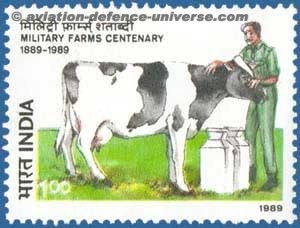 Closure of Military Farms and Army postal establishments in peace locations is point 5. A general reaction is that the issue of closure of Military Farms( MFs) is has been long overdue. Keeping in mind the realities on ground and the abundant and unlimited availability of farm products in the open market enterprises, carrying the redundant load of military farms is simply not justified. Optimisation is perfectly in order . In fact the same is long overdue.

However a counterview to this is that rather than disbanding the existng resources in Military farms, a cooperative society could have been created and Army can lease it out to a major player in the sector like Amul or Mother Dairy. The benefit will be that the rent on the leased property of the cooperative society created can go to the defence finances. Secondly the milk and milk products to be supplied to the Army can be assured to this cooperative society. Lastly this will ensure that farm land resources created over a century will not get dissipated or misused.

As far as the closing of postal services in peace locations is concerned,  can be a good idea keeping in mind the sensitive information of the Army which might be there in the posts, an alternative can be thought of . An Army Cell can be created in each General Post Office.

Interestingly Point 6 which is Enhancement in standards for recruitment of clerical staff and drivers in the Army, seems one in which Army has always been better than civilians even today. Many might beg to differ. This can be verified by the reemployment pattern of these two categories post retirement. However the upgradation of clerical schools in Army with latest technology input like digitisation of data, data, security and use of computers should be added to their courses.

Driving licences are easiest to get in this country, lesser said than better. On the contrary  the drivers in the Army have to go through a structured training syllabus in various stages and grades depending on his service and experience. He spends much more time on practical experience and on the job training, thereby making him more competent than his civilian counterparts. With the inclusion of the state-of-the-art vehicles  in the Army , their standard is still higher. 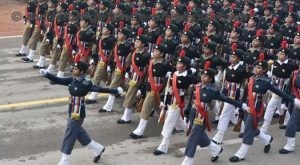 Point 7 is Improving the efficiency of the National Cadet Corps. Here the Army Head Quarters Perspective Planning has to step in. They should identify the total manpower requirement for the next ten years, based on which certain numbers should be allotted to each NCC Group HQ. This should be service wise, arm wise and trade wise, for each year. Now these group HQs should convert this allotment into demand and start training in ratio of 1:5. And finally this recruitment should be through Group HQs only. The assurance of 20% chances of getting recruited through this system will attract more youth.

Major General(Dr.)(Retd.) P K Chakravorty , told ADU that, “Signals establishments particularly at the Corps level have been optimised. The most important is the merger of Corps Operating Signal Regiment and Engineering Signal Regiment. Pertains to the EME repair echelons restructuring from the workshop at the formation level to static and Advanced Base Workshops in the Field Army, this will ensure possibly better repair at Field Army  level as there will be less items to move to Base repair. Improve inventory control mechanisms of ordnance and further redeploy Vehicle Depots and Ordnance Depots to optimise user functioning. Better utilisation Of Army Service Corps units and echelons will mean Optimisation of Supply Depots, POL Depots and other installations.”

“Military Farms to be closed and Army Postal establishments to be closed in peace means reliance on local milk and India Post. Clerks and drivers would be recruited with high standards to conserve training on these two categories. With computerisation easy to undertake these duties. Self explanatory is the  point of  improving the quality of National Cadet Corps. This aspect needs attention as this could be an organisation which could cater for  cadets joining the Armed Forces and improving the discipline of the country,” he added.

This Phase 1 of restructuring of the Indian Army is definitely welcome as it will make the Army lean thereby making it more effective. And all these changes when being operationalized will not effect the combat readiness and military preparedness of the Army. But all these changes will have to be implemented with futuristic plans of the Army in thought. So let us wait and watch.