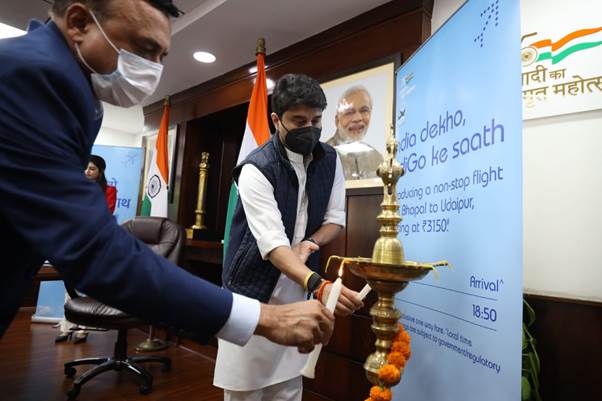 The flight operation on this new route will connect Bhopal & Udaipur from today. This new route will not only enhance regional connectivity but will also promote trade, commerce, and tourism activities between these states. The fight will be operated by Indigo three days a week as per the following schedule: 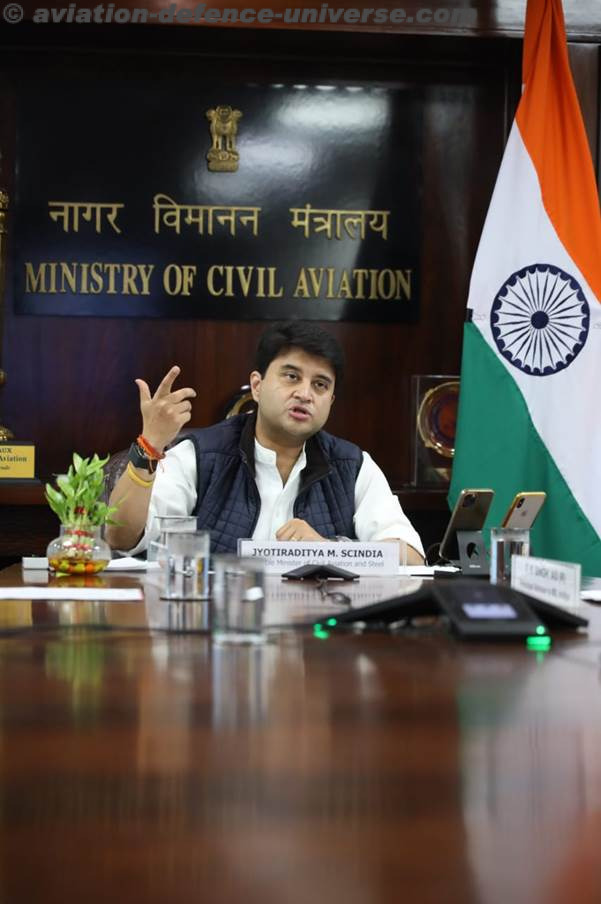 In his address,  Minister of Civil Aviation, Jyotiraditya M. Scindia congratulated the people of Madhya Pradesh and Rajasthan and said that around a year ago only 94 flights per week were operating from Bhopal airport, now this number has increased to 178 flights per week. Earlier Bhopal was connected to five cities and now it is connected to nine. Moreover, 33 routes have been given to Madhya Pradesh.

Minister reiterated the government’s commitment to inclusive growth and providing air connectivity to every part of the country.