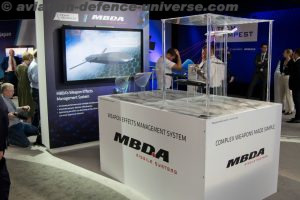 Farnborough/New Delhi. 01 August 2022.  Team Tempest was the cynosure of all eyes and FCAS the buzz word at Farnborough International Airshow. MBDA is developing a Weapon Effects Management System for FCAS and had a lot to showcase at the Team Tempest exhibition.

Angus Penrice MBDA’s Chief Engineer for the FCAS programme, in an exclusive interview with Aviation & Defence Universe (ADU) stated, “ It’s about exploiting and making the maximum advantage, for customers and operators, out of the sensor information and the platform information that FCAS presents, and then tuning that to be the best exploitation.” 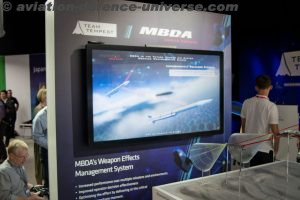 In an everchanging  world , constantly improving state-of-the-art technology, challenging military environments and the current geo-political scenarios , weapons have to also get out of there human controlled past and become more effective with use of technologies like Artificial Intelligence (AI) and Machine Learning (ML) to make them thinking assets to an force. MBDA has created a Weapon Effects Management capability to reduce their cognitive burden and facilitate the coordination of all available complex weapons in a battle space.

“Working closely with our Partners in the programme, the concept intends to deliver software that works in harmony with the core platform’s mission systems and sensor suite, providing the best threat response, deployable at the most opportune moment, therefore maximising the overall mission effectiveness. So, the sorts of things that you might see are better decision aids for the operators and the pilots in terms of balancing all the different loads of managing the platform and its signature, versus when to use the weapons, which weapons to use, and when to take those shots. Then also looking at the timing of the engagements. How to best use that information, and the algorithms on-board, and sensor information to do that with those engagements,” he added. 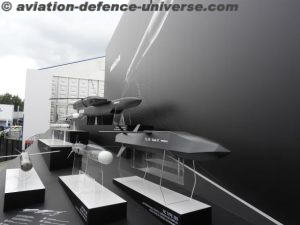 MBDA has been investing both time and finance  in innovating weapons and technologies to  develop a new generation of collaborative, networked weapons, giving a new format to future warfare. These missiles will need to be able to enter denied areas, detect threats before being detected, force hidden threats to uncover early enough to suppress them and to always react quicker than the adversary and will be performing in the combat cloud.

“Looking at coordinated effects between the platforms and the adjuncts and the weapons to see what  the most optimum solution is in a particular time and space in a battle is very important. Then adapting to events in the battlespace as you lose assets or as assets join into the network, is another important aim,” Angus explained. 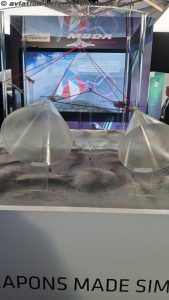 When asked about the speed of the project he informed, “from an enterprise point of view, the whole enterprise in the UK is moving forward quite quickly. We’re all working hard on de-risking technology, looking at what the decisions are for the program over the next months and weeks, and then moving forward to the next sets of decision gates that the different international customers have for us.”

MBDA already has a great repertoire of, missiles. Does that mean it is going to use those or is it making one tailor made for FCAS? A question Angus instantly answered but left me wanting for more. “I think at this stage in the program it’s a little early to look at specific weapons. We are evaluating options for most of our current products and potentially some of the future products as well. It’s much more about evaluating the options and understanding what the merits are of those options on the platform and the overall system assistance,” he stated.