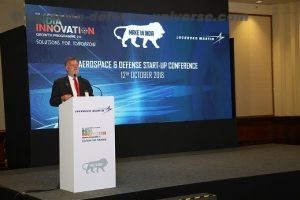 ”This conference has been a wonderful forum for relevant  IIGP start-ups to interact with Aerospace and Defense Tier1 suppliers to create market access opportunities”, said Dr. Vivek Lall, Vice President of Strategy and Business Development, Lockheed Martin Aeronautics, adding, “Strengthening public-private partnerships in India is a key priority for us.”The Oct. 12 event featured a panel discussion ─ “Ecosystem Support for Aerospace & Defense Start-ups in India” ─ and a display of Indian university team projects. Representatives from industry, as well as Department of Science and Technology and MoD partner iDEX incubator leadership, also interacted with the university teams and start-ups to explore mentorship opportunities.

Speaking at the event, Phil Shaw, Chief Executive, Lockheed Martin India Pvt. Ltd., said that, ”By bringing together established organisations and start-ups in the aerospace and defense sector to explore what is within the realm of the possible, Lockheed Martin seeks to further incubate innovation, and contribute to the enhancement of Indian industrial capability. Alongside our industrial ventures in India, today’s activity represents yet another way we continue to support the “MakeInIndia”, “Skill India” and “Startup India” initiatives.”  The day culminated with presentations and Q&A by selected start-ups and Tier 1 Supply Chain Managers. Lockheed Martin has supported the IIGP since 2007, in partnership with the Department of Science and Technology (DST). Lockheed Martin’s partnership with the DST is one of the longest running public-private partnerships in the world. Tata Trusts also joined the team and has been lending its support since 2017.

The goal of IIGP is to promote an ecosystem that enables startups to take their ideas to market through commercialization. During its first decade, the IIGP produced over 350 successful commercial deals and is credited with generating more than USD $900 million in cumulative revenue. This year, more than 2,000 applications from start-ups, and more than 700 applications from universities, were submitted to the IIGP from all parts of the country.

The IIGP’s success is a testament of dedication and support of the program’s implementation partners, including the Federation of Indian Chambers of Commerce & Industry (FICCI), Indo-U.S. Science & Technology Forum (IUSSTF), IIM Ahmedabad’s Centre for Innovation Incubation and Entrepreneurship (CIIE), and the Indian Institute of Technology (IIT) Bombay. 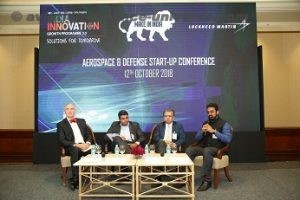