Indian Army  down the ages 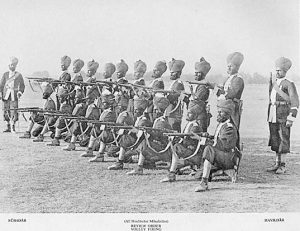 07 May, 2016. To the surprise of many in the generation gone by and the senior generation of today, youngsters do not have their fundamentals clear about the history of the phrase Indian Army. The social media has been a platform of arguments on the role of the Indian Army in the World Wars and debate on the sheer existence of the Indian Army during that time. So ADU decided to collate this information from National Archives to put across for the youth who needs to understand the institution as a whole.

The term “Indian Army” appears to have been first used informally, as a collective description of the Presidency armies (the Bengal Army, the Madras Army and the Bombay Army) of the Presidencies of British India, particularly after the Indian Rebellion. The first army officially called the “Indian Army” was raised by the Government of India in 1895, existing alongside the three long-established presidency armies. However, in 1903 the Indian Army absorbed these three armies. The Indian Army should not be confused with the “Army of India” (1903–1947) which was the Indian Army itself plus the “British Army in India” (British units sent to India).

The Indian Army has its origins in the years after the First War of Independence which we call now, often called the Indian Mutiny in British histories, when in 1858 the Crown took over direct rule of British India from the East India Company. Before 1858, the precursor units of the Indian Army were units controlled by the Company and were paid for by their profits. These operated alongside units of the British Army, funded by the British government in London. 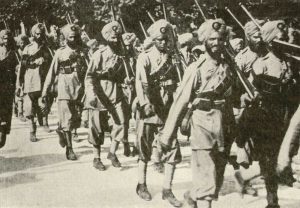 The armies of the East India Company were recruited primarily from Muslims in the Bengal Presidency, which consisted of Bengal, Bihar and Uttar Pradesh, and high caste Hindus recruited primarily from the rural plains of Oudh. Many of these troops took part in the Indian Mutiny, with the aim of reinstating the Mughal Emperor Bahadur Shah II at Delhi, partly as a result of insensitive treatment by their British officers. The meaning of the term “Indian Army” has changed over time:

From 1858–1894 the Indian Army was an informal collective term for the armies of the three presidencies; the Bengal Army, Madras Army and Bombay Army. Thereafter from 1895–1902 the Indian Army had a formal existence and was the “Army of the Government of India”, including British and Indian (sepoy) units. Post that from Lord Kitchener was Commander-in-Chief, India, between 1902 and 1909. He instituted large-scale reforms, the greatest of which was the merger of the three armies of the Presidencies into a unified force. He formed higher level formations, eight army divisions, and brigades Indian and British units.

The officer commanding the Army of India was the Commander-in-Chief in India who reported to the civilian Governor-General of India. The title was used before the creation of a unified British Indian Army; the first holder was Major General Stringer Lawrence in 1748. By the early 1900s the Commander-in-Chief and his staff were based at GHQ India. Indian Army postings were less prestigious than British Army positions, but the pay was significantly greater so that officers could live on their salaries instead of having to have a private income. 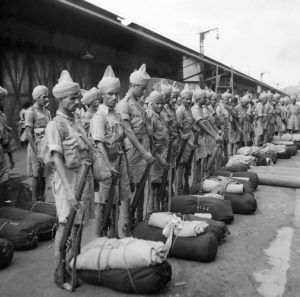 The present-day Indian Army and Pakistan Army thus were formed from units of the pre-partition Indian Army. Both of these forces, and the Bangladesh Army which was created on the independence of Bangladesh, retain Indian Army traditions.