Exservicemen living in Tawang in Arunachal Pradesh get ECHS Polyclinic 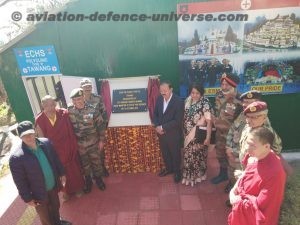 The ECHS polyclinic in Tawang was a long pending dream of Ex-Servicemen in Tawang district. The scheme will provide quality medical care to all Ex-Servicemen and their dependents who could not travel up to the nearest ECHS facilities which were located approximately 350 Km away at Tezpur and Guwahati. This polyclinic will also act as a nodal point for treatment of veterans in the empanelled super speciality hospitals in major cities of India.