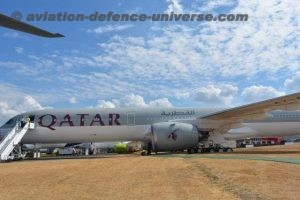 Farnborough. 18 July 2018. The third day at Farnborough clearly belonged to the engine makers. CFM International is the engine of choice to 83 737 MAX for Air Lease Corporation which signed a $2.3bn deal with Boeing. The lessor also chose 26 Pratt & Whitney engines for a deal it signed with Airbus for 26 A320neos. 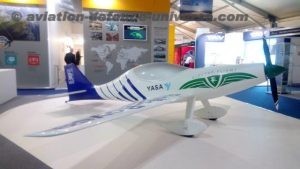 Rolls-Royce is set to develop a flying taxi and is looking for partners to build a commercial airframe. Four or five passengers could be accommodated at speeds of up to 250mph.The company said the EVTOL concept could be adapted for personal transport, public transport, logistics or military applications. And all this is in addition to the engines it has aboard the Hifly A380 and the 34 Air Asia A330Neo commitments. 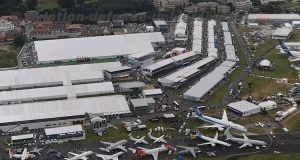 The day clearly was a good one for the regional aircraft manufacturers including Bombardier, which signed a firm order with new flag carrier Uganda National Airlines for four 76-seat CRJ900s (the African start up has also outlined plans to acquire two A330neos). Embraer meanwhile has received a LOI from Nordic Aviation Capital for three E190s – once firmed up, it will expand the lessor’s E-Jet portfolio to 134 aircraft. ATR signed a MoU with Japan Airlines Group carrier Hokkaido Air System for two ATR 42-600s with an option for a third. The aircraft, which are expected to enter service by 2020, will replace the Japanese operator’s fleet of Saab 340s. 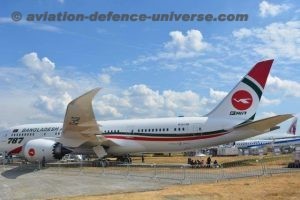 Boeing suddenly bounced back after signing the biggest deal of the day with VietJet Air for 100 737 MAX. The deal, valued at $12.7bn, covers 80 MAX 10s and 20 MAX 8s and makes the Vietnamese carrier the biggest operator of the MAX 10 in Asia. The US aviation major also secured $11bn in sales from four unnamed customers covering a total of 93 737 MAXs, 40 of which are the high-capacity variant of the MAX 8. 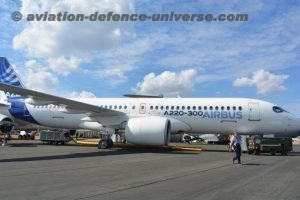 Airbus officially handed over the first A321neo to easyJet, the 235-seat aircraft becoming the 308th in the London Luton-based carrier’s fleet. It flew into Farnborough by an all-female crew. The European manufacturer also confirmed an amended deal from Mexico’s Viva Aerobus, covering 25 incremental A321neos and 16 up-conversions of A320neos to the stretched variant. Airbus also secured a further six commitments for the A330neo from an undisclosed customer.

The crowds thronged all exhibits but the one which attracted the was the vision of UK’s next-generation fighter with the Tempest concept adding significant firepower to the Ministry of Defence’s new Future Combat Air strategy.