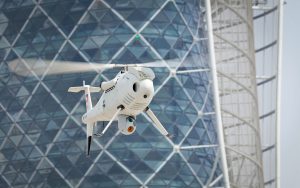 Vienna, 25 May,  2016. Ten years after the first delivery of CAMCOPTER® S-100 tothe launch customer, Vienna-based Schiebel celebrates the anniversary of its unmanned helicopter .

Development at Schiebel started in 1995 and once the first CAMCOPTER® S-100 was supplied to the UAE Armed Forces in 2006, it took only three years before Schiebel had sold the 100th aircraft.

During its on-going production since then and in line with the company’s philosophy of permanent performance enhancement, the CAMCOPTER® S-100 UAS has undergone continuous improvement in order to meet the ever growing demand for new capabilities from its worldwide customers.

Backed by Schiebel’s customers and industrial partners, the CAMCOPTER® S-100 now stands out as the unchallenged market leader in its class. After missions on five continents and oceans and in every environment from the tropics to the Arctic, the S-100 undeniably proved to be the most mature system of its kind in the world today.

The multi-sensor capability of the S-100 underpins the helicopter’s outstanding operational performance across a wide spectrum of applications, from peace-keeping and humanitarian assistance to industrial, maritime and military support. 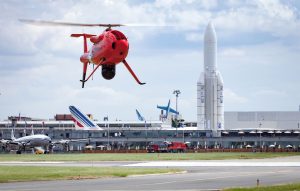 With missions completed on thirty different vessels, Schiebel takes special pride in its ability to deliver exceptional capability from remote and austere operating sites, including “single-spot” vessels. The latter clearly explains the popularity of the system among naval customers such as the French Navy, who deployed the CAMCOPTER® S-100 during their EU NAVFOR Anti Piracy Operation in the Arabian Sea, or the Italian Navy, for whose Mare Nostrum Operation in the Mediterranean the S-100 was essential.

Schiebel’s CAMCOPTER® S-100 has made history with several world firsts, including the first ever UAS flight displays at the Paris International Air Show, Le Bourget, the International Defence Exhibition and Conference (IDEX), Abu Dhabi, and the Langkawi International Maritime and Aerospace Exhibition (LIMA), Malaysia. The S-100, furthermore, excelled during its security support of both the G20 Summit in Seoul, South Korea, and the Winter Olympics and Paralympics in Sochi, Russia. More recently the CAMCOPTER® S-100 was also the first UAS to be operated in the Russian and the Canadian Arctic.

, Schiebel is especially proud and honored to assist the OSCE Special Monitoring Mission to Ukraine and the NGO Migrant Offshore Aid Station (MOAS), whose operation has saved the lives of thousands of migrants in the Mediterranean Sea.

Besides the excellent S-100 performance, the characteristic CAMCOPTER® design has won various awards and the helicopter has made its way into the permanent collection of the Museum of Modern Art (MoMA) in New York. The system is also displayed at a most prominent location in the Vienna Technical Museum.