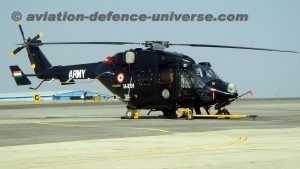 On 1st Nov 2017 the Army Aviation Corps completed 31 years of its existence since its formation on 1stNov 1986. However at the end of these 31 years it continues to fly the outdated, vintage and unsafe fleet of Cheetah/Chetak helicopters, is faced with a muddled and confused Government policy on ownership of Attack Helicopters (AH), has been denied its legitimate requirements of Medium and Heavy lift helicopters to enhance tactical lift, special operations and logistics capability and of course to even think of acquiring fixed wing aircraft for its communication requirements seems a distant dream.

A decade back the army had even processed a case for acquisition of a 10-12 Ton class of helicopter for its special operations aviation units, calling it the ‘Tactical Battle Support Helicopter (TBSH)’ with the active involvement of the HAL – however this project also did not see the light of day due to intricate turf wars within the armed forces. It was though heartening to see the HAL display a mock-up of the 10-12 Ton class ‘Multirole Helicopter’ during the Aero India Show in Feb this year, but its development in the near future remains a question mark. 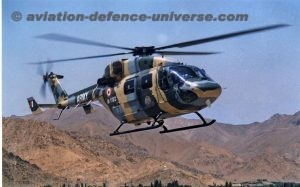 Despite the above drawbacks there have been some very significant and positive developments in the recent past. First is the Governments clearance for acquisition of six state of art Apache Longbow AH for the Army, though initially 11 were approved and second the long awaited forward movement on the Ka-226T project for replacement of the flying coffins, the Chetak/Cheetah helicopters. The most significant development in the Army Aviation’s growth plan though, has been the induction of the HAL made ALH-Dhruv helicopters – army already has an inventory of approximately 80 Dhruv’s and this fleet is expected to expand in the coming years.

It will be worthwhile to point out here that all major armies of the world have a suitably equipped and operationally potent air arm(Army Aviation Corps), which have in their inventory not only all types and class of helicopters to include attack, Medium and heavy lift, but also fixed wing aircraft for communications and logistics. In fact both our adversaries China and Pakistan have a very potent and effective air arm of their respective armies.

The Pakistan Army Aviation has in its inventory the likes of MI-17 and Chinook helicopters in the medium/ heavy lift category and the MI-25/MI-35 and Huey Cobras attack helicopters – as per reports Pakistan has also acquired the Chinese Z 10 state of art AH which has only recently been inducted into the Chinese army aviation. This certainly leaves one wondering why the 1.3 million strong Indian Army, the third largest in the world is still fighting turf battles and justifying its requirement to suitably equip and arm its air arm, in order to exploit its full potential in future conflicts.

Presently the Army has in its inventory the largest number of helicopters amongst the three services (300 plus), majority being the light observation class ( Cheetah and Chetak ). These helicopters are obsolete and have been in service for more than 40 years – keeping this fleet operational itself is becoming well-nigh impossible due to its vintage and spares criticality – a fact corroborated by both HAL and the Army. The ‘Cheetal’ helicopter (upgraded Cheetah) fielded by HAL as an interim measure is not a satisfactory solution.

While the induction of the ALH is making steady progress as brought out earlier, there are serious serviceability and maintenance issuesum and heavy lift helicopters which form the core of the tactical lift capability, continue to which need to be addressed by HAL. The medi be with the airforce. A similar situation exists with regards to attack helicopters, bulk of which despite the Government order on their ownership in favour of the army, remain with the airforce – their optimum employment is not possible in the present set up.

The army’s requirement of small fixed wing aircraft (Dornier Class), in limited numbers for roles like command and control, aerial communication hubs, logistics including casualty evacuation and communication flights has also not fructified due to turf wars – one unit per operational command has been planned. This despite the fact that even the Coast Guard and Border Security Force have fixed wing aircraft in their inventory. 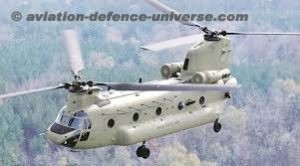 The Government’s decision to go in for the induction of 200 Russian Ka-226T helicopters in a Government to Government deal is welcome step and move in the right direction. The JV for the same has already been signed between HAL and Russian Helicopters and as per reports the contract is likely to be signed in early 2018. Out of the 200 helicopters 60 will be delivered in a fly away condition and the balance 140 manufactured in India. Simultaneously, HAL has also undertaken the development and manufacture of a three ton class light utility helicopter (LUH).

This is to cater to the light reconnaissance & observation class of helicopters for all three services. As per HAL the LUH is expected to complete flight certification soon and go into production early next year. The plans are to manufacture 184 LUH in the new helicopter complex already under construction in Tumakuru, Karnataka. Overall there is requirement of almost 500 helicopters of the light observation class, with Army’s requirement amounting to approximately 280-300, including the replacement of Chetak/Cheetah.

In the utility/lift category the induction of indigenously manufactured   ALH commenced in 2002. Since then 80 helicopters have been inducted and operationalised and another 60-70 are planned for induction in the coming decade These helicopters will form part of the Aviation Brigades of each Corps.

Another variant of the ALH is the armed version called the ‘Rudra’, which was officially handed over to the army during the Aero India show in Feb 2013 – the first unit is already operational and another under raising. Rudra is a typical armed helicopter with an array of weapon systems including gun, rockets, air to air ( Mistral) and air to ground missiles, along with a modern sighting system and integrated electronic warfare self – protection suite. However, in its present configuration it has not been integrated with a suitable ATGM, as the air version of Nag ATGM ’Helina’, being developed by the Defence Research and Development Organisation (DRDO) is not yet ready. 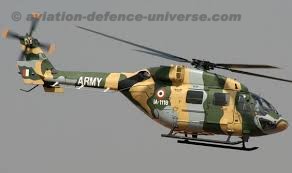 It is pertinent to note that non availability of a suitable airborne ATGM will not only impact the operational capability of the Rudra but also the Light Combat Helicopter (LCH) project of HAL. The ATGM is the main weapon system of an armed/attack helicopter and without it the helicopter merely remains a gunship, inhibiting the exploitation of its full potential.

The army is also looking to acquire a suitable helicopter in the 10-12 ton class with stealth features for its Special Operations Units as well as enhancing its overall tactical lift capability.  The HAL has been looking at the feasibility of a joint venture with a foreign vendor for a 10-12 ton class multirole helicopter whose variants would also be available to the Navy and Airforce. Barring the mock-up shown in Aero India there is no progress in sight.

The LCH is stated to be a state of art attack helicopter with capability to operate at high altitudes (16000 feet) and would meet the unique requirements of the Indian Army. The LCH uses the technology of the existing ALH and its configurations except that the fuselage is suitably modified and streamlined for tandem seating. A number of development flights have taken place since its maiden flight on 29 Mar 2010 and HAL hopes to achieve initial operational clearance this year- hopefully. Both the Army and Airforce are the potential customers for the LCH with the Army’s requirement pegged at 114 helicopters – initial acquisition of five LCH for the army has already been approved by the Government. 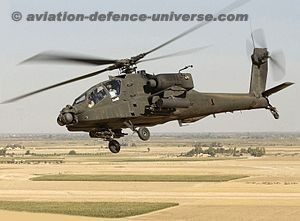 The aim is to make the force a capability based organization rather than an equipment and inventory based structure, implying commensurate induction of man, machine, organizational and infrastructural requirements. New dimensions in tactical night operations as a direct result of sensor and avionics capabilities, with the ability to operate at low levels at night will yield great dividends.  Only then will the Army Aviation evolve as a potent arm of the Indian Army, whereby its combat efficiency is enhanced to the maximum extent.

(Lt Gen BS Pawar is a Delhi based defence analyst, former Head of the Army Aviation Corps and Commandant School of Artillery. The views in the article are solely the author’s. He can be contacted at editor.adu@gmail.com.)