Le Bourget. 21 June 2017. The Skytrax World Airline Awards are recognised throughout the world as a valued benchmarking tool that measures passenger satisfaction among business and leisure travellers, across all cabins (First Class, Business Class, Premium Economy Class and Economy class).Air Astana, the flag carrier of Kazakhstan, has once again been recognised for 4 Star service excellence, retaining the accolade of ‘Best Airline in Central Asia and India’ in the Skytrax World Airline Awards for the sixth consecutive year. The airline also scooped the prize for ‘Best Airline Staff Service in Central Asia/India’ for the fifth time. The prestigious awards ceremony took place at the 52nd edition of the Paris Air Show at Le Bourget today. 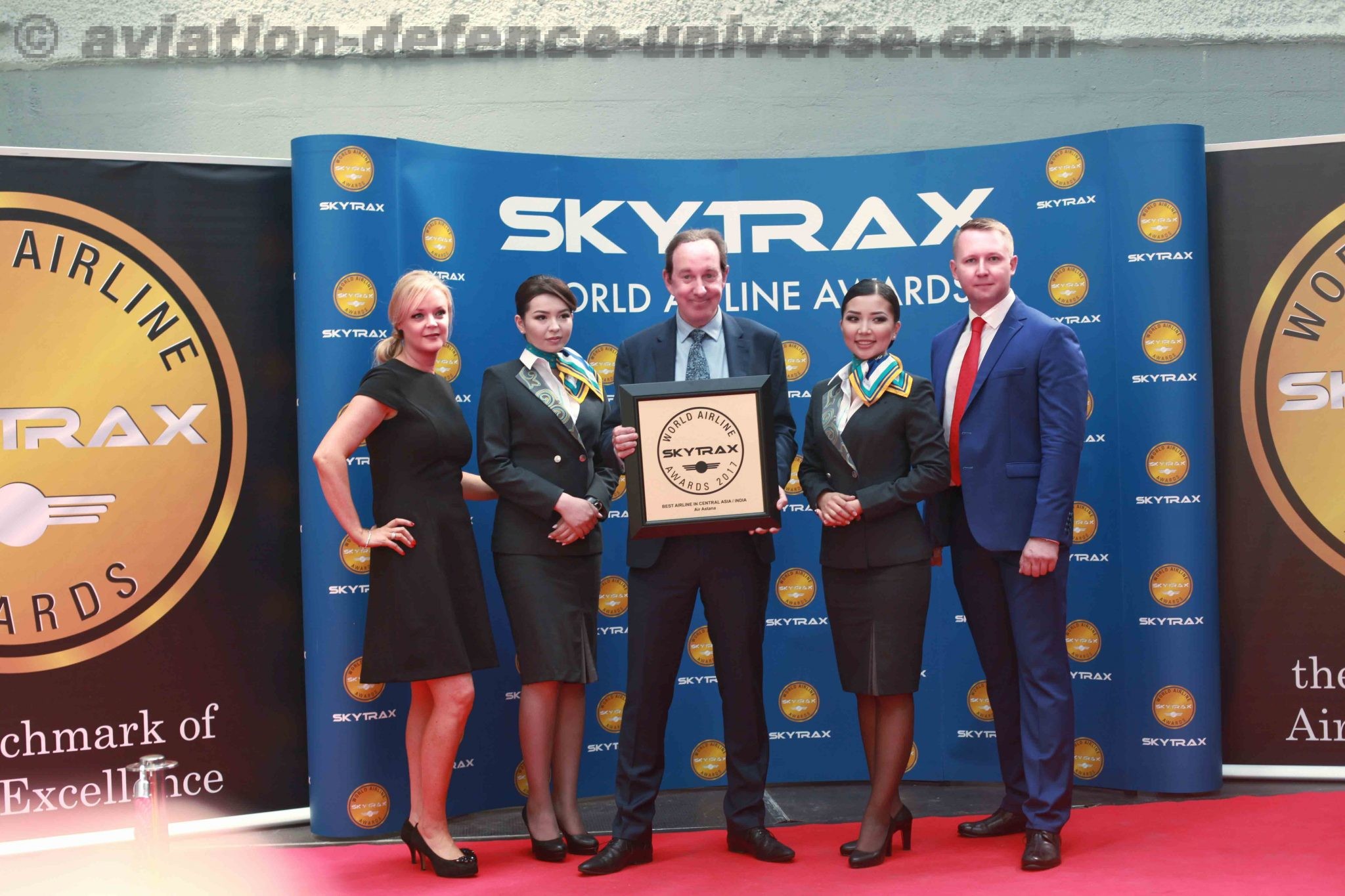 Air travellers were surveyed by telephone, questionnaires and online about their experiences with airlines on the ground and in the air over a 10-month period. The survey measured passenger satisfaction across a wide range of performance indicators of airline front-line product and service, including check-in, boarding, on-board seat comfort, cabin cleanliness, food, beverages, in-flight entertainment and staff service. The survey covered over 200 airlines, from the largest international airlines to smaller domestic carriers.

“Each one of our staff is dedicated to consistently providing service excellence and therefore we are honoured to receive these prestigious Skytrax awards,” said Peter Foster, President and CEO of Air Astana. “We deeply appreciate the enormous support shown by our customers in the Skytrax survey and will continue to strive for even higher standards in the future.”