Footfall at Army 2022 increases as days pass by 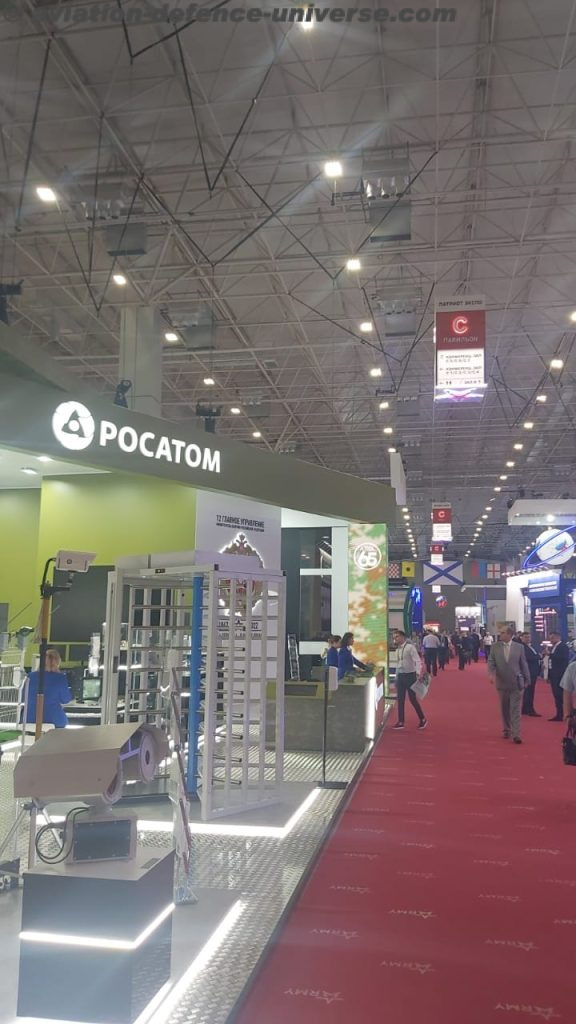 Moscow . 17 August 2022. The footfall is exciting and surprising. More than 64,000 people visited the ARMY 2022 IMTF facilities on its third day.  The Joint Press Centre of International Army Games 2022 hosted a daily briefing for journalists by Major-General Alexander Osadchuk, Head of the Main Directorate for Innovative Development of the Ministry of Defence of the Russian Federation. He began by summarising the results of the second day of the forum, which had been marked by a high level of business activity by experts and foreign delegations.

According to him Patriot Congress and Exhibition Centre and its facilities hosted 67 events of the scientific-business programme attended by 4,423 people, including foreign guests. The most significant events of the business program were held under the leadership and with the participation of a number of prominent state and political figures, as well as the senior staff of the Russian Defence Ministry.

The key events of the business programme were the plenary session “Artificial Intelligence in the Interests of DIC Diversification”, the congress “Diversification of DIC – the Foundation of Russian Hi-Tech Production”, the conference “Main Directions and Tasks of Robotization of the RF Armed Forces for the Period until 2035 in View of the Created Scientific and Technical Stockpile and Technology Development” and others.

Perhaps the biggest event of the day was X Moscow Conference on International Security, attended by more than 1,500 delegates from 35 countries.

The conference included bilateral meetings between the Minister of Defence of the Russian Federation, General of the Army Sergei Shoigu, and the defence ministers of Laos, Armenia, Kyrgyzstan, South Africa and Syria. Colonel General Alexander Fomin, Deputy Minister of Defence of the Russian Federation, held bilateral meetings with the heads of military delegations of Iran, Republic of Guinea, Republic of Mali, Burundi, Uganda, Palestine and Mongolia. Russian FSMTC also held bilateral meetings with delegations from Serbia, Venezuela, Zimbabwe and South Africa.

Yesterday, 1,497 enterprises took part in the static exhibition. During the second day of the Forum, more than 64,000 people visited the venues, which is more than 8,000 more than in the previous year, 2021. August 17, the third day of the Forum, is aimed at specialists and members of the expert community. A total of 70 scientific-business events are scheduled for today, including 38 round tables, 15 briefings, 9 conferences and 8 meetings.

The most important event of the Science Business Programme will be the plenary session “Artificial Intelligence. National Consolidation for Creation” to be held within the framework of the Congress “Artificial Intelligence Technologies, Scientific and Technological Development and Strategic Leadership”, chaired by the Deputy Prime Minister of the Russian Federation, Dmitry Chernyshenko.

The meeting will conclude with the signing of a memorandum on scientific and technical cooperation in the field of artificial intelligence.This document is aimed at uniting efforts in the field of AI, providing mechanisms for transfer of intellectual technologies, development of domestic software and hardware-component base.For foreign delegations and Russian experts, a dynamic demonstration and presentation of the firing capabilities of the Land Forces and Airborne Troops’ latest equipment is planned at Alabino  training ground.

Air programme at Kubinka airfield will feature aerobatic teams as well as static exposition of 34 aircraft.