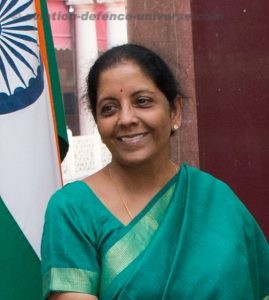 New Delhi. 08 March 2018.  Seventeen women world over have broken the strong male bastion and have turned out to be as good if not better than their male predecessors. These are the Ministers of defence in 17 countries. Matters military which were considered to be a man’s prerogative are now being handed over to the able and knowledgeable women who have the strength and the brains to manage the forces, understand their needs and ensure that the nation’s  security a top priority. Traditionally, this part of the cabinet has been given to a male in the past, but quite recently the trend has been changing and more and more women are coming at the front to play the role in the most efficient way.

The first woman to have been given the responsibility was Sirimavo Bandaranaik, who was the then Prime Minister of Ceylon in 1960s. These women at the helm of ministry of defence of their nations.