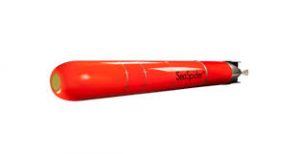 Chiba. Tokyo. 13 June 2017. The underwater environment is challenging in its variability, never more so than in the shallow waters of the world’s “Littorals”. But it is here that navies increasingly need to operate. It was motivating  to see the interest created in the technology and its use in maritime security.

Thorsten Bochentin, from ATLAS Elektronik GmbH, Germany speaking at the conference in MAST stated, “Tactically the performance provided by a solid propellant rocket propulsion system enables rapid reaction concepts of operations (CONOPS). The instant availability of high thrust levels means that “warm up”, “activization” and “spool up” phases known from many torpedo systems are not needed. Like their Above Water Warfare (AWW) counterparts underwater weapons with solid propellant rocket propulsion are instantly ready to fire.”

In underwater weapons the torpedo, be it a Light- or Heavyweight Torpedo (LWT/HWT), has the greatest requirement for speed and endurance. This results in a demand for compact high energy propulsion. Newer HWT and LWT with electrical propulsion finally offer tactically equivalent speed to thermodynamically propelled torpedoes and greater range. But like the latter these HWT and LWT all need a significant time after initiation to provide full propulsive power, making these propulsion systems inadvisable in close-in rapid reaction scenarios when seconds count.

“It is here that the strengths of solid propellant underwater rocket propulsion can be applied. If the endurance requirement is relaxed and reaction time, shallow water capability and speed are prioritized the solid propellant rocket motor becomes a more than viable propulsion alternative. Therefore the environmental capabilities of such underwater weapons are likewise improved. Conventional LWT need significant minimum water depth at the locus of their water entry. This is due to the need to “spool up” their propulsion systems until they can generate sufficient thrust for dynamic buoyancy. This “spool up” could consist of mixing electrolyte in a seawater activated battery or starting an OTTO fuel piston engine which cannot “dry run” in air. During this phase the LWT sinks to a certain depth before it can “pull up”. With solid propellant rocket propulsion and its instantly available thrust the underwater weapon can leverage water entry speed to level horizontally for rocket ignition and instantly has dynamic buoyancy available, enabling very shallow water depth launch. The restriction of solid propellant rocket propulsion for underwater weapons lies in endurance and range. Even with dedicated design of a front grain burning rocket motor maximum endurance and thus range are limited. At some point of the range/endurance requirement continuum only electrical and thermal propulsion are viable propulsion alternatives,” he informed. 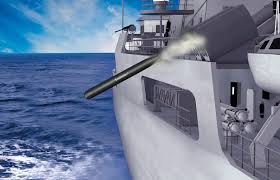 Therefore applications such as Anti-Torpedo-Torpedo (ATT) or a very low cost Very Lightweight Torpedo (VLWT), e.g. for use from UAV or “Mini-ASROC” systems, are the most likely to feature solid propellant rocket propulsion in the near future. While another advantage of solid propellant rocket propulsion is the ability to initiate unspent rocket fuel together with the warhead for greater effect this close relation of warhead mass and fuel also has repercussions on storage and transport regulations. In practice on naval vessels however the propellant mass will not be significant among the other munitions.

“In addition to technical and operational pros and cons there is a third dimension of rising importance – cost. In conventional torpedoes 60-80% of the total cost of ownership (TCO) is directly or indirectly related to propulsion. Outliers, such as the Mk50 LWT, even had more than 90% of TCO in propulsion. On the TCO front solid propellant rocket propulsion enables torpedoes, such as an ATT or VLWT, with 25% or less of TCO in propulsion. If these savings are translated into the sales price the resulting weapon systems will be very affordable. The TCO savings not only result from lower production cost but also from a greatly simplified logistics support system more akin to that of certain AWW or even Army or Air Force missiles. Especially if combined with canisterization as an All-Up-Round (AUR) industry maintenance cycles can be extended so much that Navy side depot/arsenal maintenance can be dispensed with, reducing the need for procurement and maintenance of demanding high-tech workshop capability,” Thorsten explained.