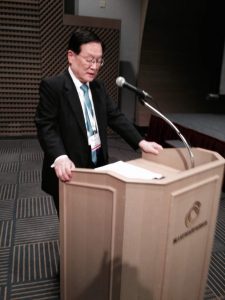 Chiba, Tokyo. 12 June 2017.  It was a day of discussions on Sea lanes defence & Undersea security and majorly solutions brainstorming at the  MAST conference with the shadow of the errant North Korea on planning and strategising these measures.

“Sea lane countries currently face many problems, trade being one of the most important. The Japanese government has already changed the arms export policy, and whilst the effect of this has not appeared immediately, it certainly is starting to do so now,” said Professor Satoshi Morimoto, Policy Adviser to Defence Minister, Japan/ Chancellor of Takusyoku University/ Former Defence Minister, Japan, MAST 2017 Chairman.

The Asia-Pacific is a region of immense development and opportunity. Conversely, security challenges in the AsiaPacific, especially North Korea’s nuclear and ballistic missile development and China’s advancement in the East and South China Seas have become collective concerns in the region. 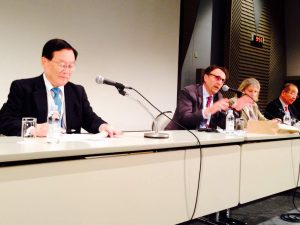 As a maritime state, it is the basis of peace and prosperity of Japan to secure the safety of maritime and air traffic through strengthening an ‘Open and Stable Seas’ order. These days, security environment surrounding Japan is increasingly severe, and securing maritime security is a vital issue for our country. Also, in light of rapid of technological innovation in recent years, it is extremely important to incorporate advanced technology into research and development. 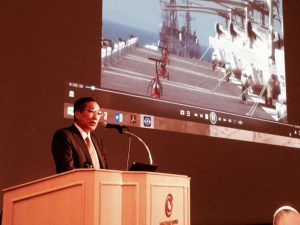 “Amid these severe security environment surrounding Japan, ATLA (Acquisition, Technology & Logistics Agency) , Japan is making various efforts in the field of defense equipment and technology. In this regards, we think that it is very significant to hold ‘MAST Asia 2017,’ where excellent researchers, engineers, and companies from countries all over the world convene in one place, in Japan. I greatly hope that ‘MAST Asia 2017’ is going to be a good opportunity to promote international cooperation and mutual understanding on maritime security, which will contribute to maintaining and developing ‘Open and Stable Seas’,” said  Hideaki Watanabe, Commissioner, ATLA. 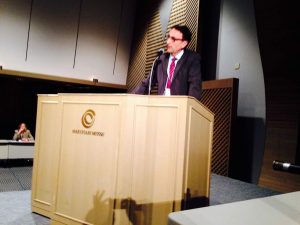 Vicent Bouvier Gen Secy for Sea, Prime Minister’s Office, French Government, explained  the significantly greater challenge in coordinating all maritime policies with other Ministries in not only France but also its international territories.  He shared with the audience how the MIRG concept was the basis for the response to emergencies relying on military and civilian coordination and cooperation. The fact that safety and security issues were becoming more closely linked led to a need for better integration, as was happening in the EU, and enhanced international cooperation, as evidenced by the successful response to maritime piracy. This would also be the way maritime security could be maintained in the Asia-Pacific region. 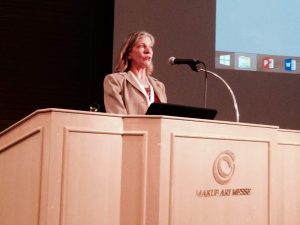 Dr. Patricia Gruber, technical director for the Office of Naval Research Global (ONR)  which  is the science and technology provider for the United States Navy and Marine Corps,  during the address informed that they fostered research from the basic research through applied research to advanced technology development, basically to the prototype or proof of concept stage, and that is any technology that has the possibility of improving the capabilities of the fleet and forces of the US .For someone who would have been the only woman in the room, most of her career, feels research should go hand in glove with military planning and strategy, only then operations will be successful. 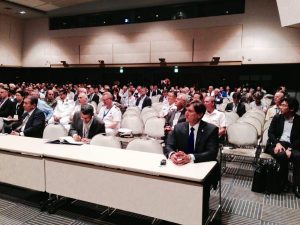 MAST 2017 opened to an  assurance of quality at every level with an unparalleled, team of renowned and respected professionals from government, research and development, academia, and industry leaders  with just one agenda – maritime strategic development & cooperation to make the seas safer for the world.