New Delhi. 04 July 2017. Eyeball to eyeball with the enemy at the not-so-sensitive Sino-Indian border with Sikkim has resulted into a standoff which has attracted eyeballs of the world. Surprisingly all has been always quiet on this front. 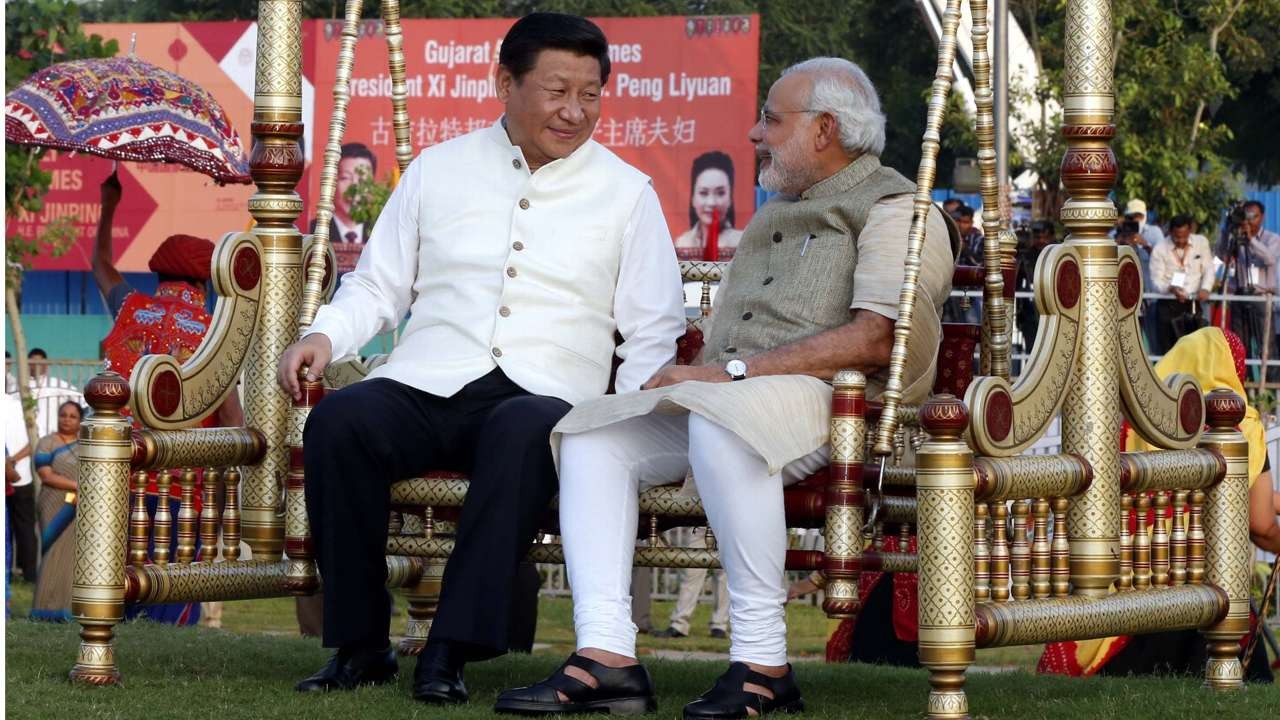 In the first week of June Chinese and Indian soldiers came in front of each other and jostled in Doklam area in Sikkim, which is also a tri-junction of India, China and Bhutan. First Chinese told Indian troops to dismantle the old bunkers but when Indian forces refused to adhere to their command they forcibly removed both the bunkers by using the heavy equipment including bulldozers. Chinese have already strengthened their position by building roads, bridges and culverts in the areas controlled by them and now when Indian authorities want to repair old bunkers, build new bunkers and roads, Chinese army is obstructing the construction activities with malafide intention to keep Indian side weak and unprepared. 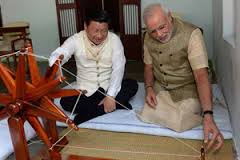 To retrace a little history of this front, in 1975, the Sikkim monarchy held a referendum, in which the Sikkemese voted overwhelmingly in favour of joining India. At the time China protested and rejected it as illegal. The Sino-Indian Memorandum of 2003 was hailed as a de facto Chinese acceptance of the annexation. China published a map showing Sikkim as a part of India and the Foreign Ministry deleted it from the list of China’s “border countries and regions”. However, the Sikkim-China border’s northernmost point, “The Finger”, continues to be the subject of dispute and military activity. 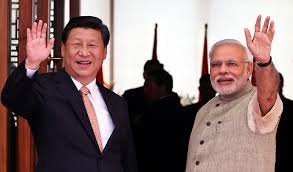 Peoples Liberation Army (PLA) has chosen the time of standoff before the beginning of Kailash Mansarovar Yatra through Nathu La Pass, thinking that it will be a jolt to ruling Bhartiya Janta Party (BJP) when Hindu pilgrims would be sent back from the area without performing the pilgrimage. Chinese also thought that BJP would succumb to pressure and would remove the bunkers but Indian side preferred not to use Nathu La Pass area for Kailash Mansarovar Yatra and refused to dismantle the bunkers and vacate the area.This second pilgrimage route was opened three years back after the meeting between Modi and President Xi Jinping. PLA proclaimed the stoppage of pilgrimage on June 20, 2017.

China had also posted a map of the area on the website of Chinese Foreign Ministry on June 30th under which, the current disputed areas were shown as the part of China and also asserted that Indian troops intruded the Chinese areas. Chinese claimed the areas up to Mount Gipmochi while India and Bhutan claims areas up till Batang La (Pass). The Bhutanese Government constantly lodge formal protests to Chinese government about the construction of roads in the region nonetheless Chinese ignored the protests.
General V. Namgyel, Bhutan Ambassador in New Delhi issued statement that Chinese are constructing road in utter violation of 1988 agreement under which both Bhutan and China agreed to maintain status quo in the region. 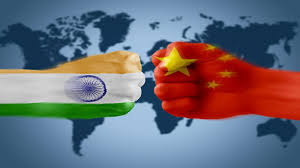 Although Chinese were the intruders but they lodged complaints in South Block, New Delhi as well as in Indian Embassy in Beijing. In the protest notes they alleged that Indian troops entered in their areas in Doklam.

The dynamic Indian Army Chief Bipin Rawat visited Sikkim and Kalimpong and met army commanders and discussed the operational plans and future strategy. He also visited Headquarters of 17 Mountain Division in Gangtok and 27 Mountain Division in Kalimpong. Both countries have enhanced the strength of armed forces in the region and the armies are facing each other. Indian army has refused to allow PLA to construct the road in this strategically significant area.

China which is encircling India by inculcating close relations with Indian neighbours including Bangladesh, Sri Lanka, Nepal, Myanmar and of course Pakistan which readily converted itself as Chinese protege. There are also reports that China would link Kathmandu through rail link in few years. Hence now China wants to intimidate Bhutan by showing its military strength although Batang La is apparently a natural tri-junction because of flow of water in the area. China also wants to establish diplomatic ties with Bhutan, initiate direct trade link so that it can influence the Himalayan Kingdom. China claims that Bhutan is an independent country hence it will deal it directly and Indian interference is not required.

In fact Chinese has diverse goals in construction of this strategic road. This road would strengthen their position and they would develop whole region and will also link the region through Railway lines. The present road will be capable of carrying tanks, heavy military vehicles including artillery guns, which indicates the ulterior motive of PLA.

Here it will not be out of point to mention that China claims whole of Arunachal Pradesh and the development of Doklam region would endanger Indian security. In future the PLA can use this road to browbeat India as Siliguri road which connects Northeast from other parts of India is only 50 KMs away. Indian security forces have to be cautious to defend chicken neck from the onslaught of China. China slowly but steadily encroaching on Bhutan territory.

Chinese Government controlled Global Times threatened that China is much stronger militarily as well as economically and if India does not amend its ways China may have to teach a lesson. It also reminded India about its defeat in 1962.

Indian Defence Minister Arun Jaitely in a hard hitting statement responded that Chinese troops were responsible for the present standoff and that India of 2017 is different from India of 1962.

Indian Ministry of External Affairs also issued a statement, contradicting the Chinese claim, mentioned that India is “deeply concerned” as China is trying to build a road in tri-junction in disputed Doklam area near Sikkim.

The analysts claim that PLA has started construction of road at Doklam to force India to join China’s ambitious One Belt One Road (OBOR) programme. The OBOR got a big jolt as India has not joined it while several other countries have also showed their apprehension about this gigantic project. Nonetheless Chinese must understand that the standoff in Doklam is counter-productive and the Indian public has become more hostile towards China.

Both the bunkers destroyed by China were old bunkers and constructed in 2012 hence destroying them in 2017 is a clear indication that China wanted to intimidate India.

China feels that India is the only country in the region which may challenge its supremacy hence it wants to humiliate India. In past China objected about the visit of Dalai Lama in Arunachal Pradesh as well as India’s efforts of improvement of the infrastructure in the areas abutting China. China which sells all types of arms and ammunition to Pakistan including missiles became apprehensive when India planned the export of advanced cruise missile system to Vietnam as well as to several other countries. Export of Indian supersonic BrahMos missile would be a game changer and it may prove a milestone against the hegemonic designs of China. The growing cordial relationship between India and United States is also disliked by China as both US and China have different approach about South China Sea. China has also objected US arms sales of USD 1.42 billion to Taiwan.

The analysts admit that at present China is much more powerful than India both economically as well as militarily and it will not be wise for India to go for an all out war. Nevertheless analysts also mention that on one hand India should strengthen its defence forces and on the other hand must develop infrastructure of borders abutting China. The other important point is that security forces must be vigilant so that China does not capture the strategic points as in case of hostilities China will get an upper hand. China which has developed good infrastructure at the borders is still investing heavily on its improvement. China is also working on several infrastructure projects in Tibet including five airports, more rail links and additional strategically important roads.

Well wishers of both the sides feel Prime Minister Modi and Chinese President Xi Jinping while attending Group of Twenty ( G-20) Summit in Hamburg in Germany on July 7 & 8 may meet to resolve this unwarranted crisis as both of them have inculcated a good chemistry. The intelligence sources also mention that China simply want to intimidate India but would not go for a war as it will also destroy its economy and rising clout in the world arena.

(Jai Kumar Verma is a Delhi-based strategic analyst and a retired senior intelligence officer. The views in the article are solely the author’s. He can be contacted at [email protected])