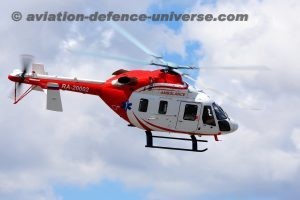 The agreements on helicopters delivery will be implemented as part of a large-scale project of Rostec State Corporation on creating a single operator of air ambulance services in the regions of the Russian Federation. In the presence of Minister of Industry and Trade of the Russian Federation Denis Manturov, the document was signed by Andrey Boginskiy, Director General of Russian Helicopters, Ruslan Golik, General Director of National Service of Medical Aviation, and Roman Pakhomov, General Director of Avia Capital Services LLC .

“Development of EMS aviation is one of the priorities of the “Health” national project. Rostec implements a comprehensive project in this area on establishing a special air ambulance service, providing it with aircraft and building the necessary ground infrastructure. 150 helicopters will be manufactured and delivered specifically for NSMA — this is a record number of helicopters made for EMS aviation. Investments in the project exceed 40 billion rubles. The complex of measures that we implement will allow the new service to effectively carry out life-saving missions,” stated Sergey Chemezov, CEO of Rostec State Corporation at the signing of the contract.

Last year, Rostec State Corporation undertook the initiative on creating a united system of air ambulance in Russia, which was supported by the President of Russia. The purpose of the National Service of Medical Aviation is to perform operations providing medical care 24/7 in accordance with a common standard. The project is financed by Avia Capital Services LLC, which procures helicopters and provides them to the National Service of Medical Aviation for 15 years on financial lease terms.

The National Service of Medical Aviation is already transporting patients in need of emergency care in Saint Petersburg, the Moscow Region, the Leningrad Region, the Sverdlovsk Region, the Novgorod Region and Karelia. 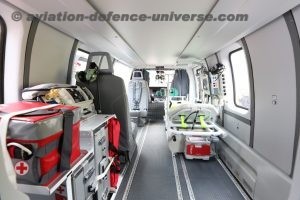 Under the contract, at Hydroavaisalon, the first Mi-8AMT EMS helicopter was officially handed over to NSMA. The helicopter is fitted with the necessary medical equipment for resuscitation on board, including an artificial lung ventilation system and a Tele-ECG machine which reads an electrocardiogram in real time.

The Mi-8AMT and Ansat medical helicopters meet all international air ambulance standards and have the necessary equipment to provide medical care during patients’ transportation.