Navy to bid adieu to the Sea Harrier 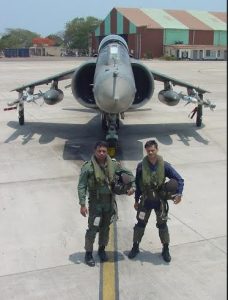 New Delhi. 10 May, 2016. The Indian Navy is set to bid farewell to its pride –the unique short take-off/vertical landing Sea Harrier fighter aircraft which will make way for new MiG to protect the blue waters from its home on the aircraft carrier.

The force had recently retired its fleet of BAE Systems Sea Harriers. A flight of six single-seat Sea Harrier FRS Mk 51s was officially ‘disembarked’ from INS Viraat , the IN’s 57-year-old, 23,900-tonne Centaur-class aircraft carrier, on 6 March, prior to the Sea Harriers being officially retired from service on 22 March.

Following government approval in April 1956 for the development of combatant naval aviation, Indian Navy was able to finalize the acquisition of the aircraft carrier ex-HMS Hercules along with two aircraft squadrons of Hawker Seahawk for it’s air wing. On 7 July 1960, INAS 300 was commissioned at the Royal Naval Air Station in Brawdy, under the command of Lt Cdr BR Acharya, sporting on its crest the White Tiger of Rewa. A total of 23 Seahawk Mk 6 aircraft were acquired along with the aircraft carrier HMS Hercules, later commissioned into the Indian Navy as INS Vikrant. On 18 May 1961 at 1030 hrs, the first Seahawk, piloted by Lt Cdr RH Tahilhiani, landed onboard the carrier. 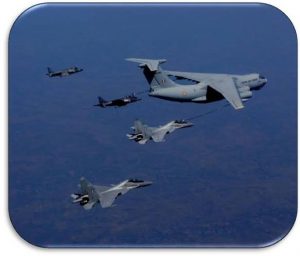 During the 1971 India-Pakistan conflict, the 18 aircraft White Tiger squadron embarked INS Vikrant on August 1971 and was ready for operations by November. Air strikes commenced on 4 December 1971 against targets in erstwhile East Pakistan. The first strike consisting of 8 Seahawks wrecked the facilities at Cox’s Bazaar. In a mere 10 days, between 4 and 14 December, air strikes accounted for more than 100,776 tonnes of Pakistani shipping sunk and targets destroyed at Cox’s Bazaar, Chittagong, Khulna, Chalna, Mongla, Do Harisal, Barisal, Chiringa and Bakarganj including airfields, shipping, AA positions, oil fields, ammunition dumps, harbours and troop positions. When the conflict ended, INAS 300 had not suffered a single loss. The squadron won one Maha Vir Chakra, five Vir Chakras, one Nao sena medal and four Mentions in Despatches.

After being the mainstay of the Indian Naval air arm for 18 years, the Seahawks disembarked from INS Vikrant for the last time on 8 May 1978 and were phased out by the end of 1978. The last flight of the Seahawk was on 16 Dec 1983 where a solitary aircraft flown by Cdr UP Bapat escorted the first three Sea Harriers as they arrived over the naval air station in Dabolim. 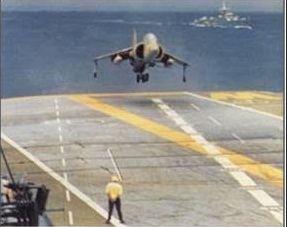 Following the phasing out of the then obsolete Seahawk from the Royal Navy in the early 1960s, the Indian Navy trained its sight on the STOL/VTOL Harrier being developed by the British Aerospace. In November 1979, post government approval, Naval HQ placed an order for 06 Sea Harrier FRS Mk 51 fighters and 02 T Mk 60 Trainers, for delivery in 1983. In September 1980, Sea Harrier Project (SHARP) was formed at Kingston with select naval aviators and technical personnel for coordination of trials, testing, acceptance and training. The first newly built Sea Harrier for the Indian Navy (IN 601) was ready on 21 December 1982. The first three Sea Harriers, flying via Malta, Luxor and Dubai, led by Lt Cdr Arun Prakash VrC, landed at Dabolim on 16 December 1983. This was followed by the first deck landing on the carrier, INS Vikrant, on 20 Dec 1983 and the arrival of the first Sea Harrier T Mk 60 trainer, on 29 Mar 1984.

The reborn, White tigers of the Indian Navy were now a totally professional outfit and came out with flying colours during frequent embarkations, joint exercises, Dissimilar Aircraft Combat Training and Air to Air gunnery exercises.  The squadron was embarked on the carrier during the Operations Vijay and Parakram providing the essential offensive posture to the country and ensuring readiness to react to any escalation by the enemy. 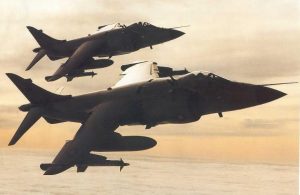 In last few years the Harriers have added a new dimension to their operations with the increased multi national exercises which the Indian Navy participates. These exercises have seen the Harriers facing eye-to-eye with the best in the business. The magnificent carriers and the flying machines of the American, French and British navies have come, exercised and gone back suitably impressed. Always operating with modest equipment and resources, yet coming out with extraordinary results, the White tigers have built an enviable reputation for themselves and continue to remain at the forefront of Indian Naval Aviation. 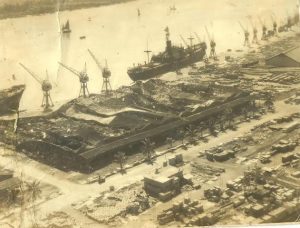 The Sea Harriers had undergone a weapon and avionics upgrade since 2007 to match up with any opposition. The upgraded Sea Harrier christened LUSH (Limited Upgrade Sea Harrier) was a shot in the arm for the Indian Naval aviation. The Sea Harriers, in their ‘new avatar’, were a formidable force to reckon with. LUSH aircrafts, with their new inventory of armament were ever ready for the present day Beyond Visual Range environment in which modern aircrafts operate. Post limited upgrade in which the aircraft was fitted with a new Multimode Radar, Beyond Visual Range (BVR) missile and a Datalink, the Sea Harrier fleet had redeemed itself as the best Carrier borne ‘air defence fighter/interceptor’ in the Indian Ocean Region. The flexibility offered by the aircrafts capability to undertake Short/Vertical takeoffs and landings had enabled it to operate from any fixed wing carrier and had regularly conducted cross deck landings on ships of foreign navies.

With the scheduled decommissioning of INS Viraat and great difficulty in maintenance of the aging Sea Harrier fighters, the Sea Harriers are scheduled to be de-inducted on 11 May 2016.  The Squadron will be operating the advanced MiG 29K fighters.
Share this on WhatsApp